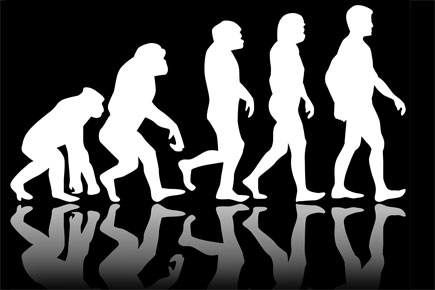 
Evolution is considered to be closely connected with survival. That is, species evolve over time to adjust with changes in the environment, and those that fail to do so are unable to survive. However, according to the authors of a new study, the competition to survive has no bearing on the evolution of a species.

The study, which was published in PLOS ONE, was conducted by two computer researchers from the US who used a simulated model designed to mimic how organisms evolve. The simulations were based on an algorithm. The researchers—Kenneth O Stanley from the College of Engineering and Computer Science at University of Central Florida, and Joel Lehman, a researcher at University of Texas at Austin—saw increasing evolvability in the models even without the presence of any competitive pressure.

The authors write in the study: ‘Why evolvability appears to have increased over evolutionary time is an important unresolved biological question. Unlike most candidate explanations, this paper proposes that increasing evolvability can result without any pressure to adapt.’ Explaining that viewing the process of evolution as a response to survival may be flawed, the authors add, ‘However, even assuming that evolvability has truly increased, these results still illustrate the danger in habitually viewing evolution through the lens of selection pressure. An alternative perspective through which to interpret the results is to view evolution as a process driven to diversity as it expands through new niches…’

The researchers claim that when a species evolves over time, it does so irrespective of whether they are competing for—habitat, food, or other factors. According to the researchers, over time, evolvable organisms become increasingly diverse compared to less evolvable ones, and thus naturally separate themselves. Whenever a new species emerges, the authors theorise, they are not a product of changes in the environment, but simply descendants of a more evolvable ancestor or organism. The researches write, ‘In this way the story of biological evolution may be more fundamentally about an accelerating drive towards diversity than competition over limited resources.’