Yes, the lay of the land has a bearing on verbal communication 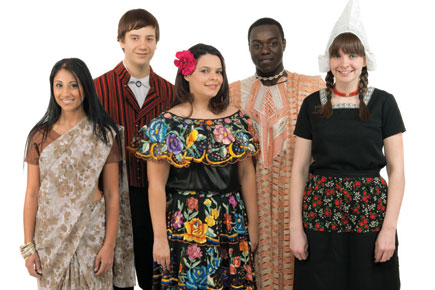 Yes, the lay of the land has a bearing on verbal communication


Why do languages vary? Can the environment and topography of a certain area have a bearing on the language spoken? A new study in Science shows for the first time that geography influences the sound of a language. The study shows that languages containing ejective consonants—words that are spoken with rapid and intensive bursts of air—are spoken mainly in regions of high elevation. As the height of an area increases, so does the use of ejectives in the language of that area.

The research was conducted by Caleb Everett, an anthropological linguist at University of Miami, US. He examined close to 600 languages across various continents, 92 of which contained ejectives. He found that out of six major high altitude regions where people live, ejectives were used in languages spoken in and nearby five of these regions.

The high-altitude regions where ejectives are used include the North American Cordillera; the Andes and the Andean altiplano; the southern African plateau; the plateau of the east African rift and the Ethiopian highlands; and the Caucasus range and Javakheti plateau. Ejectives are absent in the languages of those living on the Tibetan plateau and surrounding areas. While no explanations on why those living on and near the Tibetan plateau do not have ejectives in their language has been offered, earlier studies have shown that Tibetans have uniquely adapted to high-altitude life. They breathe at a faster rate than most other humans and can make efficient use of sparse oxygen in the air. This perhaps may have a bearing on the absence of ejectives in their languages.

According to Everett, ejectives have emerged in these areas because it takes less effort to produce them in these parts. He writes in the journal, ‘We suggest that ejective sounds might be facilitated at higher elevations due to the associated decrease in ambient air pressure, which reduces the physiological effort required for the compression of air in the pharyngeal cavity… In addition, we hypothesize that ejective sounds may help to mitigate rates of water vapor loss through exhaled air. These explications demonstrate how a reduction of ambient air density could promote the usage of ejective phonemes in a given language.’