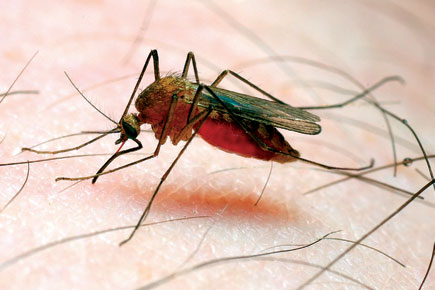 
Sickle cell Anaemia afflicts a huge number of people in India and Africa, and has a high prevalence in areas where malaria is endemic. The disease is seen only in people who have two similar copies of a particular gene, and can be debilitating—with life expectancy severely reduced.

It has long been known that people who have only one copy of the sickle cell gene are conferred a significant ability to resist the affects of malaria, but the exact mechanisms had been a mystery for a decade, till the work described in a paper in the latest issue of Cell. This mechanism, unveiled by researchers in Portugal led by Miguel P Soares, has the potential of yielding new means of combating malaria.

According to a press release, ‘Ana Ferreira, a post-doctoral researcher in Miguel Soares’ laboratory, demonstrated that mice … that had been genetically engineered to produce one copy of sickle hemoglobin similar to sickle cell trait, do not succumb to cerebral malaria’. When the brains of the mice where studied, the lesions associated with the development of cerebral malaria were found to be absent, despite the presence of the parasite. As Miguel Soares describes it, “Sickle haemoglobin makes the host tolerant to the parasite.”

“Ana Ferreira was able to show that the main player in this protective effect is heme oxygenase-1 (HO-1), an enzyme whose expression is strongly induced by sickle haemoglobin. This enzyme, that produces carbon monoxide, had been previously shown … to confer protection against cerebral malaria…. When produced in response to sickle haemoglobin the same gas, carbon monoxide, protected the infected host from succumbing to cerebral malaria without interfering with the life cycle of the parasite inside its red blood cells.’’

Soares and his team believe that the mechanism they have identified for the sickle cell trait may be a general mechanism acting in other red blood cell genetic diseases that are also known to protect human beings against malaria.