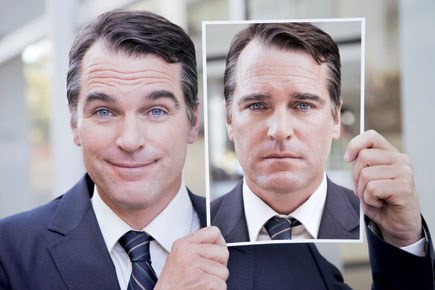 While cynicism in the past has been linked with overall poorer health and reduced psychological well-being compared to a relatively cheerful demeanour, one could argue that cynicism—a tendency to question other people’s motives and believe that humans are fundamentally self-interested—could make an individual better cut out for success in today’s competitive world. As it turns out, this too could be wrong.

According to a new study published in the Journal of Personality and Social Psychology, cynics have lower incomes than idealists. The researchers argue that cynical people are likely to be distrusting and avoid cooperation. They also tend to devote more resources than necessary to protecting themselves and their assets from exploitation, making them also less likely to ask for help from others. In comparison, the study claims, those who hold a more benevolent view of human nature may be more likely to benefit financially from opportunities to join forces with others.

Interestingly, it was found that the earnings disparity doesn’t hold true for participants who reside in areas with widespread antisocial behaviour like high homicide rates. In such areas, where a cynical outlook is likely to serve as a safety measure, a cynical attitude doesn’t interfere with financial achievement.

For the study, a series of studies were conducted. In one study, surveys of adults in America were analysed. The researchers found that high levels of cynicism (indicated by personality questionnaires that subjects had to fill) is correlated with lower income some years later. Another study on a representative sample of 16,000 Germans found that less cynical people earn at least around (controlling for other factors) $300 more per month than their more cynical counterparts.

Olga Stavrova, the lead author, told the American Psychological Association, “Occupational success and economic prosperity represent important life goals for many people and promote life satisfaction and psychological well-being… Our findings may help in achieving these goals by encouraging people to adopt a more benevolent and idealistic view of human nature and trustful attitude towards their peers.”