Randomly and widely varying returns on investment, a study finds, lead to concentration of wealth 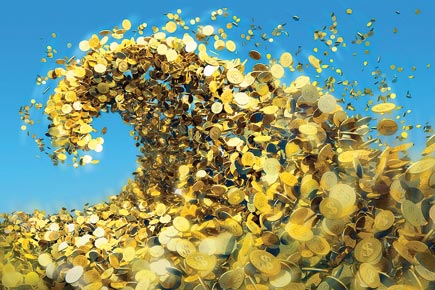 Randomly and widely varying returns on investment, a study finds, lead to concentration of wealth

According to a university press release: ‘The researchers simulated the performance of a large number of investors who started out with equal amounts of capital and who realized returns annually over a number of years. But wealth did not remain equal, because each year an entrepreneur’s return was a random draw taken from a pool of possible return rates. Thus, a high return did not guarantee continuing high returns, nor did early low returns mean continuing bad luck. Even though all investors had an equal chance of success, the simulations consistently resulted in dramatic concentration of wealth over time. The reason: with compounding capital returns, some individuals will have a string of high returns and, given enough time, will accumulate an overwhelming share of the wealth.’

‘This appears to be a fundamental feature of economies where wealth is primarily generated from returns on investment (for example, through business ownership and growth), the researchers said. “Predictions from this model about how wealth is distributed were more accurate than predictions from classic economic models,” said first author Joseph Fargione. The model predicts that the rate at which wealth concentrates depends on the variation among individual return rates. For example, when variation is high, it would take only 100 years for the top 1 per cent to increase their share of total wealth from 40 per cent—a recent level in the United States—to 90 per cent.’’’

‘But while the rate of wealth concentration was increased by high variation among individual investors’ returns, it bore no relation to the average economic growth. “This leads to the surprising finding that wealth will concentrate due to chance alone in growing, stagnant or shrinking economies,” said co-author Steve Polasky.’’’