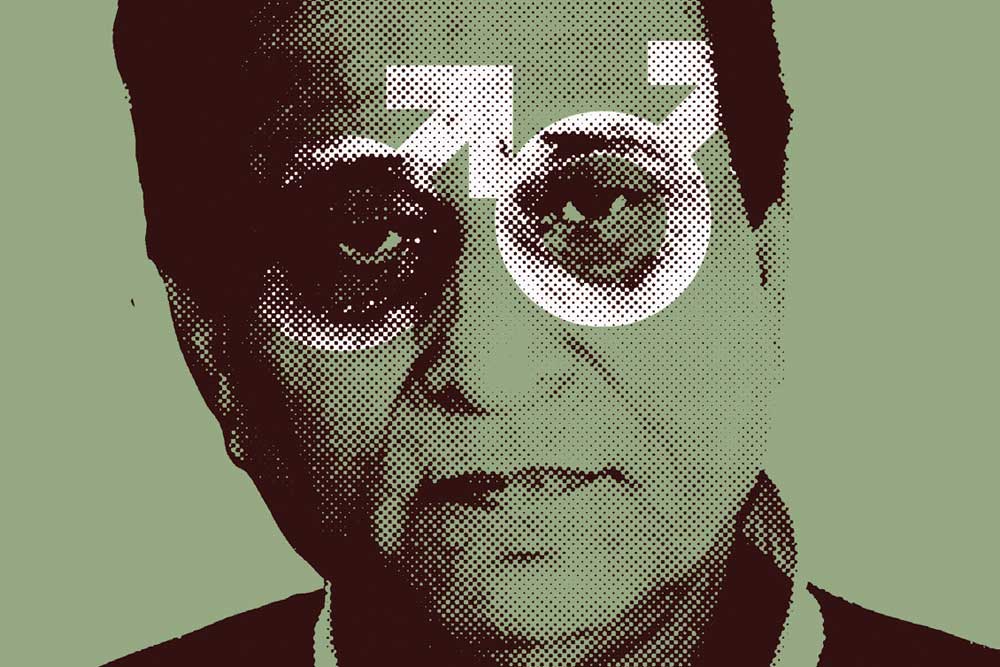 
‘LADKE LADKE HAIN, galati ho jaati hai (Boys will be boys, they commit mistakes).’ That was Mulayam Singh Yadav commenting on rape in 2014. Well, the biggest boy of them all is his long-time friend and co-founder of the Samajwadi Party, Azam Khan, and the latter’s mistakes are usually verbal. The 70-year-old, nine-time Rampur MLA who was elected to the Lok Sabha from the same constituency in May has never been known to think before he speaks. He is as liberal with the targets of his unfiltered ire as he is conservative with his thinking. According to a 2014 statement, Allah punished Sanjay Gandhi and Rajiv Gandhi for “forcible” sterilisation during the Emergency and “shilaanyas” at the disputed site in Ayodhya, while the 2015 series of Paris terror attacks were retribution for the actions of superpowers like America and Russia. “History,” he said, “will decide who is a terrorist.”

Women have an especially low standing in his world, as evidenced by his serial offences against former party colleague Jaya Prada whom he has referred to as naachnewali and wearer of khaki underpants. His remarks about looking BJP MP Rama Devi (then in the chair of the Lok Sabha) in the eye, uttered along with an incomplete Shahab Jafri couplet, are symptomatic both of his inability to converse with women as equals as well as his party’s deep-rooted misogyny manifest even in second-generation leaders, such as Akhilesh Yadav’s bhaiya brigade.

Khan’s style of addressing women may have seemed courtly in another century but in contemporary India, it just looks out of date. Business Standard Consulting Editor Radhika Ramaseshan has watched him closely since 1993 when he was a minister in the SP-BSP government in Uttar Pradesh. “He would always ignore women journalists when we called on him as a group as though we had no business being there. He lives in a time warp, is gender-intolerant and thinks every woman politician exists only to be ogled or laughed at,” she says, adding he plays the minority card when besieged.

Ironically, it was his way with words—his taqreer—that endeared him to Mulayam Singh Yadav, whose speeches were never as advanced as his wrestling skills. Senior Lucknow-based journalist Sharat Pradhan says Khan has always trained his guns on his political foes with unrestrained sarcasm using flowery Urdu.

Khan, a law postgraduate from Aligarh Muslim University (AMU), cut his professional teeth on the campus, winning the students’ union election for the post of general secretary in 1975 and playing a major role in the agitation to protect the institution’s minority status. Jailed during the Emergency for almost two years, for his vocal opposition to forced sterilisation, he won his first election from Rampur in 1980 on a Janata Party (Secular) ticket. AMU is also the alma mater of his wife, PhD scholar Tazeen Fatma, who has been a member of the Rajya Sabha since 2015 from the Samajwadi Party.

But there is no imminent danger to Khan in his party despite recent raids on the university he founded in 2006 in Rampur involving the alleged theft of rare books or the alleged mismatch in his son Suar MLA Abdullah Azam Khan’s passport. He has decisively won the death match against his one-time rival, Amar Singh, for Mulayam Singh Yadav’s affections, with Singh being ousted from the party. And he has, like the other old fox, Ram Gopal Yadav, managed to transition as elder statesman to the next generation, from Netaji to Betaji.

Khan may no longer be as powerful as before—in 2013, he got Dalit writer and social activist Kanwal Bharti arrested for a Facebook post and was able to dispatch uniformed policemen and sniffer dogs to chase errant buffaloes belonging to his dairy farm—but till his party relies on its Muslim-Yadav combination, he will remain a force in the politics of the country’s largest state. With his son ensconced in the Suar Assembly constituency and his wife standing up for him in the Rajya Sabha, his legacy seems safe—even though his party is not in power in the state and is up against another party at the Centre that is predisposed to vanquishing minority vote banks.