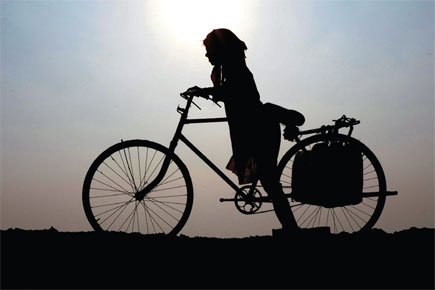 
In Satara, unwanted girls get a name: Nakusha. It translates, directly, to ‘unwanted child’. Satara is among Maharashtra’s better off districts, but its families clearly prefer sons. Now, in an effort to change attitudes towards daughters, its district collector has initiated renaming ceremonies and rewards for families who agree to give their girls a ‘new beginning’.

Satara’s villagers tend not to hold naming ceremonies for baby girls. Nor do they spend on their nutrition, welfare and education. Many lactating mothers are not allowed to breastfeed their little daughters. Girls who are privileged enough to have been breastfed are not entitled to milk once they are weaned off their mothers’ milk. Typically, even otherwise, male kids get to eat first, and their sisters make do with leftovers. Likewise, new clothes or toys are a boy’s prerogative. Incidentally, Satara, home to a majority of Maharashtra’s politicians, has a sex ratio of 881 girls for every 1,000 boys.

Therefore, when villages here hold naming ceremonies for their daughters, it is indeed a novelty. This is something the district collector, Dr Ramaswamy N, hopes to change. To that end, he has launched a house-to-house campaign to identify all girls named Nakusha, and accord them dignity. The DC’s office has identified 900 such girls since the campaign began about two months ago.

The collectorate holds a lavish naming ceremony for all Nakushas, and gives them a new name. This name becomes their new identity and is registered with the civic body or municipality. It does not stop there. Their parents are given free rations, and the renamed girl child gets access to the state government’s free education and transportation schemes. Social workers have promised to monitor such families and ensure that the child is treated well at home.

A group of volunteers from the civil hospital in Satara, the DC’s office and social organisations have taken it upon themselves to persuade families to not undertake sex determination tests, and encourage equality for their daughters. Films on the lives and achievements of eminent women will also be regularly screened at village halls. Dr Ramaswamy also plans to invite women achievers to be part of the ‘Nakusha campaign’