The Story of an Ideal Village

Devli in MP has a committee on everything, from marriages to migration 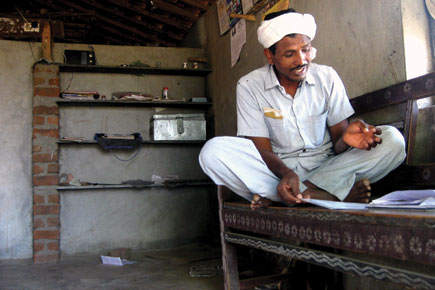 Devli in MP has a committee on everything, from marriages to migration


In 2009, 25 sarpanches of villages from Sendhwa and Niwali blocks headed to Hiware Bazaar, a village close to Anna Hazare’s Ralegan Siddhi. There they saw the Gram Sabha functioning in a utopian way. Mukesh Duduway from Devli was one of them and he came back impressed.

“Our village is home to some brilliant minds, including an engineer and 19 teachers. And yet, we were reeling under bad health, malnutrition, low agricultural productivity, low standards of education and corruption,” Mukesh remembers. He began to discuss with members of Adivasi Mukti Sangathan, a grassroots group, how Devli could also be made ‘ideal’.

Another worried resident was Kahar Singh Senani, a senior engineer with the government. In February 2009, he invited the village folk—mostly from the Bhilala and Barela tribes—for an informal chat. The 500 who turned up spoke about petty fights being bred through the government’s non-delivery of schemes, and alcohol as a nuisance.

A survey of the 380 households revealed that only 15 families lived off their own agricultural produce; others were daily-wage labourers. And yet, they were not living within their means. They spent too much on occasions like weddings. “Some men had 14 pairs of trousers! What is the need? We decided that any man owning more than 14 pairs of trousers will be considered ‘rich,’” says Mukesh.

In April 2009, they drafted a 14-point manifesto. A collective oath was taken to ban alcohol in Devli. Resident entering the village after drinking outside were fined Rs 1,500. An existing alcohol shop became an eyesore for the reforming village. “Senani is a rich man. He paid the shop owner Rs 52,000 to shut the shop. Now, we have a general store there run by women,” says Mukesh.

Several committees were also created. There is one for advising on marriages; another of women to inspect cleanliness; another helps build a corpus stock of grains to do away with the government’s public distribution system; and one investigates details of families migrating to Maharashtra and Gujarat. “Look at our village today. You will realise there is no poverty in the world; only laziness,” says Sarpanch Lakha Duduway.