Girls, in parts of rural Maharashtra, are refusing to marry into homes without toilets 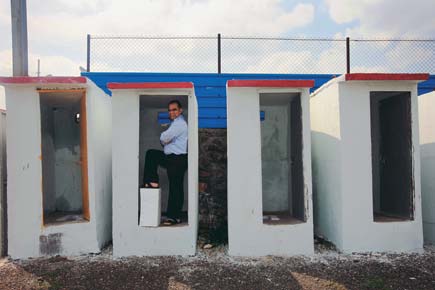 Girls, in parts of rural Maharashtra, are refusing to marry into homes without toilets


A man can be rejected by women for many reasons, but could his toilet be one of them? In some parts of rural Maharashtra, grooms who do not come with the promise of a home toilet are being spurned by potential brides.

Take Asgaon, a pretty village in Satara district. In 2002, the gram sabha (general body of the village) took two decisions: they wouldn’t give dowry and, more curiously, wouldn’t marry their daughters into households that don’t have toilets. All its 1,032 residents continue to adhere to both resolutions. “When my niece’s marriage was being fixed, we rejected two men because they didn’t have toilets at home,” says Chandraprabha Shinde from Asgaon. The local women’s self-help group claims they have lost count of the number of such rejections.

When a central government campaign called Sampoorna Swachhta Abhiyan was launched here in 2003 to increase awareness about sanitation, women immediately latched on to it to demand home toilets from their husbands and fathers. In Targaon village, when the local teacher read out a notice to his students, urging them to demand a toilet on Rakshabandhan, the girls ganged up and strategised. They decided to give their earrings, anklets, chains and watches to their parents, in return for a toilet.

Fifteen-year-old Gauri Mahajan was one of them. Her mother was apprehensive, but she needn’t have worried. “Our mothers are afraid of our fathers, but all fathers love their daughters. So when the same request came from us, they melted,” says Gauri.

Inspired by the girls, the Targaon Panchayat decided to provide some momentum to the campaign by embarrassing people into constructing toilets. The school band was made to play in front of homes that did not have toilets. Other means, too, were employed. A Panchayat member displays a rather unsavoury photo album full of villagers caught on candid camera after defecating in public view. “Most people are so embarrassed after seeing the photograph that they agree to build a toilet,” he says.

But things happened even without coercion. When Komal Aawale from Targaon gave her ornaments for a toilet, her grandmother too handed over her gold earrings. “My brother, who does temporary jobs in Mumbai, sent us Rs 3,000,” says Komal. A woman in Karad village reportedly sold her mangalsutra. S Kadupatil, ceo of Satara zilla parishad, pleased with the success of the sanitation programme, says, “It worked because it targeted women.”

A woman in Asgaon says, “Unlike males, females can only go in early mornings and the nights to avoid being seen. They have to face the risk of snakebites, pig attacks and scratches from the rough sugarcane crop.”

Maharashtra’s rural women are spreading the home toilet concept to a society that has for thousands of years been content with the great outdoors.