The Affair That Wasn’t? 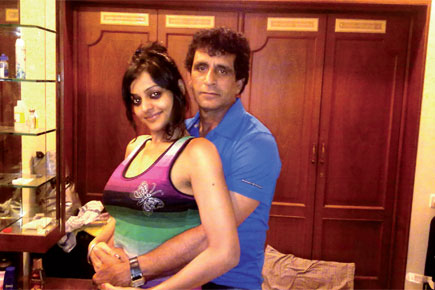 
Around six months ago, the story of one of ICC’s Elite Panel umpires, Asad Rauf, having an extramarital affair with an aspiring model and actress in Mumbai made front-page news. The little-known model, Leena Kapoor, claimed that Rauf had promised to marry her and exploited her sexually for several months.

The news of the umpire with a dirty little secret got much play in the media. Over the course of the next few days, she wrote a complaint to the police and held a press conference, where she unabashedly revealed details about their relationship and shared a number of photographs with him. She even claimed that she was receiving anonymous calls threatening her to drop the case. She demanded that Rauf marry her and buy her a house and car like he had promised. Otherwise, she claimed, she would press charges. But the well-known Pakistani umpire claimed to be innocent. He told the Daily Mail, “She (Kapoor) wanted to come into the limelight, and she has.”

Last week, an interesting development took place. Kapoor requested the police to drop the case altogether. When contacted, she stated that ever since the news appeared, her personal and professional life had hit rock-bottom. “My parents refused to support me financially. They did not even allow me to visit them. They were ashamed of me. I lost a lot of modelling and film contracts too. I forgive Asad and want to move on,” she states.

Although she did not wish to dwell much on the subject, she was inclined to speak about a new film in which she has acted. She says she has a small role and an item number in Gujjar Andolan, about a stir last year by Gujjars demanding that government jobs be reserved for them.

What is interesting to note is that she had so far not even made a police statement. She had only written a complaint to Deputy Commissioner of Police Pratap Dighavkar in August 2012. She had not pursued the matter thereafter. Last week, when policemen from the Oshiwara police station called her up to record her statement so that police proceedings could be started, she told them to drop the complaint.