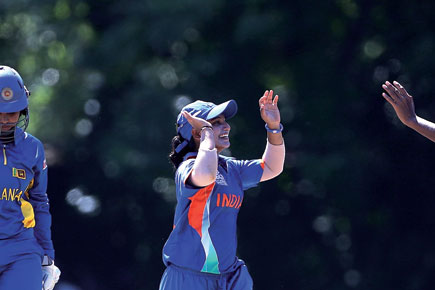 With fame comes bouquets and brickbats. However, for a young cricketer representing Maharashtra, her steady rise brought threatening text messages and a fake Facebook account. The perpetrator, it is alleged, is her teammate and former captain of the Maharashtra team, Anuja Patil.

The 17-year-old victim and Anuja, 22, both hail from Kolhapur. They were groomed by the same coaches and played a number of matches together. In June 2013, the victim started receiving threatening messages from an unknown number.

“[The text messages] happened over the span of seven days in June,” says the father of the complainant. “When I saw the fake Facebook account [made in the victim’s name], I met the police and went to its cyber security cell.”

It was found that the number used to register the fake account belonged to Patil’s mother. Patil denied that she had played any role in the matter, and no formal charges have been pressed against her by the victim’s family.

But the situation worsened thereon. The victim’s father says that Anuja and the victim played more matches together over the next few months. In December, in a match in Bhubaneswar, Patil is reported to have once again tried to intimidate the minor.

“If she had apologised, the matter was over,” says the father. But seeing how it was affecting his daughter emotionally, he registered a complaint in the last week of December with the Kolhapur District Cricket Association. On 5 January, a First Information Report (FIR) was lodged against Patil and a certain Bharat Purohit, who is alleged to have harassed the victim and helped Patil set up the Facebook account.

The investigating officer on the case, Chandrakant Khaire, refuses to comment on the matter. The KDCA chief Bal Patankar says that Patil has been temporarily suspended. Patil refuses to speak without consulting a lawyer first.