Imagine the confusion when 146 families have just one common address 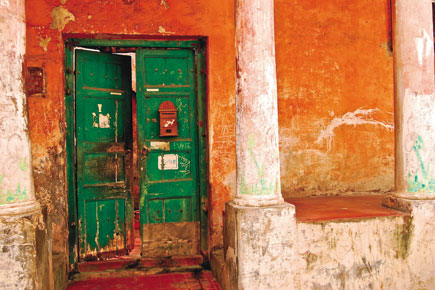 Imagine the confusion when 146 families have just one common address


A kindergarten school, a few tanneries, furniture, electronics and other establishments, and 146 families in Kolkata have a common problem. All of them share the same address: 11/1 Topsia Road South, Kolkata, 700046. For courier agencies and the postal department, it is a nighmare. Letters and parcels often get delivered to the wrong person and first-time visitors may spend hours trying to locate a family or shop in the maze.

The place, till the late 1960s, was a large orchard and garden called Mali Bagan. “The address was 11/1 Topsia Road South. The large plot was leased out in bits and pieces by its owner, and at least a dozen buildings with shops, small apartments and tenements, workshops and other establishments came up on it. But the address remained the same for some inexplicable reason,” says Sunil Nag of the Gobinda Khatik Road Post Office that caters to the area.

Residents blame the postal department for its failure to allocate separate addresses to the buildings. “The usual practice is to modify the original address when another structure comes up there. For instance, the first structure would have the original address (11/1 Topsia Road South), the second should have had an address like 11/1A Topsia Road, the third one 11/1B Topisa Road and so on. But the postal department did not do this,” says Sheikh Rafique Ali, who runs a furniture store in one of the buildings with this address.

Nag passes the buck: “I joined duty here a couple of years ago and can’t be blamed for what may or may not have happened in the past.” He suggests that local residents may have to share the blame for this. “They may not have asked for modifications in the address as new structures came up over the years.”
But the blame game aside, the hundreds who share this address have to face many difficulties. “Many letters have got lost in transit and it is often impossible to find an addressee. Delivering letters, especially registered letters and parcels, is a tough task that may take even a couple of hours,” says a postman. Faced with this, residents who stay there give their work addresses for correspondence while those who run shops and establishments cite their residence addresses for correspondence. But for those who don’t have an alternate address, like housewives, a letter on time is a miracle.