A 140 kg autorickshaw driver goes in for bariatric surgery 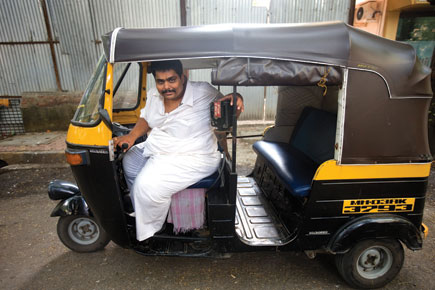 A 140 kg autorickshaw driver goes in for bariatric surgery


Trivikram Saitwal, a 36-year-old from Mulund, an eastern Mumbai suburb, weighed 140 kg, but he would not have worried too much about it had it not been for two reasons—one, being an autorickshaw driver, he found it difficult to fit inside his own vehicle, and two, potential brides and families would stop marriage deliberations the moment they saw his physical appearance.

His immense weight made driving a rickshaw tough. It was difficult for him to start the vehicle. The driver’s seat was not enough to fit his entire frame. In addition, movement while driving became difficult. He had to have long “resting periods” during the day, which hurt his earnings. “I had tried many methods of losing weight but nothing happened. Even if I did not eat anything, I put on weight. I was frustrated,” he says. Also, there were the marriage rejections. “Some prospective brides said I might suffer a sudden heart attack and meet an untimely death. I had to find a way to get rid of the excess fat, and when a friend recommended bariatric surgery, I opted for it,” he says.

The answer was found at the Mulund-based Aastha Health Care where Dr Manish Motwani lightened him up. The surgery was difficult as Saitwal had deeply embedded layers of fat enveloping his liver. Five holes were punched in the stomach to enable the surgical instruments to reach the fat. A part of the stomach was then stapled off and removed, which reduced it to one-tenth its original size. It also helped reduce Saitwal’s hunger.

“I was not prepared for the liquid diet that followed the operation. It is tough, but a challenge,” he says. The surgery cost him Rs 3 lakh and wiped out his savings. In addition, he is now in debt after having borrowed money from his elder sisters. A month since the procedure, he weighs 15 kg less. He is expected to reach 80 kg and maintain it. “Once I lose the weight, I will drive my rickshaw for extra hours and earn back all the money. I hope to return the money to my sisters and save some for my marriage as well,” he says.

Saitwal has a Facebook page on which he has posted his experience. With every kg lost, his ambitions have grown. He plans to set fresh career goals. For the time being, he has resumed driving his rickshaw.