A Grave Problem in Bangalore

An acute shortage of land for burial is forcing families to share graves. 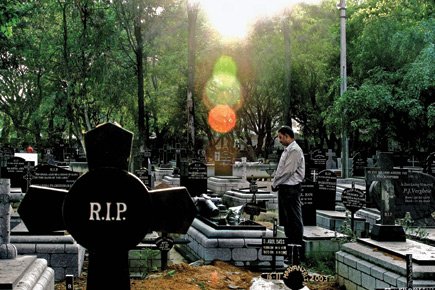 An acute shortage of land for burial is forcing families to share graves.


Last year when T Devadass died and was buried, his mother made place for him in her grave at Murphy Town Catholic Cemetery in Bangalore. A few months ago, on his first death anniversary, Devadass’ sons made yet another decision—from now on all of their family would be buried in the same grave.

“Everyone agreed that we should turn dad’s grave into a family grave so that all members of the family—at least six more—can be buried in the same place. It was not really such an emotional decision, but an inevitable one,’’ says D Williams, one of the sons. They are not alone in facing up to this inevitability. An increasing number of Christian families in Bangalore are opting for family graves due to acute shortage of burial places.

The Bangalore Archbishop’s spokesman, Father Adolf Washington, says, “The concept of family graves, or tier system, first took off in neighbouring Kerala and has been catching on here. The acute shortage is because there is a lack of empty spaces within the city and the government is acquiring burial grounds for widening roads.’’ Recently, a number of graves were damaged as the walls of the huge Hosur road cemetery, which houses graves of all denominations of Christians, were torn down for road widening. There are other reasons too for people to opt for family graves. “It’s more economical for families as they have to spend less. Another reason is that Christians often visit graves and they do not want to bury their loved ones far away from their church,’’ says Washington.

One way of overcoming the grave shortage would have been cremation, but Christians steer clear of any such talk, despite the Archbishop giving the green signal to cremate bodies. “The Holy See blessed a facility at St Patrick’s church in Bangalore where the ashes of those cremated can be kept in urns. Though it’s almost a year now, none from the community has come forward,’’ says Washington. Till cremation gains currency, families will opt for family graves.

Williams and his brother plan to spend Rs 2 lakh to remodel the grave. They have already put in place a concrete tomb and a granite slab on top. When another family member dies, the slab will be pushed aside and the gravedigger will start digging the earth beneath. The casket will be lowered and the grave filled with mud before the granite slab is replaced. Normally, authorities allow a time gap of at least a year between two deaths to be buried at the same spot. For Williams and his family, it’s not only a good decision, but a wise investment as burial costs shoot up and spaces shrink.