A Diploma in Plumbing 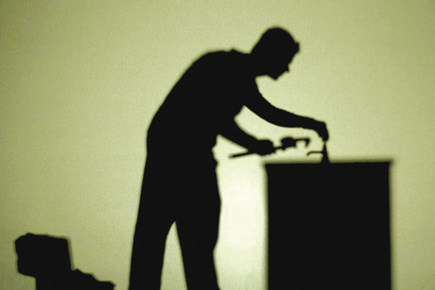 
The Rajnagar-Pattamundai-Aul belt of Kendrapara has supplied over 25,000 plumb­ers all over India and even to the Middle East. The region’s unusu­al specialisation was driven by pov­erty. There are virtually no indus­tries or avenues of employment in Kendrapara and migration to other states to work as labourers has been the only escape route from hunger.

In the 1970s, unemployed youth who had migrated to work on construction sites became assistants to plumbers. They went on to become established plumbers.

“Within a few years, hundreds of men from this area started migrating to learn plumbing from their seniors and eventually, this area became famous for its plumbers,” says Bibhuti Bhusan Nayak, director of The State Institute of Plumbing Technology. “The trade provides a good livelihood.” The institute was inaugurated by Orissa CM Naveen Patnaik last month and is the only such school in South Asia dedicated exclusively to plumbing.

Nakul Charan Swain from Pattamundai village is a case in point of how plumbing became such a phenomenon in Kendrapara. Now based in Delhi, Swain easily earns a few thousand rupees a day. He migrated to the capital in 1983, worked as an assistant to another plumber from his village and rose to establish himself in the field. He now runs a flourishing plumbing firm that employs about 20 plumbers—all from Pattamundai—and owns a flat in Delhi’s Dilshad Gardens and a two-storied house in his village.  “We plumbers from Pattamundai have established a reputation for ourselves and are in demand in many states, especially in north and west India. It is a respectable profession that pays well,” says Swain.

Nayak says that they are planning to expand the plumbing school.  “We have asked the labour ministry’s National Council for Vocational Training for permission to increase the number of seats in the institute from 21 to 126,” he says. The 12-month course costs Rs 2,300 (SC and ST candidates pay Rs 1,300) and the tools of the trade cost about Rs 1,300.  Trained plumbers can expect to earn at least Rs 250 a day initially. “Till now, entrants picked up the skills as apprentices to established plumbers, but this new institute will churn out trained men and that’ll help this trade immensely,” says Swain.