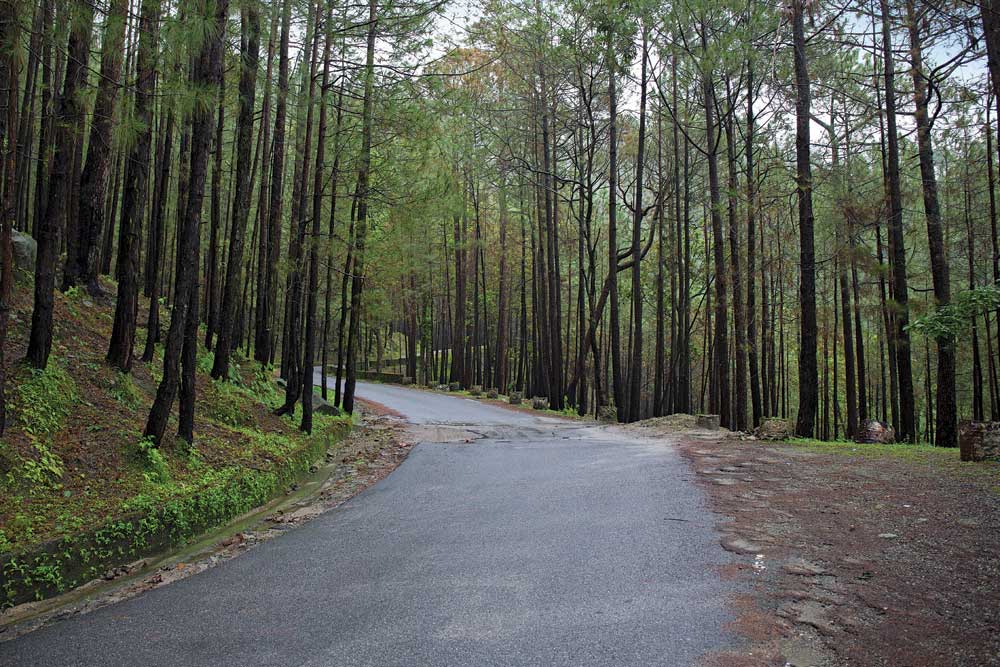 The desire to know the unknown has driven us to undertake long and dangerous journeys throughout history. But technology made it possible to know every corner of the world, without ever leaving home. Despite this, experiencing something in person has a unique charm.

To satisfy this urge to explore and experience everything first hand, I often travel to lesser known places in India, which are interesting enough to justify a trip. Here, I will delve into the few places that I have been fortunate to see.

LANSDOWNE, Uttarakhand: When I went to Lansdowne, it was like being on my way to meet the clouds. Though technically under the Garhwal Rifles, Lansdowne is truly a domain of the clouds. As I walked along the winding roads with trees standing guard on either side, I could sense the magic in my bones. Around every bend, I expected to run into some fairy tale creature.

It is rare to have a hill station entirely to yourself but I did, almost. It isn’t very touristy especially not in the monsoon, the time of my visit. The rains did put a damper on my rambles but they also transformed Lansdowne into a magical kingdom of clouds. When I left and reached Kotdwar, with its crowds, cars and noise, I knew I was back on earth.

LONAR LAKE, Maharashtra. This lake is the result of a crater created by the impact of a meteor thousands of years ago. It is now a lake that has saline and alkaline properties.A little bit of the vast universe out there, in my own backyard! I had to see it.

“The photographs online did not do this place justice.” It was my first thought, as I stood at the lip of the crater and stared at the large body of yellowish green blue water.

None of the pictures captured the immensity or the vivid hues of the lake. I had never seen a body of water so large, with such an odd tinge, it really did look extra-terrestrial.

I made my way down there and despite being told by the locals that the water was harmless enough to taste, I couldn’t bring myself to touch it. Gazing upon this other worldly phenomenon was enough.

DHOLAVIRA, Gujarat: After a tryst with the magical and the other worldly, our journey here would be incomplete if there was no mention of time travel. Luckily, travelling back in history was exactly what being in Dholavira was like.

It is now a forgotten little village in the middle of the white sand desert. But just a few thousand years ago it was probably a hub of activity and central to the vast, sprawling Indus Valley civilization. As I walked around the archeological remains of the lower town, upper town, burial grounds, palace and reservoirs, I sensed the unmistakable hustle and bustle of the historical people, who must have once called this now arid and deserted place, home.

In addition to the spectacular history, the place offers a couple more treats. One is the fossil park not far from the archeological site and the second is the view of the Rann or white sand desert. Here the stretch of shimmering white sand is unspoiled and pure. During the day it has the glimmer of melted gold and at night it transforms into a silver sea, if you are lucky enough to glimpse it on a full moon night.

Many such places await discovery especially in India. In this spirit of exploration, I conclude with a few that I hope to travel to soon –

Auli: A Himalayan ski resort, Mawlynnong: The cleanest village in Asia way before the advent of Swachch Bharat and Jawai: The town where leopards roam free and seem to be living in harmony with the local population.

Lansdowne: Better explored on foot. Better in the monsoon despite it being an off season.

Lonar Lake: Comfortable, sensible shoes a must. Safer to have company as it can get isolated.

Dholavira: Better to have a vehicle, public transport is cheaper but cumbersome, uncomfortable and time consuming.