Sex comedy at its dirtiest 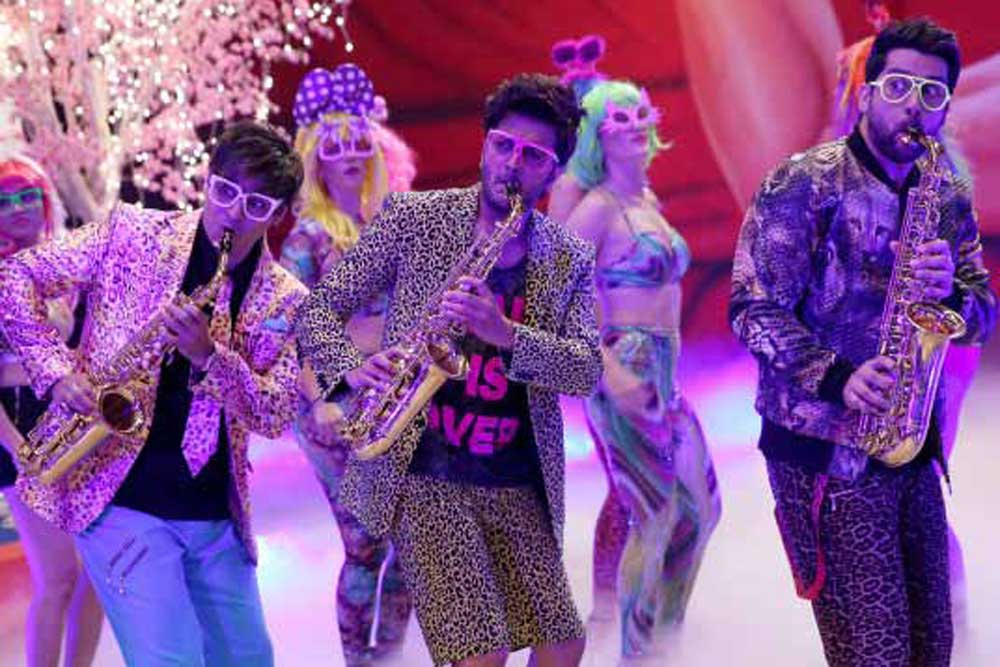 This is a filthy sex comedy, not because it has sex, but because it sees sex as filthy. Human sexuality, as presented in this third of the ‘Masti’ series, is like going to a public toilet in an Indian city. It stinks to high heaven, and all you want to do is relieve yourself and get out as quick as possible.

The film is about three married men who leer at anything in a low-cut blouse— maids, ghosts, anything with a well developed chest. At the very beginning, the movie makes it clear that no creature with a bra is safe around these guys. The camera too sees everything from their obsessive compulsive perspective, and is always looking down cleavages.

The story is that the men are not ‘getting it on’ with their wives because possessive and clinging siblings are visiting and don’t give the couples any privacy. So they have to hang their tongues out, literally, at other women in the house. In one extraordinary scene, Amar Saxena (Riteish Deshmukh) gives the maid lots of money so that he can ogle at her, while she hastily stuffs it under her bra before his wife enters the room. Clearly he is intent on becoming a role model for the domesticated Indian middle-class male. Like other unhappily married men, they also suffer from erectile dysfunction, and when the sexy lady ghost (Urvashi Rautela) at a haunted house demands immediate sex, they put an entire bottle of viagra in the ‘lassi’ and ‘kheer’ that they feed each other. The following comedy sees them strut around in a perpetually priapic state, bumping into people and lifting furniture. Then, horror of horrors, they drop their pants in front of their middle aged mother-inlaw and attempt to sexually assault her. Interestingly, this scene gets the biggest laugh from the audience.

Still later, when the lady ghost turns a visiting gigolo into a rooster, you half expect bestiality, until the animal is turned into tandoori chicken and eaten by the wives. This is a really sick movie.