Tahmima Anam’s new novel moves away from her Bangladesh trilogy. She speaks to Antara Raghavan about chronicling the seductions and perils of the startup world 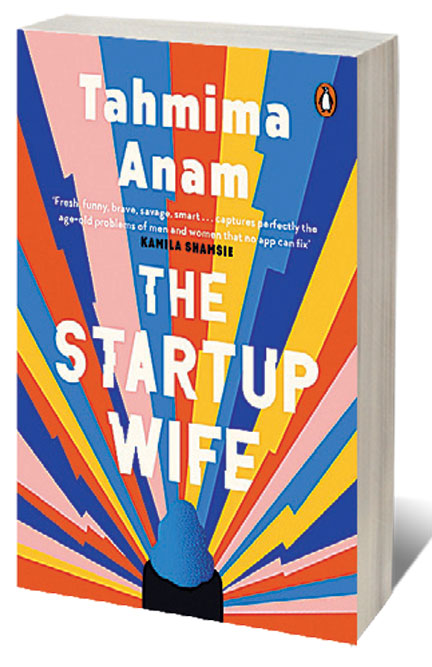 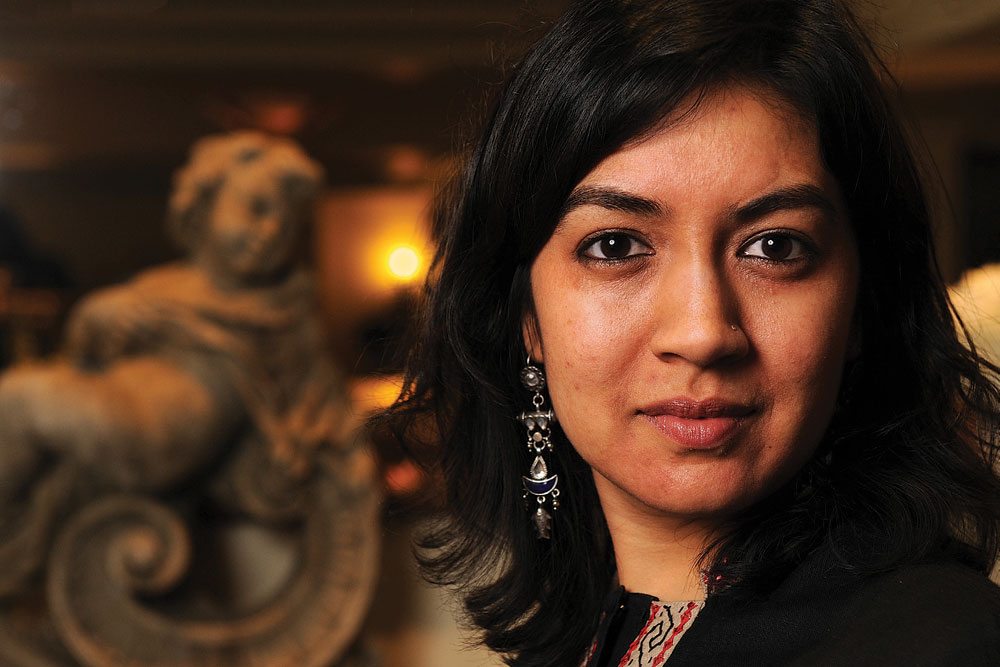 
BANGLADESHI WRITER Tahmima Anam’s gripping new novel The Startup Wife (Hamish Hamilton; 304 pages; Rs499) follows a talented young woman, immensely sure of herself and certain she has it all—a promising career and a happy relationship—but who gradually finds herself enmeshed in stereotypes. The protagonist and titular startup wife Asha is a brilliant and confident Bangladeshi-American coder studying artificial intelligence, who marries her high-school crush, the charismatic Cyrus Jones. They go on to start the successful tech startup WAI (We Are Infinite) together. Even though Asha is the founder and brains of WAI, and does most of the work, she finds herself sidelined by her husband. The political undertones and Asha’s subtle outsider status soon become apparent as she is also a brown woman in a white man’s world. The rest of the novel tells of Asha’s struggle to regain her voice.

Writers from the subcontinent frequently evoke the impact of politics in their stories. Anam’s award-winning Bengal trilogy, a powerful and evocative series about a family caught up in the turbulence of the emergence of Bangladesh’s early days, is part of this tradition. Anam’s The Startup Wife is, however, a seemingly radical departure from these tried and tested themes. At one level, it is an excoriating satire on startups in contemporary America. On another, Anam, 45, like many other US and UK-based South Asian writers, is also drawing on the immigrant experience and mindset. It reflects something of her own experience growing up abroad, as well as her own familiarity with startups. London-based Anam has been a writer for 15 years, but for the last decade she has also been on the board of a startup, the music tech company ROLI, founded by her husband, Roland O Lamb, the CEO.

As Anam says, in an interview to Open, “The startup was not my idea, and I can’t take any credit for it, but it gave me a glimpse into the startup culture, into the business world, and I got to sit in a lot of board meetings and investment pitches and I understood how that world worked.” Anam, who has a background in Social Anthropology confesses she was “sort of the anthropologist of the startup world.” She adds, “What fascinated me about the startup world was the language of hyperbole, and the way startups claim to revolutionise our lives. I found it ripe for satire. But I was able to write about that world, because I was able to observe it closely. Then I was able to speculate on what it might have been like if a woman had been in charge, and if the startup had become incredibly successful.”

In the book, Asha is inspired by Cyrus to create an algorithm which generates systems of rituals and attaches it to a social media platform, WAI. The rituals, which include atheist prayers and yoga funerals, later prove to be wildly successful. As Asha explains, the platform is based on, “People forming connections on the basis of what gives their life meaning. It does this by providing rituals for people based on their beliefs and passions.” Asha is then recruited by a sought-after startup incubator Utopia, whose aim is to curate a few companies that can protect against the apocalypse, leading her to abandon her PhD in a prestigious lab. This is a risk but understandable due to the lure all startups have—the possibility of them leading to ‘the next big thing’.


“What fascinated me about the startup world was the language of hyperbole, and the way startups claim to revolutionise our lives. I found it ripe for satire,” says Tahmima Anam, author

Startups, Anam comments, are the ultimate capitalist fantasy, the new idealised modern American Dream, where one builds something from nothing. A more cynical view is that it’s a fantasy where one uses innovation and human creativity to make a few people a lot of money. The reason startups are so exciting is that they’re about invention and everything happens on an accelerated timeline. As Anam says, “You can have an idea for a business in one year and within three years you can build that into a huge platform, like Cyrus and Asha. Everything happens so quickly, and that’s what technology enables. It enables a huge amount of change in a very short amount of time, and that really captures the imagination.”

The high-risk factor is also significant. There is no guarantee of success. Asha quits her PhD even though she has invested time and effort in her education. College was where she “blossomed”. Some would advise her to finish her degree first.

Anam explains, “Asha, Cyrus and their friend and business partner Jules are on a very exciting journey once they come with the idea of WAI. These are very idiosyncratic, slightly countercultural people and Utopia is a much better home for them than a lab or the hierarchy of an academic setting.” One of the things that make startups so attractive is that they are full of misfits and people who don’t fit in anywhere else, and they get to make their own world. It’s a place of pure invention and creativity and that appeals to Asha who feels constrained by the limitations of university structures.

Although Asha has agency when creating WAI, she finds herself slowly losing it. When she decides to make Cyrus the CEO and face of the organisation, she increasingly becomes sidelined. She had at first enjoyed thinking of herself as the Startup Wife, feeling it encompassed her idyllic marriage, her inventiveness—and that she really could have it all as a happily married career woman. Asha is clear on what she didn’t want to be categorised as. She didn’t want to be ‘Mrs Jones’, and certainly didn’t want to be termed a ‘female founder’, which is what she was called by the men surrounding her. At the start of the novel Asha says, “I was clever and awesome, and beginning to understand my power.” At the end she sees that the more she avoids certain labels, the more she becomes defined by them.

The label ‘the startup wife’ hints at how Asha is literally a wife, but also how such categories might be more powerful than we might expect. “Even Asha, who is so self-confident, so educated, so sassy, always in charge, succumbs to it,” comments Anam. “You would never expect someone like her to give up her power to anyone, even her husband. It’s a commentary on the ways in which even women who are the least likely to fall under the spell of the roles we have inherited over the generations do so, as those roles and expectations are so strong.” Cyrus later tells Asha that he hadn’t taken anything away from her, as she told him to run the company. She admits he was right, and that she had given him her power. Such is the power of patriarchy and its accompanying structures, says Anam.

A REASON BEHIND Asha’s and WAI’s meteoric rise is the widespread appeal of its message, which is on the importance of ritual and belief, beyond any specific religion. Anam drew on her background in anthropology for this. “One of the things we have to study is the importance of ritual. A reason I made up WAI is that I’m not a religious person, but I can see the appeal of religion. It’s an organising principle in our lives. I thought, wouldn’t it be amazing if we could also have rituals and if we could also have meaning just in a way that is geared towards people who don’t adhere toward a particular faith.” All rituals, she adds, are among the foundational organisational principles of society. People who are not religious at times give importance to ritual; and often devout believers give more importance to the ritual than the religion.

Anthropology was the perfect training for me to become a writer, says Tahmima Anam

Cyrus wants to provide rituals for all manner of circumstances, invading private spaces and becoming more fixated on fame even as Asha tries to reason with him, and things start to crumble, accelerated by the pandemic that begins to sweep America. Interestingly, Anam had come up with the idea of Utopia and its goals before the pandemic. “When the pandemic happened, I thought this is where my characters can say, ‘I told you there would be an apocalypse.’ That was a strange, fateful thing that these two things came together.”

This is Anam’s first foray into the universe of technology and apocalypse scenarios. While Anam’s earlier novels were set in Bangladesh, this one is centred around a child of liberal Bangladeshi immigrants who encourage their daughters to work hard and succeed, countering the stereotypes of conservative Asian parents abroad. Anam emphasises that immigrant families are as diverse as any others, so we need to have a diverse understanding of what a family looks like, and its dynamics.

Anam herself has grown up as an Asian abroad. She grew up travelling with her parents to Paris, New York, and Thailand, and moved back to Bangladesh when she was 15. Her experience of growing up in a liberal, artistic household facilitated the writing of Asha. Like Asha, Anam spent her childhood as an outsider wherever they moved; this persisted when they came back to Bangladesh. “It’s worse to feel like an outsider at home as that’s where you expect to feel at home. I never felt at home. All writers are outsiders, in exile. I credit my outsider status with my ability to be a writer. So I embraced that.”

Outsiders and other misfits often question the world. Such people can be more adaptable, can adjust better, and understand experiences better. Anam confesses to being a bit of a ‘chameleon’, never feeling completely at home anywhere but not feeling completely foreign anywhere, either. But it helps her as a writer in many ways, because it enhances her observation skills and contributed to Anam’s decision to do her PhD in anthropology at Harvard University. “Anthropology is the study of other people and what you do as an anthropologist is you try to understand the world from the point of view of the people you study, and that is exactly what you do as a novelist. It was the perfect training for me to become a writer.”

Anam’s earlier novels, A Golden Age (2007), The Good Muslim (2011), and The Bones of Grace (2016), are set against the background of Bangladesh’s struggle for independence and the aftermath. She explains, “In Bangladesh, the foundational moment was 1971 and our independence from Pakistan, and we are absolutely defined by that experience. People of my grandparents’ generation, living through a war, creating a new country, and making that country prosper—that is the story of Bangladesh. Every person born in Bangladesh is taught that their foundational historical moment is 1971. Everyone is obsessed with it, whether they live through it or not. When I sat down to write, it was the only thing on my mind.” But having written a trilogy on the subject, Anam has moved to different, yet not so different terrain. The Startup Wife, like her other books, is an exploration of how history shapes the identity of an individual but ultimately it is the choices they make that matter. Anam concludes, “The message I wanted to give was that Asha had every opportunity to be in full possession of her power as a woman, and why she ultimately made the choices she did.”