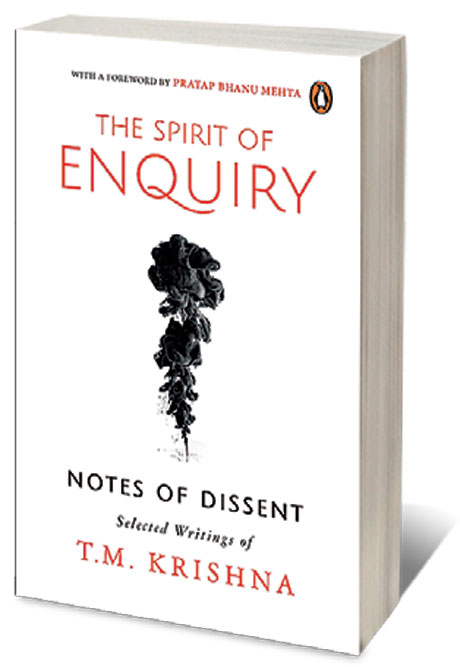 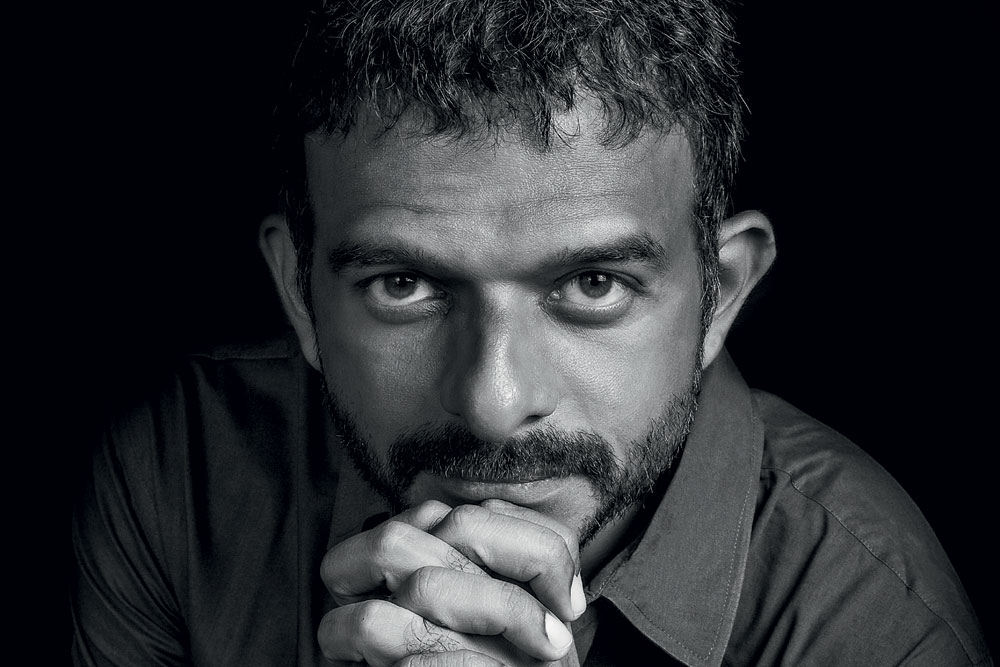 
CHANGE HAS BEEN the one constant in TM Krishna’s essays and columns over the years. The Spirit of Enquiry (Penguin; 344 pages; Rs599), a curated collection of his published essays, gives you a glimpse into his transformation—from a writer on music to a thinker exploring identity and belonging, from a citizen who was voicing his concern over freedom of speech to an artist who now collaborates with Perumal Murugan to produce beautiful Tamil music, from an angry intellectual to an inclusive and emotional writer and musician. “The written word is not mine; it is itself and, when read by others, its horizon further expands. This is what excites me most about writing,” he says in the introduction to the book.

There are two new essays in the collection, one of them a powerful counterpoint to his January 2015 essay addressed to Indian Muslims, titled ‘Raise Your Voice’, with which he finds his “current self in disagreement”. “For me to go on to accuse Muslims of complicity in their own ghettoisation is disturbing. Continuing in the same vein, I accuse Muslims of speaking as a flock, a qaum… When I repeatedly state that Muslims who speak up against violence are exceptions, I am painting all Muslims with one brush and in one colour. I fall into the very trap I seek to avoid,” he writes. What triggered this introspection? “I wrote that piece and I think it came as a surprise to my fellow liberal friends including many Muslims. Within a month after it came out, one of them asked me if they could organise a meeting with a diverse set of Muslims and allow the letter to trigger the conversation. It was an incredible four-hour-long meeting and it was a huge learning for me. I heard voices that included the most marginal to the most privileged Muslim. I realised that although I had written the piece with the best of intentions, I was coming from a position of majoritarian privilege. It was all wrong. I wanted an opening to respond to my own letter,” he tells Open. Despite being a much-followed liberal intellectual in the giant filter bubble that is social media, Krishna, unafraid to change his mind, is his own urgent critic.

Another marker in his personal growth as a critical thinker is his work on Ashoka (the emperor), whose edicts and values he has sought to revive in the form of songs in the past year. Not surprisingly, the second previously unpublished piece in the collection is an essay on the king. “Liberal activism and thought does not see the distant past as something active. It is not a big part of social discourse, except as a reaction to something the Right says about Tipu Sultan or some other figure. In framing the idea of modern India, the reimagination of all problems in a cultural framework is important. The Right has ready-made imageries in their religious framework; liberals have to create one, keeping the present and the past in conversation,” Krishna says. “In bringing Ashoka back and including him in liberal conversation, we are creating a complex metaphor.”

Among his most thoughtful ruminations on art is an essay that explores at length the relationship between the artist and the artwork, covering all manner of creativity—music, dance, filmmaking, writing—and how art comes into its own, so that a taint on the artist’s person need not mean we must boycott or trivialise their art, and that the fact that we enjoy their art does not amount to endorsement of the artist’s character. Krishna makes the point that between boycotting the artwork and saying it is completely independent of the artist, there is a mess in between that we need to confront. He talks about the Jewish conductor Daniel Barenboim, who surprised the audience at a programme in Jerusalem by asking them if they wanted to hear Wagner, and played it—he was problematising the experience for the Jews in the audience and asking how they could deal with it emotionally, even possibly build a complex relationship with it, Krishna notes. “When we look at the work of a lyricist who has been accused in a #MeToo case, we should be asking, conceptually, how do we deal with it? How messy can his words become in our social consciousness? If there is room in between boycott and ignoring, where we experience his art work while being aware of the ugliness of his actions, it can change the placement of his words in society and in our experience. That to me is worth an emotional exploration. The work should be treated as the mess that it is,” he says.


In framing the idea of modern India, the reimagination of all problems in a cultural framework is important, says TM Krishna, author and musician

Where he cannot find a pathway to create a conversation around a problematic composition, he would rather not sing it. “I have not sung Tyagaraja’s Dudukugala, despite the incredible composition that it is, in a long time. There are only about four or five seriously problematic songs of Tyagaraja where women are the targets and his observations on caste are questionable. I am yet to find an artistic way to engage with them.”

Krishna does not spare Indian liberals, critiquing them for being aesthetically blinkered, and for not engaging with real people. “This is a gap among liberals that needs to be addressed—from their ability to respect the notion of religion, to their views on aesthetics, and being able to engage with people in a manner that is real. This gap has existed from the time of Independence. There has been a cockiness and it has cost them. Liberal intellectuals have engaged in cancel culture right through the ages,” he says. “A cultural perspective to politics has to start with responding to the practices and beliefs of the people, but liberals are unwilling to tackle the complexity of caste or patriarchy within culture; it is easier for them to negate culture.”

His has been a steady voice warning us against negating any cultures, especially those of the lower castes. In film music, he points out, the dominant class and its preferences determine what qualifies as a classic melody or a timeless song, and usually, it has borrowed elements of so-called high art music. He also attributes much of Ilayaraja’s acceptance among the social elites to his use of Carnatic ragas and complex Western harmonies, and says that the sound of his music has played a role in erasing his caste identity from social consciousness. “Dalit voices becoming an important part of cinema, and aural soundscape forms such as Tamil rap, and gaana music becoming integral to Tamil cinema are today changing things,” he says.

He is now working on a book, due for release by the end of the year, that explores five ideas from the Constitution that represent India—the Preamble (which he included after the symbolic role it played in the NRC and CAA protests), the flag, the anthem, the motto and the emblem. “These are supposed to be unifiers. I am trying to re-look at this critically and explore if and how these symbols matter. ”

When India looked to define the idea of a nation, some looked for an identity that brought people together—language, religion, etc. What makes us incredible is there is nothing that binds us, Krishna says. “The lack of a nationalistic unifier is why we are together. Kerala and Tamil Nadu have made the tremendous statement that we are not the same. They have engaged with the core constitutional idea that while we are talking as Indians, we can also speak about why language matters. This is why they have rejected a nationalist party. Part of this is because these states have truly worked on economic progress and education and healthcare. Of course, this does not take away from the fact that all of us don’t care a damn about the Northeast. We have to further open up a discovery of why we are a nation, because culturally, there is no real answer to it.”