The Woman Who Led Deborah Baker down the Garden Path

The Pulitzer-nominated writer plots her latest biography, The Convert, in the style of a suspense thriller 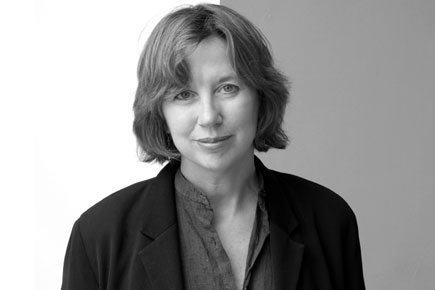 The Pulitzer-nominated writer plots her latest biography, The Convert, in the style of a suspense thriller


Deborah Baker is a biographer and columnist. Her first book, In Extremis: The Life of Laura Riding was shortlisted for the 1994 Pulitzer Prize in Biography, and her second, A Blue Hand: The Beats in India, also won critical acclaim. Like the other two, her latest book is also about an unusual person who lived on the fringes and proceeded to make a considerable impact on the world around her. Maryam Jameelah was born Margaret Marcus in 1934 to a family of Reformed Jews. She converted to Islam, and went to live in Pakistan when she was 28.

Starting with fragmented records that she found in nine boxes in the Manuscripts and Archives Division of The New York Public Library, Baker has established chronologies and, ‘teasing the colour of emotion from taciturn documents,’ painted a vivid picture of this woman, the life she led, and the impact her writing had.

The Convert begins with a series of letters between Maryam and her host in Pakistan, Mawlana Sayyid Abul Ala Mawdudi. Promising adventure, they set the tone for what follows. Maryam arrives in Pakistan and settles down. Less than 50  pages later, she is writing letters from the Paagal Khanaah in central Lahore. I turned the pages agog, urgent questions arising in my mind.

I had begun with a certain weariness about having to read a sneering treatise against someone’s personal choices, a feeling inspired by blurbs on the book jacket that spoke of a ‘misfit’ and her ‘lunacy of conversion’. However, Baker is detached and objective in describing Maryam Jameelah as well as her own journey of discovery of Maryam’s life. This made me wonder how she felt about having these judgemental phrases offered out of context to readers even before they started reading. She explains, “Maryam referred to herself as a misfit on numerous occasions. Perhaps the quote you are referring to says more about Fatima Bhutto than Maryam Jameelah. Anyway, readers will undoubtedly have their own ideas. There are many different forms of lunacy in the book, the war in Iraq providing an excellent example.”

True enough, there were other disturbing elements unrelated to conversion. In 1956, struggling to make sense of her life, Margaret Marcus complained of discrimination by her male right-wing professors at New York University, while her psychiatrist “only wants to talk about my virginity”. Her empathy for Palestinians had her flinging a newspaper at the table where her parents sat drinking coffee, scattering silverware to the floor and shouting, “The Israelis are no better than the Nazis. They are doing everything the Nazis did! I hope the Egyptians defeat every last one of them.”

Then, the book offers brief descriptions of psychiatric treatment in the US in the early 1960s: tying patients tightly in icy bandages for hours at a time on a table; insulin and electro-shock therapies, lobotomy, tube feeding; psychiatrists who would not look patients in the eye; and hospital staff who survived the Third Reich only to follow the very practices they escaped from.

I ask Baker why these sensational matters are tucked away and lay silent inside the pages of the book, and she replies, “I constructed the book in such a way so that these developments would come as revelations. But while these were certainly painful and dramatic moments in Margaret Marcus’ young life, I don’t see them as sensational. The 1950s were a time when the pressure to conform, at least in America, was enormous; those who refused often found themselves in institutions. Allen Ginsberg, the subject of my last book, was institutionalised and endlessly psychoanalysed. His mother had been lobotomised, his friends had had insulin shock therapies, or they medicated or drank themselves into stupors to evade the pain of their failure to

find a recognisable place in a very rigid society.”

My own work as a low-profile historian and biographer has shown that the piecing together of facts is a long process during which one tends to move along by filling gaps with conjecture while seeking validation. I ask Baker whether she had done this here, and she says, “Initially, all I had were Maryam’s letters to her parents. These letters told the story of her journey to Pakistan, her arrival in Mawdudi’s household, the warm welcome that his family provided her and her introduction to the work of the Jama’at-e-Islami. As is often the case at the outset of a project, I didn’t think of questioning their reliability. When I got to a letter that called into question everything Maryam had led me to believe, I was stunned and rather impressed that I had been led so far down the garden path. I wanted to duplicate that experience for the reader. I wanted the reader to be carried along and come upon the same precipice. I didn’t want to get to the end of my research, write up the story from that all-knowing perspective and hand the reader a tidy package of facts. Hence, the use of conjecture throughout the book.”

Did Baker always have the qualities of a detective and writer of suspense thrillers or was it Maryam’s story that brought this out? Even the fact that Margaret had been on Compazine, an antipsychotic drug and tranquiliser, comes as a shock, discovered long after the Paagal Khanaah letters appear.  “It was partly in the way her story was revealed to me, the removal of one veil after another, but it was also the challenge of making the reader aware of his or her own expectations—those assumptions and stereotypes we all carry in our heads, whether hawked by Islamic ideologues about ‘The West’ or Western ideologues about ‘Islam’. I wanted to unsettle the reader’s bearings on these grandiose subjects.”

After spending years thinking about Maryam and researching her life, what were her feelings about her now? When she finally meets Maryam, in the most dramatic moment of this book, she experiences a chilly detachment and wants to be done with the whole thing. “In the course of writing the book, I had mixed feelings about Maryam Jameelah,” she agrees, “and only now, with the book finished, are they beginning to settle down.”

An interesting aspect of my interaction with Baker was her initial reaction to my questions. She mistook them to reflect scepticism about the undertaking, and replied in an increasingly exasperated tone. I was taken aback, at first. But the truth is, even Baker experienced a major transformation in her perception of her subject in the course of this project. After all, the ability to respond without emotion and refrain from jumping to conclusions is an essential skill of the historian.

In any case, this did nothing to lessen how impressed I was with the book. It documents historical information about the Quran, Sunnah and Hadith: how they were formed and what they constitute, and Mawdudi’s interpretative role. Equally fascinating are the physical details of the story; for instance, the eight months Maryam spent in Pattoki, a tiny provincial town with no telephones and few cars.

For all her fascinating history, we exit with the image of Maryam as simply an old woman alone in an untidy little room in Lahore with little more than her faith, her library, and letters from her grandchildren for comfort—perhaps waiting, now, in eager anticipation of her three copies of this book.