Paul Theroux on his latest novel set in Calcutta, on how Naipaul ‘oversimplified the city in one of his belittling books’, on why you can never trust writers... 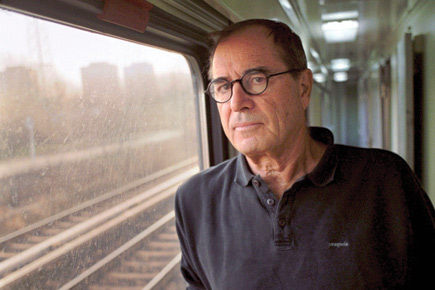 on his latest novel set in Calcutta, on how Naipaul ‘oversimplified the city in one of his belittling books’, on why you can never trust writers…


Q You’ve travelled everywhere. What was it about Calcutta (I see you don’t call it Kolkata) that pulled you in and made you set your book here?

A I first visited Calcutta 35 years ago. Though some aspects have changed, it is still the astonishing architectural and cultural marvel that it has been for hundreds of years, a usable antique. The human architecture is its greatest gift: highly educated, talkative people. The notion that one can become utterly lost in the city is also a plus for a novelist.

Q You don’t like Calcutta much, do you? I get the sense it gets under your skin.

A I have a great deal of affection for Calcutta, though it is an extremely daunting place to habituate oneself—like all big cities perhaps, but also so much of it has been preserved. Calcutta moves at its own pace. I also think that since it is not a tourist destination like many other Indian cities, it has somehow kept its own tempo.

Q Your descriptions, the alleys of the New Market area, the seedy New Cathay restaurant on Chowringhee, the rats at Oly Pub suggest familiarity, intimacy even. Did someone take you around the city?

A I found my own way around the city, but also had good friends in Calcutta who showed me the nooks and corners.

Q Where did you stay? Why don’t you like the venerated Fairlawn? It comes with some very lofty recommendations (namely, Shashi Kapoor, the late Ismail Merchant and Patrick Swayze).

A I have stayed in various hotels in the city—if I were ‘a travel writer’, I would describe their delights and menus; but I am a travelling writer, as happy at The Oberoi or The Taj, as in The Fairlawn or the lowly Ananda and the Hastings of my novel.

Q There is this story about you. That you take copious notes and then post these to yourself from the various parts of the world you’ve visited so you don’t lose them. And that you know various post offices across the world. Did you go to the post offices in Calcutta?

A To set the story straight, I keep a detailed journal when I travel. When I have 50 pages or so, I photocopy them and post them to myself at home (to the USA), so that I have a duplicate, in case I lose my bag or they’re stolen and recycled for origami.  Because Indians still write letters, and glue stamps on them, and tie parcels with string and post them, Indian post offices—and especially the Calcutta post offices —are hives of activity.

Q Whose Calcutta do you find interesting? What about Naipaul?

A Calcutta is vast, a city of neighbourhoods, of districts—in each part of the city a separate vortex of energy: a market, a temple, a stadium, a park, a particular busy street. Naipaul oversimplified Calcutta in one of his depressing and belittling Indian books as ‘New York with palm trees’, which is quite wide off the mark. I like Nirad Chaudhuri’s Calcutta, though I realise it is mostly gone.

Q Your last novel, The Elephanta Suite, was also set in India. Is there something here that’s setting your creative juices flowing? Or, is it because India is a big and lucrative market?

A There is so much in India to stimulate, provoke, infuriate and satisfy—for an ignorant foreigner like myself. The layers of society, the vastness, the tang, the colour, the food, the always negotiating populace. I don’t think it’s a ‘lucrative market’ for me, but I hope I am wrong.

Q You have a cameo as Paul Theroux in this book, a la Alfred Hitchcock.  Is that vanity or are you poking fun at yourself?

A I wanted to make it blindingly apparent that I am not the narrator of this book! By the way, in Maigret’s Memoirs by George Simenon, Mr Simenon appears in the book, written by Maigret [Simenon’s character].

Q You are suspicious of the Paul Theroux in the book. What about in real life?  Do you trust the author Paul Theroux?

A Writers! You can’t trust them—they are needy, conceited, unbalanced and sneaky, half of them with Munchhausen’s Syndrome, and the rest, megalomania.

Q Is there more than one Paul Theroux?

A There was the Paul Theroux who was a teacher in Africa, the PT who wrote some successful books, PT the traveller, PT the happily married man, PT the divorced loner… and many others.

Q You must have done a fair bit of interviewing yourself, for your writing. Yet, I get the sense that interviews irk you…

A Everything that takes me away from my writing is irksome, and especially, this idea that I am an interesting person worth listening to. I prefer to be a listener rather than a talker.

Q The great  American writer Philip Roth said in a recent interview to The Wall Street Journal that he uses the internet for buying vegetables and old books. Are you an internet user? Is it something that you enjoy doing, trawling the net I mean, having travelled the real world as you have?

A The internet is just wonderful for buying out-of-print books that were practically unobtainable before. I seem to buy some every week. And email is useful. But not much else.

Q What books do you read now?

A I have fits of reading, where I read as much as I can find of a writer I like. Lately, Doris Lessing on Africa, herself, her science fiction, her stories and her autobiography, which by the way I found in paperback at the newsstand in Howrah Station last year.