The Free Market is not always fair, but what can one do about it? That’s the question 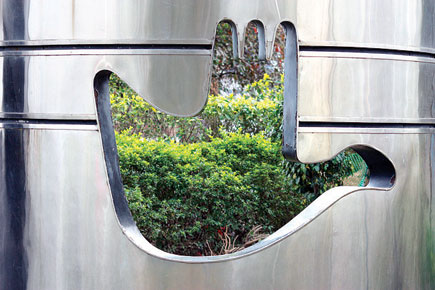 The Free Market is not always fair, but what can one do about it? That’s the question


Pop economics has its moments. Witness, for example, John Papola’s rip-roaring rap Fight of the Century: Keynes vs Hayek Round 2. In the spoofy video on YouTube, the US has the two dead economists slug it out on Capitol Hill, only to see its fork-tailed advisory council hold the nearly-knocked-out Keynes’ hand up as the victor’s. There is irony in this. The real winner is supposed to be Hayek, guided as he is by the ultimate winner: the Invisible Hand, that unseen agency by which an individual’s pursuit of his own interest ends up delivering gains all around in a free market. Geddit?

If you don’t, huff not. Serious economics has its moments too, even if badly marketed. Read, for instance, Beyond the Invisible Hand, written by India’s Chief Economic Advisor Kaushik Basu as a handbook to call the big bluff of market economics as he sees it: the gains-all-around part.

Some two-and-a-half centuries since Adam Smith’s conception, the Invisible Hand is no longer what it once was, a thought peg with its own set of ‘ifs, buts and provisos’ (such as Smith’s fear that fatalism would leave it limp in ‘Industan’). It has hardened into yet another defy-me-not, genuflection before which is routine in the West.

Defying it, however, takes no more than some comparison and compassion, argues Basu. Compare what the Free Market achieves with what you would rather have. In theory, its ‘Pareto optimality’—no other alternative lets at least one person get better off without leaving anyone worse off—is impressive. But is it equitable? No. One single person could be raking in almost all the goodies while the rest stagnate.

That’s not all. If people are pushed against one another, all bets are off. No optimality of any kind is assured. The Invisible Hand could even play a villainous role in a Kafkaesque horror story, warns Basu, drawing upon the Prisoners’ Dilemma of game theory to explain how. Picture a couple of arrested partners-in-rhyme with their heads hooded in separate cells to make them own up to seditious verses. If they both stay mum, they’re let off lightly. If one betrays the other, the squealer is freed rightaway while the other is jailed for life. If both give each other away, they get a half-life term each. Selfishness, clearly, is not the sensible option. ‘It demonstrates with audacious simplicity how individual rationality need not lead to the common good,’ writes Basu.

The author does not spell out exactly why partners pushed into a mutually adversarial stance should form an apt model for an economy. But then, his avowed aim is not to present an alternate theory, but show how the dominant one in use is not all that great. Moreover, an observer would have to have had an overdose of patriotic pap to deny how badly India is afflicted with daily dilemmas of cooperation/distrust. Like it or not, Basu’s game theory models are awfully relevant in analysing the perverse effects of identity-led prejudice and altruism on choices. If you pardon his unjustified opinion on allegiances held more dearly than citizenship being bad for harmony, the rest of this chapter deserves more than just a cursory read.

The Invisible Hand is not always fair, and Basu explains why with an elegance worthy of a professor with a point to prove. Having proved it, however, his book puffs and pants to retain attention. He trots out a series of old ideas as reformist measures. Some of these serve the cause of State intervention: banning uneven contracts even if they involve mutual consent, for example. Other suggestions, such as an inheritance tax as a tool for wealth redistribution, hark back to an old Marxist idealism. Or even Mazdakism, named after a 6th century Persian ideologue who dreamt of a paradise of welfare, shared property and free love. Alas, it didn’t survive even back then, let down perhaps by the fulcral failing of Soviet Communism: not a top-level ignorance of incentives, but a common lack of will to ignore incentives—nay, any goad of favour or fear—for the sake of the truth. And information integrity is critical to success, no matter what.

Granted, there’s something still astir in the ashes of efforts to change the world. But what is it?