Aatish Taseer’s dilemma is that he writes his best when he is trying to be Naipaul, but he clearly needs to move beyond Naipaul and find his own voice. 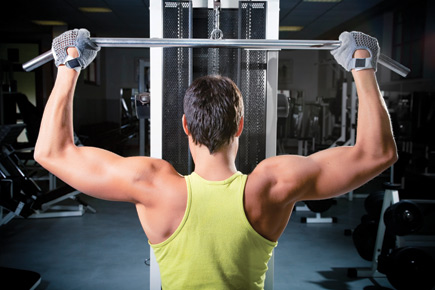 Aatish Taseer’s dilemma is that he writes best when he is trying to be Naipaul, but he needs to find his own voice.


Aatish Taseer’s book of non-fiction, Stranger to History: A Son’s Journey through Islamic Lands, was marked by a sharpness of observation and precision of prose that, as the author readily admits, comes from reading VS Naipaul closely. On the evidence of his new book, Taseer is not done with Naipaul yet, even as he has turned to fiction to examine his mother’s land, India.

Not only does Naipaul appear in the book thinly disguised as the ‘Writer’, he also provides its central premise, that it is only temple-goers such as Aakash—a Brahmin fitness trainer who is the son of a government clerk—who have retained a wholeness even as they have expanded their ambitions to accommodate the shape of a new India. The story is related by a young man bearing the author’s name, Aatish, who is working on a book of fiction as he attempts to make sense of a Delhi he had once left behind for a life in the West.

Aakash as a protagonist is well fleshed-out, literally so, for Aatish seems to have an eye for male beauty that does not extend to his girlfriend Sanyogita. She is large, shy and beautiful, and making love to her, Aatish ‘longed to have her close around me, for there to be more friction at the edges’; while the fineness of Aakash’s bones, ‘his large mud-coloured eyes and small, slightly hooked nose, along with the fullness of his dark, faintly pinkish lips, gave me an intuitive sense of high caste’.

As an otherwise perceptive observer, Aatish seems strangely oblivious to questions about his own sexuality. It is a surprise that Sanyogita sticks around till the very end of the book. Like most of the characters, other than Aakash, she seems to lack presence in his eyes.

Aakash himself is a Naipaulian character who would easily have merited a chapter in India: A Million Mutinies Now. The very first description of him as a gym trainer quoted above could have come from Naipaul, but it sounds odd in the mouth of the narrator. A young man just returning after college in America, some years in London and then a few more as a reporter in America, is hardly likely to carry an intuitive sense of caste.

It soon becomes obvious that Aakash is a fictional elaboration of Naipaul’s views on modern India. This is unfortunate because in writing about Aakash’s world, the small government flat shared by an extended family in Sectorpur, the visit to the Sharma family shrine in small town Haryana, Aatish writes prose that Naipaul would not shirk from calling his own. Everything else is scaffolding, whether it is the borrowing of details from the Aarushi (the book abounds in double As) case, or the cameo played by the formidable Chief Minister Chamunda, clearly modelled on Vasundhara Raje Scindia.

This makes for a book that falls short of its promise. Aatish Taseer’s dilemma now, two books down the line, is that he needs to move beyond Naipaul, but he seems to write at his best only when he is trying to be Naipaul. In the process, Delhi has once again been short-changed. Last year, Sam Miller attempted a work of non-fiction on the city that was imitation Sebald. Now, Taseer has attempted a book of fiction that is imitation Naipaul. Delhi awaits a voice of its own.