The Many Lives of Leela Naidu

One of the most beautiful women in the world can tell a tale too. And beautifully at that. 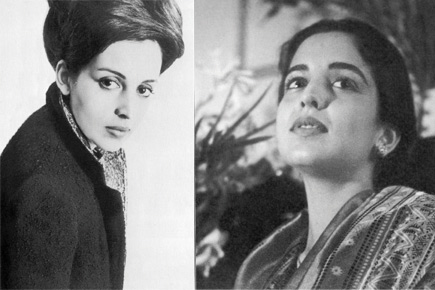 One of the most beautiful women in the world can tell a tale too. And beautifully at that.


When I began reading this book my first thought was uh oh… Jerry Pinto has fallen in love with Leela Naidu. As her co-author, he has not only ghost-written her biography, but also produced it in his inimitably lucid yet constructively critical style. But Pinto steps out of the frame after the cute, funny foreword and Leela takes over. She begins gradually with an anecdote of a naked Russian Count on her grandmother’s lawn. From then on, she entertainingly weaves her way in and out of life’s complexities, talks wittily about her long love affair with films, causes, individuals and life in general, not necessarily in that order. Leela: A Patchwork Life is just that—swathes of colourful anecdotes woven together into the rich tapestry of a life.

Some life she led. From refusing to play muse to surrealist master Salvador Dali to insisting on getting chairs for the ‘extras’ to sit on while shooting for Hrishikesh Mukherjee’s Anuradha or she wouldn’t sit either, the stories are plenty, varied and always delightful.

Leela’s core speaks of a kind person who cared about the not-so-privileged. Yet, her castigation is neither befuddled, nor does it smack of prejudice. Take, for instance, the manner in which she talks about writer Arundhati Roy’s attitude towards her crew on the sets of Electric Moon: ‘I must say I admire the way Arundhati has turned her status as celebrity author into a catalyst for the causes she cares about, but there was very little of the caring Ms Roy on the set of Electric Moon.’ Leela proceeds to describe in detail the utter mismanagement of the schedule, concluding with, ‘And so when I watch her pleading for the disenfranchised and the marginalised, I think back to the ruthless Ms Roy on that sun-drenched plateau in Madhya Pradesh and I wonder whether it is easier for us to sympathise with anonymous masses than with the actual people we are confronted with in real life? The poor are an abstraction for whom we can all feel an ambiguous benevolence… Perhaps I am misjudging all of them but I often feel that a production house can be judged by the way it treats those who have no voice: the extras, the dancers and the animals.’

The book gives you an insight into the person that Leela Naidu was, as she saw herself, not as the world viewed her. She has a tongue-in-cheek approach to her rather eventful life, and, for the most part, she’s forgiving. Parts that must have been painful, she chooses not to discuss. We’ll never know why her two marriages (first with hotelier Tilak Raj Oberoi and then poet Dom Moraes) failed. Or, why she was not granted custody of her twin daughters—one of whom, Priya, passed away before her. Or, the trauma of dealing with the death of her mother, who battled cancer for two years.

Reading the book is like listening to Naidu talk non-stop, and as it rolls to an end, you wish she would just carry on. For, by then, you’ve fallen in love too.