The Island of the Day Before 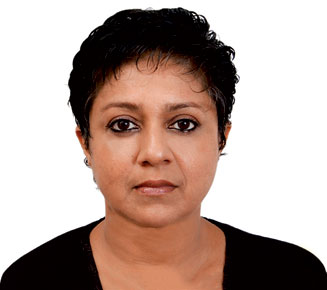 In Sri Lanka: The New Country, a respected foreign correspondent who covered the civil war in Sri Lanka for two decades returns (mainly to the north and east, the area most battered by the war and the tsunami), between 2013 and 2015, to find out what the Sri Lankans have been doing since the end of the civil war in 2009 to rebuild their ‘new country’. Padma Rao Sundarji’s account, both reportage and personal narrative, goes back and forth in time to fill in background from the author’s earlier visits, experiences and interviews (including the famous one with ‘Thalaivar’ Prabhakaran). These are ably interspersed with her current travels, describing aquamarine seas, gleaming highways, ugly new resorts, smells of curries and frangipani, and visits to Vavuniya, Kilinochchi, Jaffna and much more.

We learn of her frustrations, longings, hesitations, sympathies, love of crab curry and hopper breakfasts almost as much as we learn about the Sri Lankan people’s slow return to samadhanam (peace). Most of the space, however, is rightly devoted to the interviews and discussions with former Tamil Tigers, army generals, politicians and ordinary Sri Lankans. These are wide-ranging and detailed, factual and opinionated, probing and thoughtful, though sometimes marred by the writer’s own, largely unquestioning admiration for the army and its role in winning the war. (In her defence, she says her father was a military doctor, that she grew up on military cantonments, that she married into an anglicised army family, and that she knows what a disciplined force the army can be in times of civilian crisis, and that because they have been much maligned by Western human rights discourse she had wanted to include its voice.)

She is critical of international media (particularly Channel 4) and the UNHRC for continuing to paint a grim picture of ‘continuing genocide’ even after 2013, even as Sri Lanka struggled with democracy and development. She denounces the NGO and activist chatterati of Delhi and Mumbai who add their voices to this prevailing opinion without even having been to Sri Lanka. A lot of this emanates, she says, from the now well-settled Tamil diaspora who desire to keep the notion of Tamil Eelam alive even when ordinary Sri Lankan Tamils she interviewed want to move on to peace and unity.

Sundarji swiftly sketches the history of the path to separatist demands. There are some useful distinctions between the Indian Origin Tamils (IOT) brought by the British to Ceylon as plantation labour and the Sri Lankan Tamils of the northern and eastern parts of the country, who trace their origins to south Indian dynasties like the Pallava, Chola and Pandya and to the Jaffna kingdom of Arya Cakravartis. The British role in fomenting trouble between the latter and the Sinhalese is rushed through, however, except for a few sentences on the favouritism of the colonial power towards the educated Tamils and the growth of Sinhalese chauvinism from 1944 onwards. She calls the LTTE ‘a freedom-fighting group’ that turned into ‘an armed and ruthless terror organization’ who ‘invented and perfected the “fidayeen” attack’.

Of course she anticipates our accusation that the telling is too superficial by stating that there is already extensive material in libraries and on the internet for the interested reader. Though this works for most of the book’s thrust, it avoids an adequate engagement with the causes for the rise of Tamil nationalism in north and east Sri Lanka and remains its one important shortcoming. And since the sections of the book that deal with the period after the civil war give ample space to the more brutal phase of the LTTE and the views of those who led the (ultimately) successful military victory against them, one hoped for more on the rationale of the now silenced enemy and the lost opportunities for power sharing in the early 80s. Two of her own interviewees state that without devolution of power, even today, peace will remain hollow.

Yet, it is a timely book. The one-day election this January brought forth a new President and Prime Minister as leaders of a victorious rainbow coalition which ousted Rajapaksa; the author quickly outlines their backgrounds and personalities, throws in a quick allegation by the new government of an attempted coup, and ends with a hurrah for the army and police chief who refused to upstage democracy!

Suffused with love for a country and its people, Sri Lanka will satisfy ‘the “thinking traveller” on a hammock in Bentota’ for whom Sundarji originally wanted to write this book. Its wealth of detail may also satisfy the more serious student of Sri Lanka. It is an important book, attempting to erode stereotypes of a people painted garishly in our imaginations by their extremely violent and ruthless ethnic conflict. It makes a plea for reconciliation, sustainable development, reduced Western meddling, and for the Sri Lankan people to make their own decisions about their new country.