Readers now have access to another of Sankar’s gems, Jana Aranya, in English 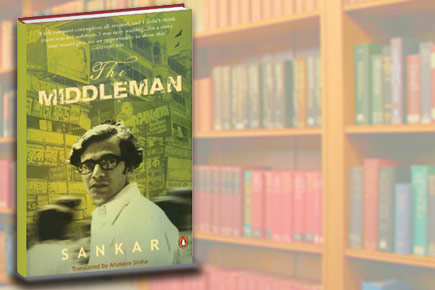 Readers now have access to another of Sankar’s gems, Jana Aranya, in English


Mani Sankar Mukherji, fondly known to Bengal as Sankar, wields a golden pen. But for years, his stories had been hidden from the world of English readers. With The Middleman, a translation of Jana Aranya, readers have access to one of his gems. Sankar tells us the story of Somnath Banerjee, a young man who, in his quest for employment in Calcutta, is torn between his ideals and struggles. When pushed to the wall, he becomes fallible. Arunava Sinha does a commendable job of rendering Somnath’s world in Sankar’s inimitable style. The characters look larger than life and Calcutta a vicious jungle—an ‘impenetrable forest infested with wild beasts, where the law of jungle was in place, albeit dressed in the garb of civilisation. No one was safe here. The only means of defending oneself were primeval methods of the jungle.’ Another episode that deserves mention: the day Jana Aranya was published, Sankar came home late. His wife told him the first reader of his book had already phoned, asking him to return his call, ‘no matter how late it was’. The caller: Satyajit Ray. The movie: Jana Aranya.