The Great Depression That Wasn’t 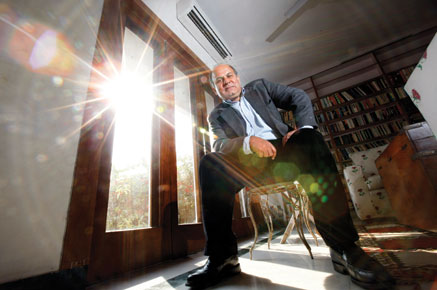 
Narratives of nervy moments in history can alarm as much as calm readers who see flashes of the past in events of the day. Liaquat Ahamed’s Pulitzer-winning 2009 book on the Great Depression, Lords of Finance, has been hailed across the world as a great read in the context of the Great Recession of recency. Having had my own grasp of the haunting 1920s–30s (and Holocaust soon after) confounded and confirmed in equal measure by this fascinating history book—with the ominous opening of Pink Floyd’s The Final Cut rivalling Bob Dylan’s I and I as subconscious mood music in my head—it somehow leaves me anything but calm.

Ahamed himself, though, appears keen to play up differences rather than similarities between then and now. As an analyst, he says enough lessons have been learnt from history’s grimmest episode for such a disaster not to repeat itself. America’s Federal Reserve Chief Ben Bernanke and other central bankers may have been slow in their response to the latest crisis, in his view, but once they saw its magnitude, they got it largely right. “They saved us from a Great Depression,” reassures Ahamed, on a visit to Delhi, where the Kenyan-born writer with a Gujarati great-grandfather shares a
holiday home with his Indian-born wife Meenakshi.

Moreover, while Ahamed may have submitted his manuscript to his publisher just a week before Lehman Brothers crumbled in 2008, its idea had struck him many years earlier, back in 1999, as an investment banker. “I ended up losing money in the Asian Crisis of 1997,” says the Harvard-educated bond trader who’d quit the World Bank for asset management, “and I said, ‘I’d better start reading up on crises.’ I noticed, one, there were rather a lot of them, and two, they were becoming a common feature of the economic scenario. So I started reading up on the mother of all crises, the Great Depression.”

The ‘lords’ of the book are the four central bank chiefs of Britain, America, France and Germany, who stumbled into the Great Depression because they simply could not free themselves of ‘the almost theological belief in gold as the foundation of money’—despite Keynes’ loud rubbishing of the yellow metal as a ‘barbarous relic’ whose scarcity only served to limit commerce.

While all four were victims of varied circumstances, they were afflicted by a common mania: to return at all cost to the Gold Standard suspended during World War I. “You are not here to tell us what to do, but to explain to us why we have done it,” Montagu Norman of the Bank of England (BoE) once told his chief economist. Committed to safeguarding the currency from what he saw as sneaky attempts to debase its gold value, he was ready to let exports and industry suffer instead. Says Ahamed, “The basic problem back then was that central bankers had no responsibility to the wider economy. They saw themselves as representing the interests of financiers, that’s all.” Central banks, after all, had begun as private operations. The BoE began by lending the exchequer money to fight a war, for example, in lieu of the right to issue paper currency in 1694. Retaining trust in the currency’s value required gold reserves as backup, and the conversion rate was a matter of honour.

After World War I, it was not easy. America was sitting atop an outsized share of the world’s gold reserves, piled high with payments for shiploads exported and collateral for mega-sums lent to war-strapped Europe. Loser Germany was being squeezed like a lemon ‘till the pips squeak’ by way of reparations demanded by the victors. Unable to pay anyone anything, in 1922 it overprinted its own currency so furiously that hyperinflation hollowed its economy out. Price tags started looking like national statistics: ‘German physicians diagnosed a strange malady that swept the country, which they named cipher stroke. Perfectly sensible people would say they were ten billion years old or had forty trillion children,’ writes Ahamed in a characteristically memorable description of the chaos. It took a heavy-handed relink with gold to rein inflation back, but the backbreaking war burden set off yet another sequence of loans and defaults that were to rattle world finances soon.

France meanwhile was enjoying an export boom at the expense of its sterling-proud rival across the sea. In the midst of all this, the last thing Europe needed was a Wall Street boom to act as a ‘colossal suction pump’ for global capital. But that’s exactly what happened. Europeans, in a bid to keep gold from fleeing to the US, raised interest rates, starving their economies of cash and pushing themselves into recession. The US was on a roll, flush with gold/funds and bubbling with business, but it couldn’t escape a trans-Atlantic debt crisis caused by Jewish businessman Clarence Hatry’s London-based empire turning turtle in 1929. Wall Street crashed, as did the US economy. At first, the Fed ensured there was extra cash to go around, but it upped its interest rate in a couple of years on sudden fears of a bullion exodus. Debtors went into default. Banks went bust. Panic went around. Folk went abegging. The US economy contracted, and whoa… out came the Great Depression.

It took a loosening of the dollar’s gold peg for a recovery to begin. Pump-priming, pioneered by Germany, came only later. “Keynes was a brilliant man,” says Ahamed, “and this was so before he invented Keynesian economics.” For a nerve-by-nerve account of the political drama and policy muddle that marked events of the time, you have to read the book. Of course, gold no longer underpins a country’s currency or trade. This, according to Ahamed, is a big reason the Great Recession is not a depression. This, plus the fact that the Fed did all it could after the 2008 credit crunch to ease the supply of money.
But, as the noughties suggest, extra-easy money has debilities too. Don’t central bankers still have too much arbitrary authority? “What’s right for the US economy may not be right for India, China, Brazil etcetera,” admits Ahamed, but his answer is ‘no’. “Central bankers of the 20s were given enormous power. They also had an enormous sense of foreboding that the world was heading off a cliff. They were paralysed intellectually because of the blinkers placed by the Gold Standard,” he says. “This time, they suffered from hubris. They had been so successful in dealing with LTCM, Mexico, the Asian Crisis, the tech bubble, that they were seduced by their own success. Sure, they’re clearly more intellectually competent. I also kid around that I think their mental health is better now [unlike the neurotic megalomania of the ‘lords’]. But I think the global system is too complicated now to run monetary policy by a rigid set of rules… It’s great if it prevents them from doing stupid things. It’s terrible if it prevents them from doing the right thing.”

What’s needed is flexibility. And an open mind. But it’s still a story all about finance to Ahamed, who dismisses any subtext of Lords of Finance that could be interpreted to assign a role to irrational attitudes of the day towards an idyll-alienated minority. “In the 1920s,” he says, “people were prejudiced, but I wouldn’t put a lot of emphasis on this as an explanation of what happened.” But fixations of inestimable consequence do persist, do they not? “If you’re asking what the equivalent of the Gold Standard is today,” replies Ahamed, “it’s the belief in the inherent stability and efficacy of markets.”

Assuredly, the belief he cites is no longer as menacing as it once was. But that’s hollow comfort to anyone whose idea of an ‘asset stress test’ is not to pore over bank data, but ask what sort of chill turns a Damien Hirst calf into a brittle laugh, or what sort of heat turns charcoal and diamond into equals. There are fixations yet.