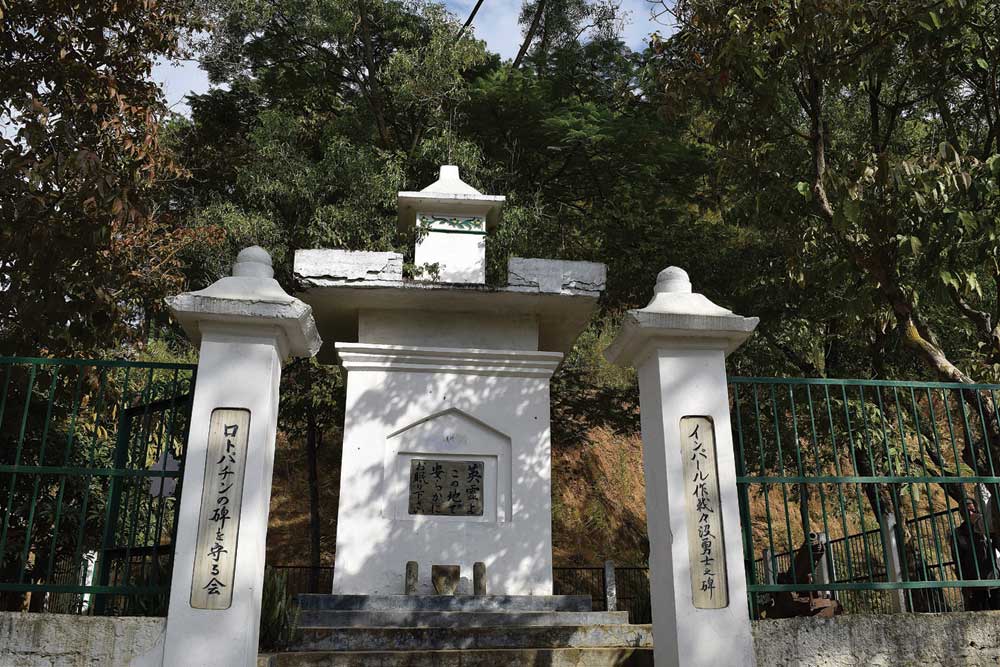 THE JOINT BATTLES of Imphal and Kohima fought on the Burma border have been named by the British National Army Museum as Britain’s greatest battle and are seen as one of the four turning point battles in World War II. Kohima is well remembered, in part because of the epic stage in the siege when Japanese and British soldiers hurled hand-grenades at each other across the lawn in the Deputy Commissioner’s bungalow. But Imphal is not remembered much although it was the Japanese prime target because it was the gateway to Burma, and General William Slim commanding the 14th Army had chosen the Imphal plain to prepare his troops for the attempt to recapture that country. Indians should particularly remember Imphal because it was primarily fought by Indian and Gurkha troops. Hemant Singh Katoch’s book is a long overdue reminder of the historic battle of Imphal.

The Imphal battle could well have gone against the allied forces. Katoch describes the Japanese army as ‘truly formidable’ with the individual soldier’s ‘unfailing determination and dedication to the cause.’ At the same time he says they had ‘a disdain’ for the allied forces they had defeated in Burma which led them to be over confident. Their commander, General Mutaguchi, thought the allied forces might well be defeated within three weeks and so he adopted risky plans and failed to establish an adequate supply line. General Slim on the other hand commanded an army in which some of the units had taken part in the humiliating retreat through Burma. He concentrated hard on raising the morale of his troops and making them undergo rigorous training producing, in Katoch’s words, an army ‘shades different’ from the allied forces defeated in Burma.

The third force at Imphal was the Indian National Army or INA. This was the moment they had been waiting for, the moment when if all went well they would cross into Indian territory and start their march to Delhi. But the INA contingent was just one tenth of the Japanese army, badly trained and ill equipped. As the battle wore on, the INA was not always adequately supplied either, and this, Katoch says, cost its men dearly.

Eventually the Allies won a resounding victory and the Japanese were forced to make what Katoch calls a ‘disastrous retreat’. He also raises a fascinating question—was the Japanese intention to march into India or did they just plan to secure Burma’s border and prevent the allies re-entering that country? According to Katoch, the Japanese Imperial General Headquarters merely gave orders to occupy areas in the vicinity of Imphal. But General Mutaguchi had other ideas. He saw the aim of the battle as going far further than the capture of Imphal.

Katoch revisits the battlefields of Imphal and describes how they look today. He undertakes the difficult task of describing the different battles fought on them and relating them to each other. So he gives a composite picture of the complicated battle of Imphal fought between March and July 1944 over what he describes as ‘a wide range of locations spread across the state, many clusters of battlefields seemingly disconnected and isolated from each other’.

Some of the most bitter battles he describes were fought along the Tiddim Road which leads to the Chin Hills of Burma. The nearest the Japanese got to Imphal on that road was when they established themselves on Red Hill near an allied divisional headquarters. It took four attempts to dislodge them. Katoch quotes Slim’s tribute to the Japanese soldiers’ determination to break through the main defensive position further down the road. He said ‘he knew of no army that could have equalled them.’

Katoch’s thoroughly researched and highly readable book restores the battle of Imphal to its rightful place in World War II history alongside the much better known battle of Kohima. It is to be hoped that the interest it arouses will put Imphal more firmly on the map of India by attracting tourists to visit the battle fields where soldiers of both sides fought with what Slim saw as unique gallantry, and many of those soldiers were Indians.

Mark Tully
Mark Tully is a veteran broadcaster and author