This year’s Booker Shortlist celebrates diverse and debut authors who write on parents and children, war and memory, trauma and poverty 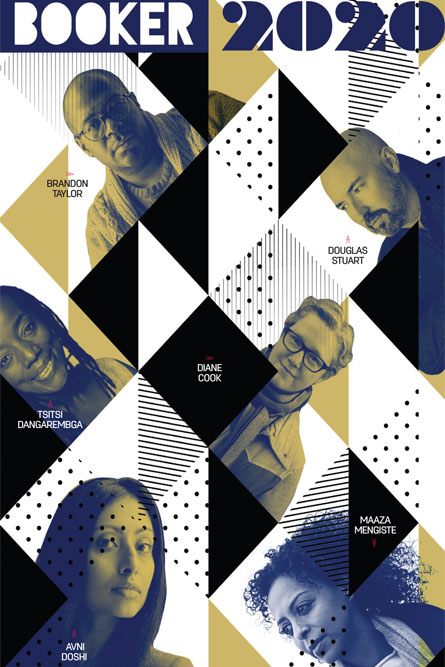 
THE BOOKER WINNER for 2020 will be announced on November 19th. This year’s award is keenly anticipated as the winner will be one of the six of a shortlist that is the ‘most diverse line-up in the prize’s history’ (Guardian). The shortlist includes four writers of colour. Four debut novelists—Diane Cook, Avni Doshi, Douglas Stuart and Brandon Taylor—are up against the acclaimed Zimbabwean author Tsitsi Dangarembga and the Ethiopian-American Maaza Mengiste for the £50,000 award. These books pipped Hilary Mantel’s The Mirror and the Light, the final in her Thomas Cromwell trilogy, to the Booker 2020 shortlist. A look at the final six: 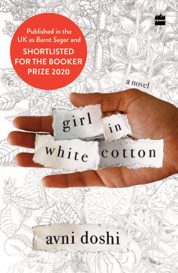 Avni Doshi’s debut novel, set in Pune, has got the Indian publishing industry especially excited, as she has an Indian agent and the book was first published here by Fourth Estate as Girl in White Cotton. Doshi who was born and grew up in New Jersey and now lives in Dubai knows Pune only as the city of her mother and grandmother, ‘a place of memory rather than certainty’.

The novel based around a mother-daughter relationship is exceptionally well crafted. It is not an easy read, and it might take a while to complete because it unsettles and disquiets.

It tells the story of an artist Antara, and her mother who is slowly losing her memory. Tara is anything but a conventional mother, she walks out of her marriage and is found living on the street with her daughter outside Pune’s tony club. Antara says of her mother, ‘Ma always ran from anything that felt like oppression. Marriage, diets, medical diagnoses. And while she did that, she lost what she refers to as excess fat.’

While the story is told from Antara’s point of view, she slowly emerges as the unreliable narrator with a secret, one that she has hidden from her mother and husband. ‘I wonder, did she ever see me as a child she wanted to protect? And when did I become a competitor or, rather, an enemy,’ Antara asks. This novel reveals how mothers and daughters can be competitors, even enemies.

While dealing with issues like memory and madness, love and lust, guilt and trust, Girl in White Cotton never strays into the sensational. It keeps its grip on the reader and leaves you wanting more from Doshi. 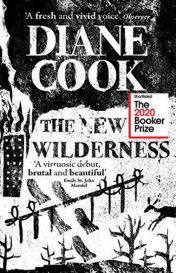 Another novel on the shortlist that deals with a mother-daughter relationship is Diane Cooks’ debut novel The New Wilderness. Cook’s first book, a collection of short stories, Man V. Nature (2014) questioned the boundaries between the wild and the civilised, while pitting humans against the extremes of nature. Her novel builds on those very themes.

Bea moves with her five-year-old daughter Agnes to the Wilderness State, a place untouched by mankind, in order to protect her from the pollution of a megapolis. Along with a group of other volunteers, mother and daughter will strive to survive as nomadic hunter-gatherers devoid of modern and urban amenities. Buffeted by physical and mental challenges, in what ways will human relationships evolve, and will they survive at all?

This eco-thriller which deals as much with climate change as it does with relationships, especially motherhood, forces readers to confront uncomfortable questions. At a fundamental level it asks; what does it mean to be human, a good human, how are we to survive in a city, how are we to survive in nature, does a woman need to choose between her mother and her child, and when faced with that choice, who will she choose? As the book asks, ‘And when they first arrived in the Wilderness, they imagined living there might make them more sympathetic, better, more attuned people. But they came to understand there’d been a great misunderstanding of what better meant. It’s possible it simply meant better at being human, and left the definition of the word ‘human’ up for interpretation. It might have only meant better at surviving, anywhere, by any means. Bea thought living in the Wilderness wasn’t all that different than living in the City in that respect.’

The New Wilderness forces one to look at nature and ourselves with an unblinking gaze. 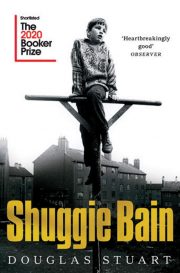 Another debut author on the list, and one who deals with a mother-son relationship is Scottish-American author Douglas Stuart. Written over ten years, Shuggie Bain is set in Glasgow of 1981. It is the story of Agnes and her son Shuggie as they dream dreams and watch them broken.

‘To be thirty-nine and have her husband and her three children, two of them nearly grown, all crammed together in her mammy’s flat, gave her a feeling of failure,’ we are told. ‘Him, her man, who when he shared her bed now seemed to lie on the very edge, made her feel angry with the littered promises of better things. Agnes wanted to put her foot through it all, or to scrape it back like it was spoilt wallpaper. To get her nail under it and rip it all away.’ While she and her children attempt to find routes out of their reality, the one that Agnes falls back upon time and again is alcohol.

This is a novel that tells of how lack of opportunities and poverty assail a community. It is a novel where the men ‘rot into the settee for want of decent work’, where the people are ‘pale and bronchial’ and where men break women into pieces leaving them beyond repair.

Agnes’ husband Big Shug emerges as the husband who carries out big and small acts of violence on his wife and other women. The fact that he is a Protestant and her family Catholic in 80’s Glasgow tells of the unrest of the time. 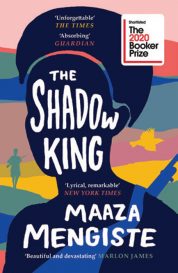 The above lines could sum up the gist of Maaza Mengiste’s The Shadow King. It is a novel that reminds us what women are capable of and the tasks that they’ve carried out, which have been written out of history. The novel raises crucial questions about colonialism, who is the Italian coloniser, who is the white writer, how are events in ‘distant’ countries chronicled and remembered?

Mengiste, the Ethiopian-American author of the novels Beneath the Lion’s Gaze (2010) and The Shadow King (2019) is the first Ethiopian writer to be shortlisted for the Booker. Born in Addis Ababa in 1974, her family and she fled the Ethiopian Revolution, when she was only four. She grew up in Nigeria, Kenya, and the US.

The Shadow King is an epic tale, which celebrates the women soldiers who have been omitted from African and European history. Based on historical details it creates a compelling portrait of the orphan Hirut who tries to adjust to her life as a house help in the home of Kidane, an officer in Emperor Haile Selassie’s army. When an Italian victory seems imminent, she conspires to disguise a peasant as the emperor and to become his guard.

This is a novel that tells both of war, and women’s role in it. Mengiste’s descriptions brand themselves into memory. ‘Aster shifts the new rifle from her left shoulder to her right while her legs stay firm and strong beneath her. She is resplendent. She is a fearsome and shocking figure, something both familiar and foreign, frightening and incomprehensible. A woman dressed as a warrior, looking as fierce as any man.’

Mengiste’s own great-grandmother Getey enlisted and went to war. In the author’s note she writes, ‘What I have come to understand is this: The story of war has always been a masculine story, but this was not true for Ethiopia and it has never been that way in any form of struggle. Women have been there, we are here now.’ 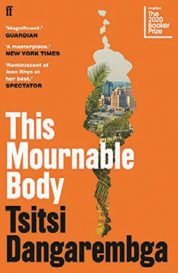 Tsitsi Dangarembga is a playwright, filmmaker and screenwriter. This Mournable Body is a sequel to her 1988 novel Nervous Conditions, which was the first published English novel by a black woman from Zimbabwe. It follows Tambudzai, a woman trying to make a life for herself in post-colonial Zimbabwe, and highlights the violence, racism and sexism of pre-Independence Rhodesia.

In This Mournable Body Tambudzai struggles to make ends meet after leaving a stagnant job. As she tries to carve out a better life for herself, obstacles keep cropping up in her path. Like Shuggie Bain, this novel contrasts dreams with reality. The reader is immersed in the world of contemporary Harare, with its charms and violence. The episodic nature of the novel takes one into several worlds. Finally, this novel tells of Tambudzai’s spirit and personhood that fights to rise above odds. 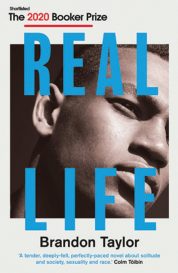 Brandon Taylor is the senior editor of Electric Literature’s Recommended Reading and a staff writer at Literary Hub. He holds graduate degrees from the University of Wisconsin-Madison and the University of Iowa, where he was an Iowa Arts Fellow at the Iowa Writers’ Workshop in fiction. This is Taylor’s debut novel.

Real Life is a campus novel imagined from the point of view of a character who is usually in the margins. Wallace is a gay black student from a small town in Alabama, who is spending his time in a lab breeding a strain of microscopic worms as a student of biochemistry at a lakeside Midwestern university. His father dies, but he doesn’t go back for the funeral. And his friends cannot understand why. Wallace will have to deal with the trauma of the past in order to reckon with the present.

According to The New Yorker review of Real Life ‘The book teems with passages of transfixing description, and perhaps its greatest asset is the force of Wallace’s isolation, which Taylor conveys with alien strangeness.’