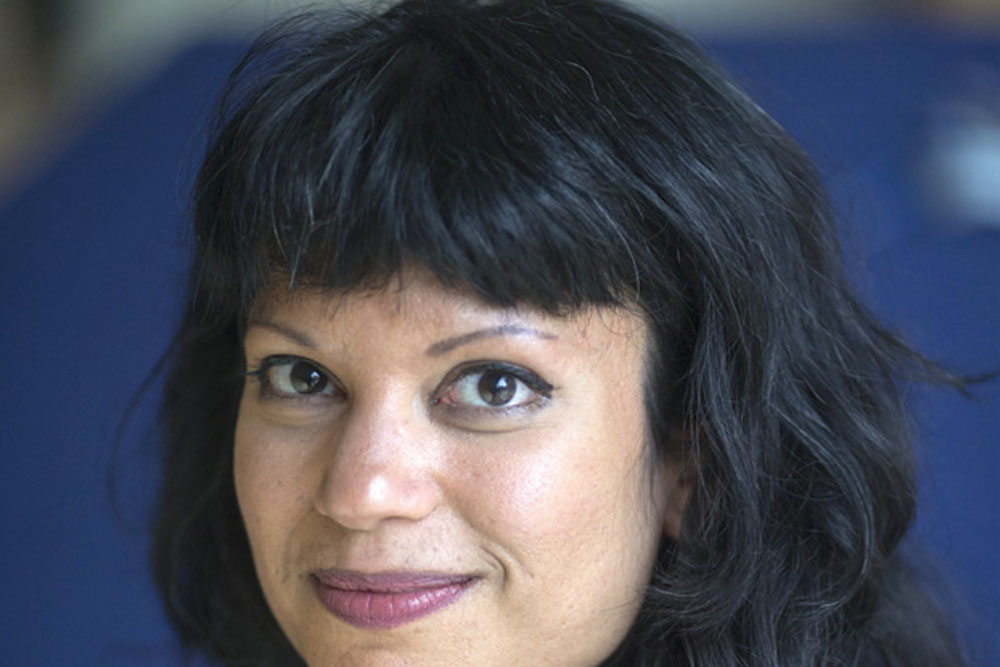 ANJALI JOSEPH’S FIRST multiple award-winning novel, published in 2010, is set in a quiet middle-class Bombay neighbourhood— the eponymous Saraswati Park—and recreates its unhurried pace. To me, it marked a refreshing change from the ‘maximum city’ obsession of so much contemporary writing about the city, at least in English.

From the high angle perspective of Saraswati Park, in her second novel Another Country (2012), Joseph’s lens narrows down cleverly to a slightly jerky, eye-level focus. In it, her narrative is like a camera closely tailing young Leela Ghosh, ever so often sitting inside Leela’s head, while she, having completed a posh education, attempts temp jobs in Paris, London and Bombay while navigating the complex inner worlds of youth, love and un-belongings.

What had struck me about both books was the remarkable acuity of Joseph’s prose, which, like the writer Rachel Cusk’s, is at once masterful and brittle, enigmatic and revealing. More than the slender plots or the characters (not that the characters aren’t competently drawn, they are, but it is not the characters or the action that keeps you hooked), it is the sheer art of her writing that makes you turn the pages compulsively. For a moment, therefore, I was a little surprised to see that her new book, The Living, contains two alternating first-person accounts.

Claire is 35 years old, a single mother to Jason, who is on the verge of leaving school, and she works in one of the last shoe factories that have survived global outsourcing in England. She spends her days there, from 7:30 am to 5 pm—do note, there is no high drama, the factory is not under threat of a Chinese takeover or anything. ‘I put my head down and started checking the first box of Audrey, a vintage sling-back with a bow on the vamp. I got out my black wax stick and fixed a scuff on the toe… I carried on checking the shoes, making sure they paired, and writing down how many times I’d done it and I heard the radio and other people’s voices and felt everyone around me at their machines or their station and Jane moving about to check on things and that busyness there always is as the shoes move around all of us a busyness where each one is doing the same thing over and over and but fast enjoying being able to do it smoothly but thinking too or in another place and it was like I’d always been there, never left, never gone home or done anything else, and that’s how it always is.’

Far away from Norfolk, in Maharashtra— and with no link to Claire but the leather trade—Arun is an elderly craftsman who makes Kolhapuri chappals with his hands, an art that is also gradually giving way to mass production. Only the ‘less successful’ of his two sons has learnt the trade, and it doesn’t seem likely that his grandsons will take to it. Arun suffers from a prostate problem, and in the curious overlap of enhanced illness-induced clarity and the common totem of old age, heightened nostalgia, he remembers his childhood, his relationship with his brother as he travels to his niece’s wedding, his brutal alcoholic years that cast a grey cloud on his family life, and finally, his clandestine love affair with a married woman, Ratna.

For a consummate prose stylist, the deliberate decision to limit herself to first-person accounts seems like a brave, if difficult, exercise. Whatever the camera angle, third-person points of view offer a writer far greater freedom to soar out and zoom in than the intimacy of first person accounts, that must be cut close to the body inhabited by the protagonist. The account of the interior world is really Joseph’s forte, but in setting herself this peculiar exercise in economy and compression, she experiments with a deep inner realism that results in a complex erudite ecosystem, but constituted with the mere fragments with which we build our inner lives inside our heads. The experiment is certainly successful.

The Living is a novel that reminds us how quiet lives lived in quiet pockets often reveal as much about the human condition as the harsh strobe-lit themes bandied about in big books: politics or terror or heaven forbid, the Zeitgeist. A perfect riposte to the tyranny of the success of the global novel, The Living celebrates, with dignity, the inner life of the local. A luminous book, I was unable to find a flaw.

(Devapriya Roy is the author, along with Saurav Jha, of The Heat and Dust Project: The Broke Couple’s Guide to Bharat)