‘The Best is Not Necessarily Literary’

David Davidar explains why publishers can’t afford to invest time and money on their authors, and goads writers to start taking risks 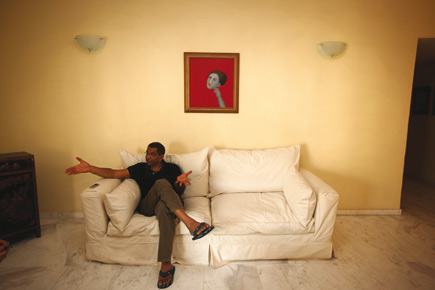 
You could call him the Bhishm Pitamah of Indian publishing. After launching the careers of Vikram Seth, Arundhati Roy, William Dalrymple and a host of other literary stars, David Davidar shifted from Penguin India to Canada as the CEO of Penguin’s international division. Following a raging controversy involving allegations of sexual harassment, he is now back in India with his own literary firm, the Aleph Book Company. Davidar tells us about new challenges in the publishing industry and offers advice to new writers.

Q What has changed in the world of Indian publishing during the time you were away?

A I think things have changed quite dramatically. While players are the same, the environment [is different], new writers and new genres have come up and there is a kind of excitement here that is quite unique in the world of English language publishing. That is because India is the only publishing market that is growing by about 15 per cent. In the West, there is a different kind of churn going on. The markets are flat there, but publishers are trying to make inroads into digital publishing, online delivery, etcetera. Here, that has not happened too much, but it will change in the next few years. So, in small places, where there is no retail bookstore, you can directly go to the consumer through online delivery.

Then, in the 1980s, I remember, there was not much trade publishing. You had to create a market and feed it. Between A Suitable Boy and The God of Small Things, a bunch of writers emerged. But they were mainly literary writers. There was little good non-fiction publishing. All fiction was of a certain kind. That has changed today. You’ve started to see the beginnings of good non-fiction, of which lots more can be done, but at least it’s a start.

Q So these are both challenging and exciting times…

A Oh, very exciting! You can be apprehensive because nobody knows where this is going to end. But in my view, there will always be writers, always be readers, and so long as they are there, publishers will be around doing their job.

Q What do you intend to achieve with Aleph?

A What I want to do is pick my shots very carefully. I don’t want to publish more than 20–25 books. I want to work with every author rather than manage a team of people. As an editor, I find it most thrilling to work with a good writer. No book is perfect. But the greatest books are almost there—they are about 90, 95, 99 per cent there. And often, when an editor and a writer work really well, they will bring it from 80 per cent to 95 per cent. But the sad truth is that since there is too much pressure on publishers to keep publishing, not much editing takes places anymore. Most writers want their editors to take them from that 80 per cent to 95 per cent, and that is what I want to do.

Also, we will not only look at traditional forms of marketing. Launches are useless for the most part. If you want to celebrate, throw a party at your house, and use that money for marketing. Online marketing is an absolute must. People in the age group of 25-55 go online at least a couple of times a day. If I cannot sell 10,000 copies, then I should not be in publishing.

Q Why has publishing in India slipped into this assembly line production mode? There are rather few editors who can take a book from 80 to 95 per cent.

A It’s inevitable. I don’t blame publishers at all. This is true not only of India, but publishing houses around the world. As sales are flat, and with digital publishing prices coming down, you cannot afford to spend that kind of time and investment. The consumer wants prices to be low. So if you are publishing 100 or 200, or 1,000 books, you have to keep going. You can’t go backwards. So unless you have a Vikram Seth or Arundhati Roy, who sell tonnes of books, you have to go with numbers. So if you have those books which sell 1,000–2,000 copies, you have to have a lot of them rather than a few which sell 10 or 15 or 100,000 copies. So everyone starts with the right attitude. And then, the market catches up with you. Every book is a gamble. Even if you are a bestselling author, you might write a book that the market doesn’t take up. So most publishers operate by the 20:80 rule. Twenty per cent of books pay for the rest of the 80 per cent. And if you are a large publishing house, then you have to keep publishing.

Q How do you intend to escape these market forces then?

A Fortunately, I don’t have any legacy issues right now. I am hoping to publish the greatest authors I can find. And hopefully, those guys are going to sell. If they don’t, then I get into the same old thing—keep publishing more and more. But I put it down to experience. Maybe I have a little more experience. I have seen publishing in most environments. So I can take informed bets. And I think I am going to be quite ruthless. I might upset a few people who have been friends. But I just want to do books now that I totally believe in.

Q There is also a flood of ordinary writing masquerading as literary fiction.

A Again, I would say it’s inevitable. Now, why do I say I can make a success of it? That is because the market is growing. There is enough room for everybody. A lot of them will fail. Some will succeed. Look at the magazine industry. A lot of rubbish is put out, but the cream floats at the top. The best will survive, and not the best in terms of content. It’s a very tricky word to use the word ‘best’. If there is a gossip magazine that has the best gossip, then that is successful. People often confuse best with literary. In a market where so much is happening, some things will survive, some will wither away. You can’t help it.

Q In the past few years, not much great writing has come from India. What is your opinion?

A In India, you have two to three writers making their mark every year. This was unheard of in the 1980s, when there were, say, about half a dozen writers. Today, there are hundreds. So it is misleading to think there are no great books being published. I think what has happened is that after a surfeit of brilliance—Rushdie, Vikram Seth, etectera—we tend to think that nobody else is good.

Q What would you say to new writers, or to those who haven’t quite made it big?

A I think one has to understand that one is operating in one of the riskiest professions of the world. The top 1 per cent make it. New writers should take the biggest risks they can to make an impact. What is happening in publishing is that retail is an overwhelming force because you are beginning to get accurate sales data. Say, one has written a book that has sold 1,000–2,000 copies. Nobody is interested—unless you come up with a giant new subject that is going to win some awards. But you cannot count on awards. So what do you do? You write the best book in the universe if you can. Think of the big books—Midnight’s Children, A Suitable Boy, The God of Small Things, The White Tiger. There is no question of how ambitious they were. Or how original they were. So you have to be hugely ambitious. You have to write out of your skin. That is the problem. I think most first-time writers are afraid to go out of their comfort zone. For those already published, if your sales track is declining gently, it’s going to be increasingly difficult to get published. So the onus is on them to pick a subject that will lift them out of the rut. So if you are a novelist, you go and write non-fiction.

Q What kind of books will excite Aleph?

A On the fiction side, there is not much planning you can do. I would be hoping to be counted among the already existing players as a good option. Non-fiction is a bit more in one’s control. There are so many subjects that haven’t been covered. I have about 20 or 30 books that I want to commission. I see no similar books in the market.

Q Could you give us an example?

A (Pauses)… (and laughs)… No, because that would be giving it away. But, let us pick any subject… is there a good book on sex? Can you think of anything like Gay Talese’s Thy Neighbour’s Wife? So all it takes is just one writer to take that plunge and the book will sell 50-100,000  copies. It will.

Q There is a buzz that your upcoming novel, Ithaca, is based on your own life. Is it?

A It’s not an autobiography. It’s certainly based on observations of 25 years in the publishing industry. One knows nothing about it from the inside. But if I write a non-fiction book about it, that will be boring. So I was looking for a plot. It’s a kind of thriller. It takes place in seven cities, from Thimpu to London.