Lucid language, poignant moments and one hell of an ending. If only there was a plot to fill the 200-odd pages. 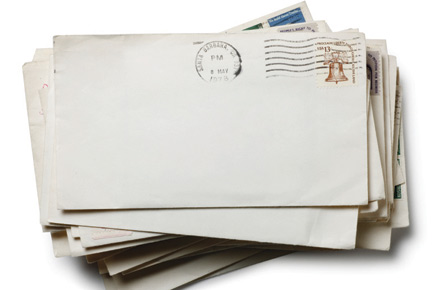 Lucid language, poignant moments and one hell of an ending. If only there was a plot to fill the pages.


If I Could Tell You is a series of letters by a father to his daughter. There are no names for any of the characters, except for the daughter Oishi. The book is about 200 pages long. In those pages, the father recounts his life. It includes her birth, how his parents died, how he met his wife, how they drifted apart, how he started writing, what writing means to him, how his book was rejected, the moments of her growing up… and in that vein, so on, till there’s a little twist at the very end. The plot would fit into a page.

There are a couple of good things about the writing. There are no characters who suddenly arrive to speak in broken Indian English. The undertone is right, of someone who has scraped the bottom and speaks from that benumbment. The lines are simple and straight. The metaphors are not forced. It is lucid language. Some moments are poignant.

On the other hand, the book is a patience killer. If you, like most readers, want a semblance of pace, then you will soon find yourself glossing over words and paragraphs. Much of it will be in the like of: ‘The single fan suspended from the middle of the ceiling desultorily dissipated the hot afternoon air.’ Or ‘They were everywhere, these rickshaws, and in their unstable forays, their ability to squeeze themselves into spaces into which cars would not be able to, their unannounced switching of lanes…’ There’s nothing wrong with them except that if they are not there, nothing would change either.

Indian writing in English is unashamedly self-indulgent. This one is ashamedly self-indulgent. It’s a book about guilt but the confessing spills beyond the main story to the writing. Since there are two writers here, the novel’s protagonist and Bhattacharya himself, we really don’t know who’s doing the confessing. Take the point when the father states that he intends these letters to be a novel. He writes: ‘Wouldn’t that be easy? Not agonising over the machinations of a plot and coincidence and plausibility? If much of it had happened, had happened to me, it ought to be persuasive enough.’ This sounds suspiciously like an apology. To take another example: ‘In that phase, I lived out the laughable cliche of the devastated man taking refuge in drink.’ Again, the message seems to be that it is wrong to use a cliche but I have come up with this device to use it nevertheless.

A recurrent worry by the writer (or by Bhattacharya?) is how his book is going to end. And here, the anxiety has paid off. Because it’s a great final three pages, using a stream-of-consciousness narrative to finesse it to the end. It works beautifully. At 200 pages, If I Could Tell You is a small novel. But in the absence of some plot machinations to hold on to, it should have perhaps have been a longish short story.