Sharmila Sen: Being the Other 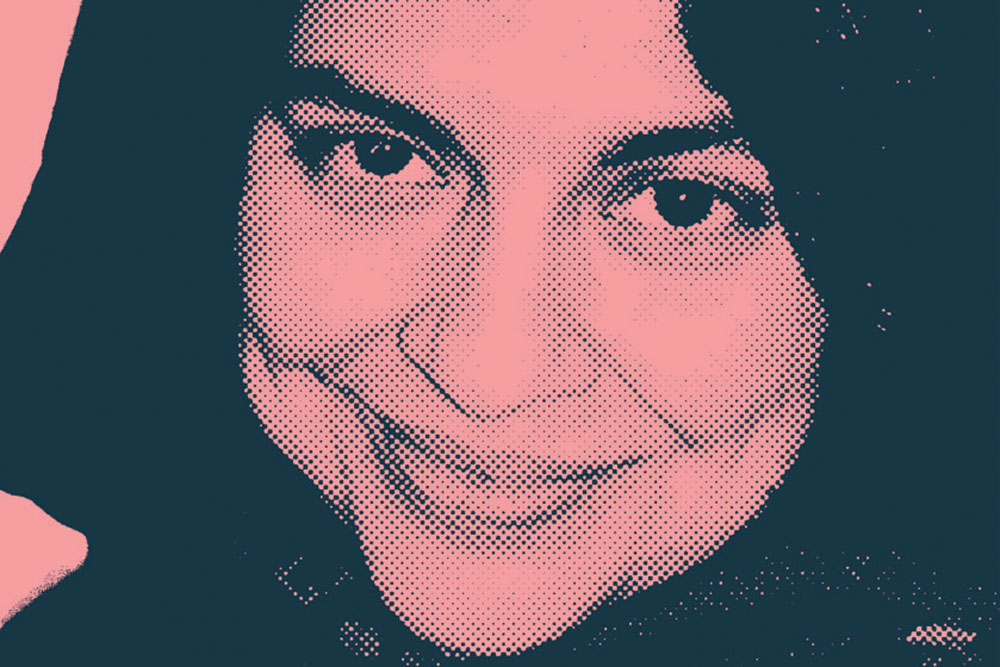 TWO YEARS AGO, Sharmila Sen was invited to address graduate students at Yale University, from where she had acquired a PhD in English nearly two decades earlier. She was to speak about racism on campus, and how non-White alumni navigated professional spaces after they left university. There was a larger context to the subject—it was 2016, and students were protesting institutionalised racism across campuses in the United States, with some high-profile cases from Yale being reported in the national media. On her way to New Haven, Connecticut, Sen mulled over the story she could tell.

“On the one hand, there was an expectation that I should be a positive model, tell a feel-good story: ‘Here are all the things I did. It turned out okay, I’m successful and you can do this too.’ Or it could be a slightly tragic story: ‘I’ve suffered, I’ve been in your shoes’,” she says. Or she could be very scholarly and clinical about it, as people with PhDs in the humanities were often taught to be. But none of those tracks felt quite right. Instead, as she stood in the room where she had once been a student, she said she wished she had the courage to be as angry as the young people who were protesting institutionalised racism.

When she was a student, Sen had learned to mask her anger and feelings because she didn’t want to scare others—something other immigrants and minorities resorted to as well. “Maintaining that perfect composed face and the perfect warm smile… we were the most popular people at parties. We didn’t stand around being grumpy and angsty. It came with a sense of self-preservation.”

Sen was only 12 when she moved to Cambridge, Massachusetts, in 1982. Her father, a trained geologist, had been unemployed for a few years and their middle-class life in Dover Lane, Calcutta, was slowly sliding down the economic ladder—her Bharatnatyam classes were terminated, fish and fowl disappeared from the menu at home, and she began to buy used textbooks from seniors at school. When her father’s childhood friend, an architect who had migrated to the US in the 60s, arranged a salesman’s job for him at a men’s clothing store in Cambridge, it was time to leave.

In her recently released memoir Not Quite Not White; Losing and Finding Race in America (Viking; 224 pages; Rs 599), Sen writes about feeling irritated and embarrassed when people in the States would ask her why her parents had immigrated. They weren’t fleeing war or political turmoil, and weren’t expats. It was what scholars would call ‘Homo economicus’— they were seeking economic gains. ‘They sounded like people who had failed to be successful in the country of their birth and sought a second chance in a richer country,’ she writes. As she learned to mutter “for better jobs” as a template response, Sen knew she had to assimilate as quickly as she could. “Kids are cruel, in any place in the world. You have to blend in fast if you’re going to survive and I had no intention of standing out. Who wants to be a foreign kid when they’re 12 years old?”

She began by training her tongue in both ways—how to speak American and how to eat American. After school, she watched quintessential American shows to learn how they lived, spoke and behaved. The rice and fish-accustomed palate was adapted to accommodate Campbell’s soup, Bisquick and Jell-O. She remembers a particular meal, one of her first after arriving in the country. The hosts had served smoked salmon and Nordic rye bread and she was struggling to eat it. When they offered to bring her some soup, she agreed, only to have a big bowl of minestrone placed in front of her.

“I love a minestrone soup today. But 35 years ago it was a new soup, with the chunky vegetables, the pasta, the flavour of oregano. Not like a cream of tomato or chicken. I write about that because I want anyone who’s experiencing that, anywhere in the world, to know they’re not alone. These are experiences of people who’ve had to make historic shifts, from one very distinct culture to another one. I want them to know it’s okay that we struggle with these things, and that eventually we change and our palates change. There’s nothing shameful about it.”

“That’s how privilege and elitism works, it sits very lightly on the shoulders of those who wear it” – Sharmila Sen, author

An underlying thread in that experience was also something most immigrants routinely felt—the weight of gratitude, that they are the grateful recipients of superior things and experiences. Sen mentions Viet Thanh Nguyen, the Vietnamese-American Pulitzer-winning novelist, who recently spoke up about refugees and immigrants carrying an undue burden of gratitude. “Every human being should be grateful, but refugees and immigrants should not carry this undue burden that native-born citizens don’t have to carry. There’s a flipside to it too. When a refugee or an immigrant offers a critique, they’re not being ungrateful immigrants. I risk being called an ungrateful immigrant. I have critiques of both India and America, but I have a deep love for both countries.”

Sen had spent her infancy years in Calcutta of the 70s, attending a private school run by Catholic nuns. While the maternal side of her family were “haute bourgeoisie”—zamindars-turned- barristers-turned-freedom fighters—her father came from a family of scholars and intellectuals. But privilege was an alien notion until she arrived in the US. “I never thought of myself as belonging to an upper-caste Hindu family. That’s how privilege and elitism works, it sits very lightly on the shoulders of those who wear it. I didn’t even think of my religion as being that of the majority,” she says. “But when your life trajectory puts you in a different circumstance, you suddenly become aware of yourself and start seeing yourself through the eyes of others.”

In the book, Sen frequently alludes to the basti (slums), an area she never saw, but knew existed beyond a huge garbage dump in Calcutta. It’s where the domestic help came from. The basti was also a metaphor for downward mobility; it’s where you would end up if you did poorly in your exams, if you married the wrong man, if your father lost his job, or if the economy tilted.

She was reminded of those invisible lines when she took up a job as a freelance interpreter in college. Most of her assignments involved deportation cases involving Muslim Bangladeshi immigrants. They spoke her language and knew her culture, but she was the one dressed in American clothes, speaking with an accent. She had been dealt the luckier hand as the young immigrant who had made it, while they were the unwanted minority. As she relayed the judge’s verdict, she knew the space between them was frighteningly narrow. “You carried that sense of precariousness that came with the garbage dump with you everywhere. Even when I had ended up halfway across the world in a country with a very different economic narrative.”

An interesting phenomenon Sen delves into in the book is ‘Going Native’— originally used to describe the actions of White people who attempted to look and act like people of colour in the latter’s countries. When she first arrived in the States, Sen put on her “whiteface”, trying her best to emulate their customs and distancing herself from her Indianness. The final remove came when she was in graduate school—navigating elite White spaces, she wanted to come across as the ideal immigrant. “The line between cosmopolitan and chic, and plain immigrant is a thin one,” she says.

Sen was a straight-A student who studied in Ivy League schools and began teaching at Harvard when she was 28, introducing students to the works of Caribbean, African and Asian writers. While she studied canonical texts during her own time at Harvard, there was very little literature that wasn’t European, British or American, let alone from the Indian Subcontinent.

Currently the executive editor-at-large at Harvard University Press, Sen has had to battle questions of tokenism through her life, being told she’s an affirmative action hire. At conferences, she’s had authors mistaking her former male (White) assistant as the editor, pitching their books to him. “At the heart of tokenism is the charge of saying, ‘You don’t deserve the position you have.’ I am very wary of Asians and south Asians currently being used as a wedge group to take down affirmative action.” But as she gets older, she says she’s not so surprised by it. In a recent essay, she wrote of how she had nothing in common with people who had realised America was racist, imperial and brutal after Trump was elected to its presidency. “I envy people who discovered this in November 2016. They must have lived very protected lives to not know this.”

Today, she calls herself ‘Not White’, and wants more for her teenage children than just to be people of colour. She’s glad that students today are talking about identity politics-. “The younger generation born in this century has inherited a complicated, violent and economically fragile future from past generations of Americans. They are more open-minded about peers who might be different from them, thoughtful about the environment, politically engaged, and brave about speaking up against injustice and inequality. I see this in my children and their friends and that gives me hope.”