Rhythm by the Sea

The many mysteries of Pondicherry 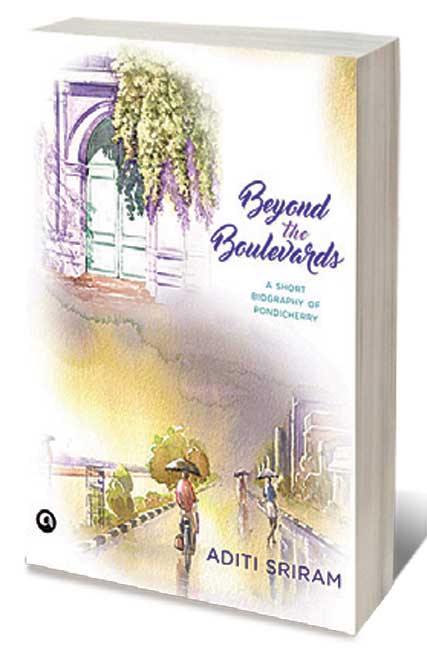 Beyond the Boulevards: A Short Biography of Pondicherry Aditi Sriram Aleph 201 Pages 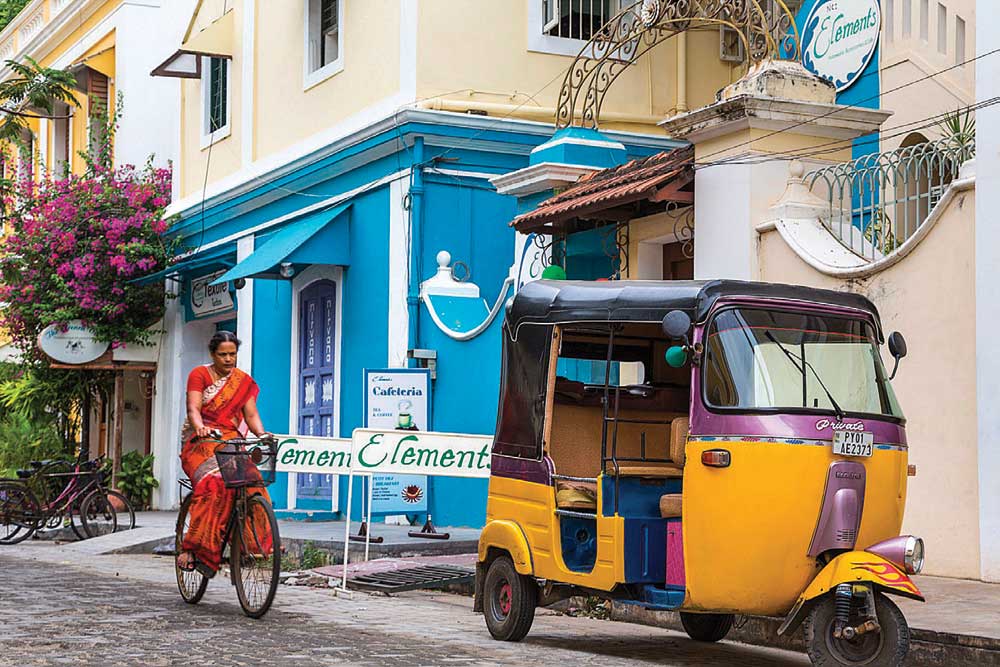 ANY VISITOR TO the coastal town of Pondicherry, situated 120 miles south of Chennai, is bound to be mystified by its many charms: beach, architecture, spirituality, cosmopolitan culture and, of course, its latent and manifest histories. While the experiences offered by this former French territory are pleasant enough on the surface, the mysteries of the town’s past and present do not yield themselves so readily. By virtue of its history, Pondicherry is a location where different nationalities, architectural styles, religions, cultures, languages, lifestyles and even states of mind co-exist in close proximity. Beyond the Boulevards is a marvellous one-of-a-kind book on Pondicherry, which succeeds, against all odds, in making this ‘quaint’ town give up her deeply held mysteries for the reader.

The core of Pondicherry is White Town, the original French quarter, which is enclosed by a strip of beach flanked by a Promenade on the east and boulevards on the other three sides.

It is within and without these boulevards that Pondicherry exists in many forms. To capture each of them, says the author, ‘this city biography…must use a kind of storytellingthat [is] part fact, part flânerie, part folklore.’ It is the captivating rhythm created by these three elements that animates the book. Typically, the author-flâneur first walks down a street, visits a building, or meets people in public and private spaces in the city. There she unearths facts, of the past and present, and weaves them into a story. Sometimes the story involves folklore, accounts of a more recent time, a conundrum of belonging that has persisted or a civic challenge to be surmounted.

For instance, a walk along the Promenade reveals ‘a landscape of portraits’. These are buildings that are historical, government and private sites, each with its special appeal for the visitor. A walking tour of places of worship within the boulevards —of Hindu, Christian and Islamic faiths—furnishes a brief history of how Christianity and Islam took root in Pondicherry and came to be accommodated in the grid of streets in White Town, segueing into a moving anecdote about how three friends from an ‘inter-religious friendship movement’ mobilised the community to keep the peace and prevented any untoward incident from happening in the wake of the demolition of Babri Masjid in December 1992.

The book also includes a fascinating account of a defining presence in the city, the Aurobindo Ashram, founded in 1928 by the saint-philosopher, Sri Aurobindo. The community of 2,000 resident members of the Ashram and their activities infuse Pondicherry with a spirit of meditation and spiritual quest, accentuated by the thousands of daily visitors to the Ashram from all parts of India and the world. The flâneur-author meets a bunch of people connected with the Ashram in various capacities to uncover the all-too-human aspects of the institution’s existence. Yet, it’s undeniable that there is a balm-for-the-soul quality that emanates from the town.

There is more. To help us understand the ‘multi-dimensional’ DNA of Pondicherry, which allows for the co-existence of disparate elements, there are encounters with Tamils who speak about their personal aspirations in this milieu and with expatriates who try to forge links, by their own lights, with local communities. We also meet the descendants of former colonial subjects, who still dream of moving to France as a matter of residual entitlement. The author walks us through ongoing struggles in the town to preserve its historical inheritance (which includes the strip of beach!) against despoliation and neglect. The coda of the flâneur’s exploration is an encounter with how Pondicherry sustains the memory of its own past, a walking tour of six libraries, five bookstores and four museums in an area roughly 1.5km x 1.5km!

This jewel of a book that uncovers and illuminates the miraculous existence of a quaint town from our history is sure to bring joy to both long-time visitors to Pondicherry as well those yet to partake of her delectable offerings.