With this novel, Sudhir Kakar’s transition from psychoanalyst to fiction writer has finally been successful. 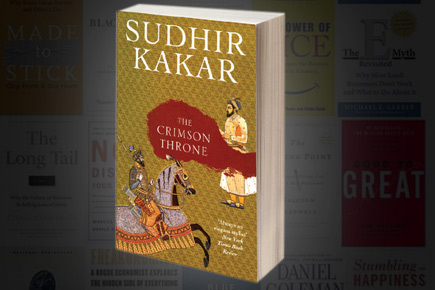 With this novel, Sudhir Kakar’s transition from psychoanalyst to fiction writer has finally been successful.


Sudhir Kakar was one of the masters who held a key to our collective unconscious. As a cultural psychoanalyst, he gave us erudite studies on identity, adulthood, sexuality, and a rather comprehensive study on childhood. He sought the language of the mystical experience, as well. His most lasting and insightful contribution was a study of healing practices: Shamans, Mystics and Doctors. His academic works bear the mark of a fine craft of writing. Several years ago, he reinvented himself as a story-teller, perhaps to explore what could not be accessed through and from within the boundaries of academic psychoanalysis. This transition was not an easy one, and his three earlier works of fiction, The Ascetic of Desire, Ecstasy and Mira and The Mahatma, bear testimony to this. They were enjoyable, but often the narrative was overladen and burdened; the possibilities of fiction not entirely within his grasp. But The Crimson Throne suggests that he has made this transition and has emerged as an enchanting storyteller.

This is a historical novel set in the last years of the reign of Emperor Shah Jahan, in the period that marks the decay and decline of the Mughal Empire. The story is narrated through two European travellers: Venetian Niccolao Manucci and the fabled French chronicler, Francois Bernier. Manucci, escaping life as a dock boy in Venice and seeking fame and fortune, finds himself in the charismatic, eclectic court of Dara Shukoh, the heir apparent. He revels in his fame as a miracle healer of all that ails bored and neglected princesses and concubines of the harems of the nobility. His avarice, his hunger for both sensuality and gossip that rule the life of harems makes him an ideal observer for times of strife, intrigue and decay.

Bernier, more cultivated, cultured and restrained, is attached to Danishmand Khan, the powerful noble and mir bakshi of Shah Jahan. Bernier is the more cerebral of the two narrators and records the lives of the Omrah of the imperial court. Their narratives, one of the carnal life of Imperial Delhi and the other more concerned with the life of the mind and high intrigue, create an enthralling melange of an empire in crisis.

Historical fiction is a treacherous terrain. It requires deft handling of the subject without allowing the historiography to weigh upon the narrative. Kakar is very conscious of this. He says, “Historical fiction, which seeks to give imaginative life to historical events… must find a balance between the emotional truth of its characters and often the ambiguous evidence of history, between the needs of fiction and the demands of historiography.” The Crimson Throne attains and maintains this very fine balance. His characters are alive—not just the two narrators, but even those who appear almost fleetingly. Niamat, the chief eunuch of the imperial harem, has this to say about his friend Khwaja Chisti, a eunuch in the service of Danishmand Khan. “My friend Khwaja Chisti is an optimist… But, then, he is not completely of our tribe. Something went awry when he was being castrated. He still feels remnants of the urgings that compel men to ignore what is plainly in sight, or to espy what is not there. Eunuchs, by nature, are realists. Our eyes have long stopped being seduced by illusion.” The novel is enriched by such insights into the ‘truth of the characters’.

It is lusciously imagined fiction, by far Kakar’s finest.