In his first collection of short stories, Kazuo Ishiguro shows us that this form is capable of handling the biggest of themes 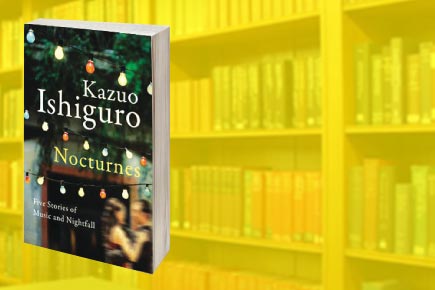 In his first collection of short stories, Kazuo Ishiguro shows us that this form is capable of handling the biggest of themes


These are stories about musicians, some successful, some frustrated, some forgotten. These are also stories about couples: bickering, manipulative, ruthless, but always innocent. These are, in some sense, also stories about the passage of time. As we grow older, the past becomes an incomprehensible jungle. There is clarity, but there is also confusion.

Ishiguro’s characters are obsessive to the point of being psychotic. In ‘Come Rain or Come Shine’, Ray, a schoolmaster, is called in by a couple, friends of his from college, whose marriage is on the rocks. His role is to give the wife some perspective, ‘… look I’m doing okay. Look at loads of other people we know. Look at Ray. Look what a pig’s arse he’s been making of his life.’ When Ray finds out that Emily, the wife, has scribbled something in a notepad about finding him a crashing bore, he crumples the pages in rage.

He then gets paranoid about Emily finding out that he has been reading what he thinks is her private diary. He tries to cover his tracks by creating a mock hurricane inside the house: the neighbour’s dog comes visiting, knocks over objects, tears pages out of the diary. When Emily walks in earlier than expected, she finds Ray on all fours, chewing paper, ‘The ideal technique, I began to gather, was not unlike the one needed in those fairground games where you try to bite apples bobbing in water without using your hands.’

In ‘Crooner’, a washed-out American singer explains to the local Venetian guitarist how the celeb wife culture works in America, ‘A girl needs to be prepared to get out of the elevator at the second floor, walk around. She needs to get used to the air on that floor…Then maybe, one day, on that second floor she’ll run into someone who’s coming from the penthouse for a few minutes…’

And in ‘Nocturne’, a failed jazz musician is dumped by his wife for a rich man. The new couple thoughtfully decides to compensate for his sadness by paying for his plastic surgery. As his agent tells him he’s ‘the wrong kind of ugly… have you ever considered getting a little work done… of a surgical nature I mean?’ He reluctantly agrees. Anything for success.

In these delicate stories, Ishiguro takes on some pretty hard subjects—human ambition and folly, the nature of celebrity, the uneven folds of desire, the fear of impending death, showing us that the short story form is capable of handling the biggest of themes. Like a good short story writer, Ishiguro leaves out a lot, concentrating instead—to use Stephen Millhauser’s phrase—on the grain of sand in his hand. Still, he makes some mistakes that novelists-who-also-write-stories often fall prey to. At times, the characters are too ripe; at others, like in ‘Nocturne’, he lets the narrative lapse into Hollywood farce: a man and woman, their faces bandaged, running around a hotel with an award statuette, being chased by night security. Will they get caught out? What will happen then? Let me not give it away.

Palash Krishna Mehrotra is the author of Eunuch Park, recently published by Penguin