Six books that define our times, and redefine the novel. And one will be the winner next week 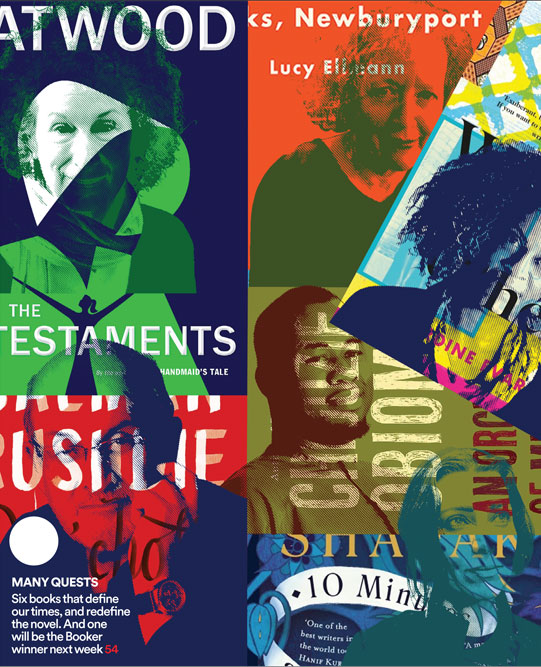 
The Booker Prize 2019 shortlist is an unusually competitive one with heavyweight authors like Margaret Atwood and Salman Rushdie leading the fray. But the other books in this selection also hold their own as they reimagine the novel (for example, Ducks, Newburyport), espouse a feminist anthem (Girl, Woman, Other and 10 Minutes 38 Seconds in This Strange World) and make contemporary Homer’s Odyssey (An Orchestra of Minorities).


THIS NOVEL, WHICH follows 12 characters, mostly black British women, is told without the use of regular full stops. As a reader, this lack of conventional punctuation can be disorienting at first. After all, punctuation creates the rhythm of a work. But page after page, chapter after chapter, one realises that this novel has its very own cadence, a breathless and accelerated one at that. Sample this: ‘Penelope decided she would go to college, marry a man who idolized her, become a teacher and have children / all of which would fill the gaping, aching chasm she now carried inside her / the feeling of being / un / moored / un / wanted / un / loved / un / done / a / no / one.’ 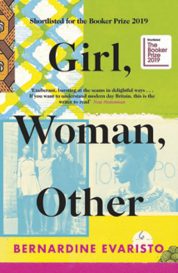 Each chapter is dedicated to a different character, whose life intersects to varying degrees with others’ lives, from being friends and lovers, to merely being at the same venue at the same time. The characters include Amma, a lesbian socialist playwright; Yazz who is studying English literature and plans to be a journalist ‘with her own controversial column in a globally-read newspaper because she has a lot to say and it’s about time the whole world heard her’; and Bummi who is raising a child alone, having fled the Niger Delta, and who will ‘never tell anyone how low she had gone to elevate herself and her daughter’.

Evaristo, the author of seven books, spanning fiction, poetry and literary criticism, creates a novel that is wonderfully political and personal. She writes of race and gender by writing of struggles faced and overcome, joy captured and squandered, and lives lived. Each character is a creature of flesh and blood, who is both fallible and unassailable, and completely human. 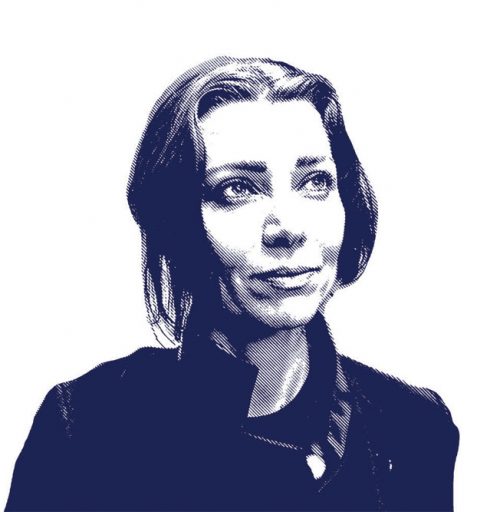 ELIF SHAFAK is an award-winning British-Turkish writer. A PhD in political science, she has published 17 books, 11 of which are novels. In May this year, Shafak was investigated by Turkish authorities for dealing with subjects such as child abuse and sexual assault. Writers and activists came out in support of Shafak, and the freedom of speech. Her recent novel with its intriguing title—dedicated to ‘the women of Istanbul and to the city of Istanbul, which is, and has always been, a she-city’—pays homage to characters who are usually elbowed to the margins, and rendered out of sight, and out of mind. 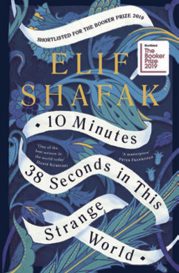 The novel opens with Tequila Leila lying dead in a metal rubbish bin on the outskirts of Istanbul. The novel chronicles the thoughts in Leila’s head from one minute past death, to ten minutes thirty-eight seconds past death. Shafak shows us that while people assume that a corpse is devoid of consciousness, it is on the contrary ‘brimming with life’. Leila who worked as a prostitute knows that her family will not come to claim her body, instead she will have to rely on her five friends—Sabotage Sinan, Nostalgia Nalan, Jameelah, Zaynab122 and Hollywood Humeyra.

Using the clever ploy of the thoughts in a corpse’s head, Shafak gives us a gripping tale of how adversity can define life’s trajectory. As a reader, we root for the characters. Leila’s childhood is one of misunderstandings, abuse and brutalities. Society and governments might dismiss the Tequila Leilas of the world to the ‘Cemetery of the Companionless,’ but it is the authors and poets who resurrect them. In this novel, Shafak does not celebrate the marginalised, but she recreates them with compassion, and sows the seeds of empathy. 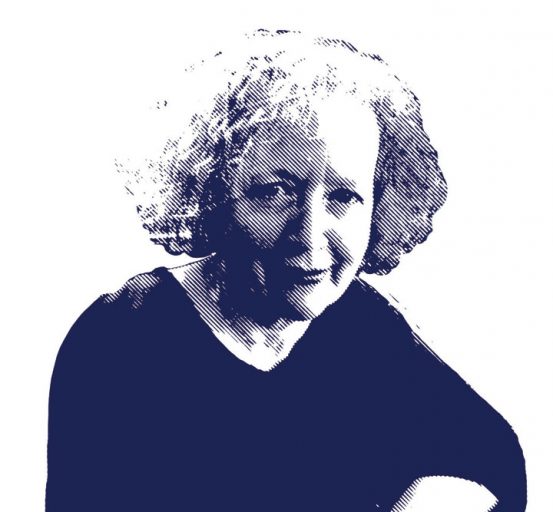 LUCY ELLMANN’S Ducks, Newburyport has got the most attention on the shortlist for its unusual, perhaps even baffling, structure. At 1,000-plus pages the novel is not yet available in India, but international critics have already pointed out that ‘95% of the novel is made up of just eight near-endless sentences, without paragraph breaks, some of them spooling over more than 100 pages’ and ‘that 98% of those who pick it up will think it unspeakable guff, and the 2% who get it will really get it’ (The Guardian). 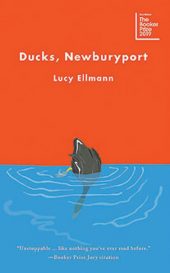 The novel is told by an Ohioan mother of four, who is baking cherry pies. True to a stream-of-consciousness novel she ponders over all things, and all things American—her children, her dead parents, African elephants, the bedroom rituals of ‘happy couples’, weapons of mass destruction, school shootings, medical debts, etcetera. Every 100 pages or so, readers will hear from a female mountain lion who has cubs.

This is a novel that tries to replicate the workings of the brain, the randomness of thoughts and haphazard nature of introspection. And to do that it restructures the form of the novel itself. As Parul Sehgal writes in The New York Times, ‘This book has its face pressed up against the pane of the present; its form mimics the way our minds move now: toggling between tabs, between the needs of small children and aging parents, between news of ecological collapse and school shootings while somehow remembering to pay taxes and fold the laundry.’ This is a novel of chaos and excess and non-sense, and that is the entire point. 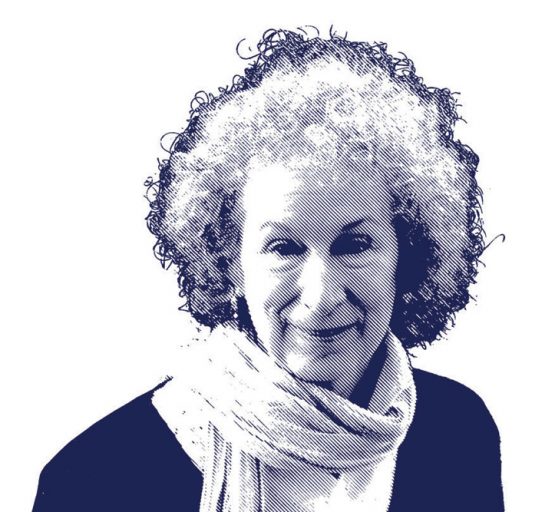 FEW NOVELS HAVE been as eagerly awaited as Margaret Atwood’s The Testaments, the sequel to The Handmaid’s Tale (1985). Atwood has written more than 60 books, won more than a 100 prizes, including the Booker for The Blind Assassin (2000). The Testament’s key protagonists are Agnes, an orphan adopted by a Gileadean family; and Daisy, who was smuggled out of Gilead, adopted by a Canadian family and lives in Toronto. Both Agnes and Daisy are daughters of Offred, the protagonist of The Handmaid’s Tale. Atwood has said in the past that The Handmaid’s Tale was written to answer the question: ‘If there was a totalitarian regime in the US what form would it take?’ The Testaments shows what makes such a regime fall apart. 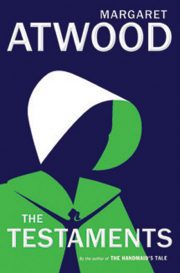 At the age of 79, Atwood is perceived today as the high priestess of literature. With the death of Toni Morrison, she alone occupies the position of both author and prophet. The web series of The Handmaid’s Tale holds a mirror to our times, as it unpacks complicity, consent, morality and immorality. Atwood has often said that nothing can be included in her fiction that hadn’t happened somewhere in the world, and time, and time again, unfolding political events reaffirm this. The hype around the novel is not misplaced as it is sure to be celebrated as a feminist classic.

(Read the complete review of The Testaments) 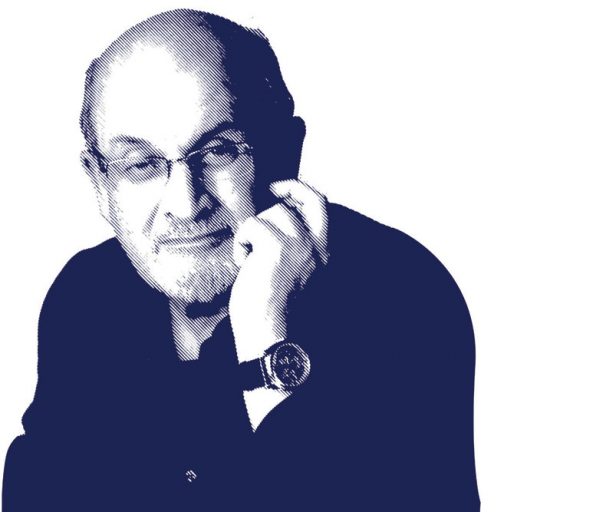 SALMAN RUSHDIE’S LATEST work has been touted as ‘a dazzling Don Quixote for the modern age’. And when it comes to Rushdie, readers expect to be dazzled and delighted. Quichotte tells of an Indian man living in America, working as a travelling pharmaceutical salesman addled by too much reality television. 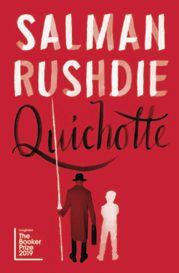 He comes to believe that he’s destined to be with a talk show host named Salma R living in New York, and so sets off on a quest for her love.

This novel is as much road trip as it is satire, taking on today’s big topics, whether it is climate change or immigration or fake news. But ultimately this is a novel about matters of the heart.

(Read the complete review of Quichotte)