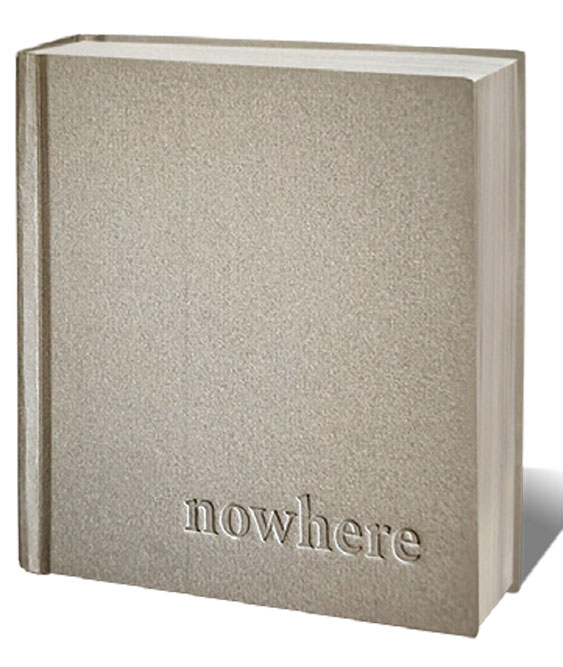 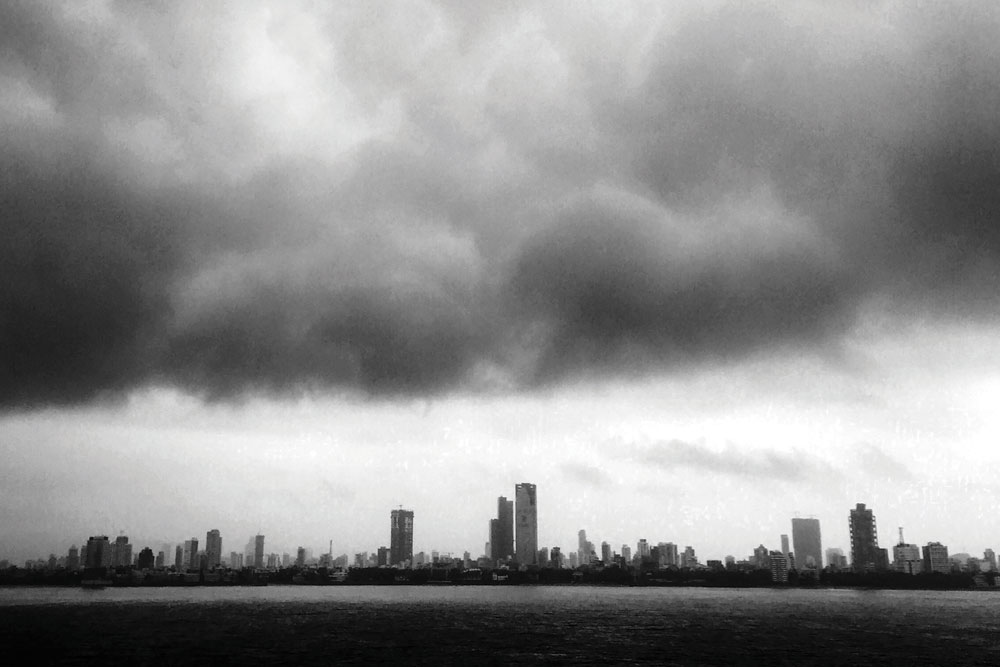 
THE SEA GOD Proteus, in Greek mythology, could change his shape—he could be lion, monster or fish. But if his adversary held on to him through the transformations, he had no choice but to surrender and expose his identity as a divine being. Nitesh Noor Mohanty’s self-published book, Nowhere (designed by Studio Anugraha; limited edition: 300 copies; 136 pages; Rs 2,500), is ostensibly about that time of his life spent caring for his wife, Diya, who ultimately succumbs to her cancer—astrocytoma, a tumour of the brain—a passage recorded with visual candour, elegance, compassion and precision. In holding the memory of his wife, Mohanty’s photographs become like an embrace across time and space. Slowly, instead of losing her life to cancer, Mohanty’s gaze turns Diya, whom he had met as a fellow student at JJ School of Art, into someone ahead of death, otherworldly, celestial, a personal angel. The embrace reveals her—she is young again, the wind is in her hair, one hand on her hip, time stretches before her, without end. 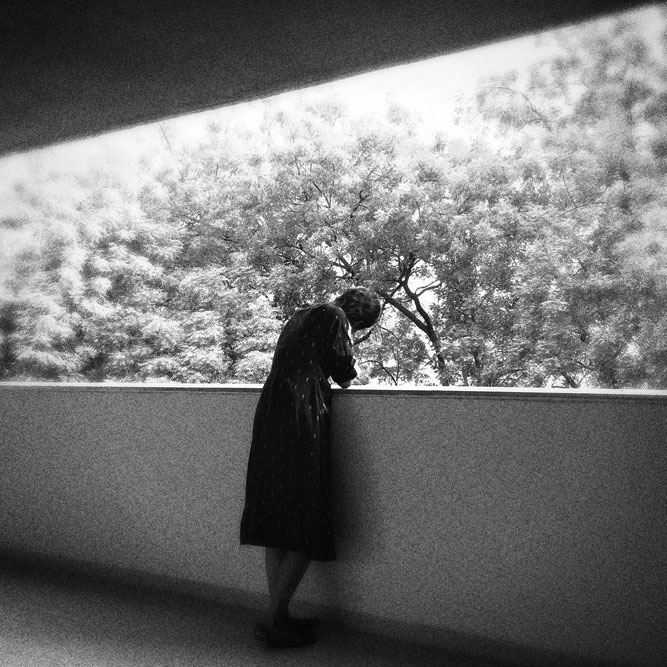 Over a few years, I watched Mohanty post photographs online of Diya, as she worked with her cancer; and indirectly of himself, in his care of her. It was tense to see her heal, disintegrate, come together, forge, fall down, break apart; and, eventually, dissolve into her pain.

Now, as the mere act of breathing is hazardous, a generation of Indians—the youngest in its history—is forced to look at its mortality in the eye. And death—Nitesh Noor Mohanty’s key theme of examination—raises one silent, secondary question: how must the bereaved go on?

The photographs, taken across seven years, tell a story of a marriage and the great, difficult, rewarding task of loving someone. Dead bees, an empty bed, a half-eaten pomegranate—photographed on a Nikon and latterly over a phone—manifest exquisitely on Munken Pure Rough, a paper that conveys the granular, nostalgic quality of images. Books (photographs of books by Julian Barnes and Michael Ondaatje) are offered as clues into the couple’s personal time. Were the books here to companion long hospital silences? If they were gifts—lover’s gifts—what solace did the couple find in the pages? The photographs are placed as masterfully as in Nan Goldin’s The Ballad of Sexual Dependency—while they don’t share Goldin’s electric rock-n-roll decadence, there is a lyric parallel, a shared mood of whimsical time, unreliable time, diminishing time: any moment, things will change. 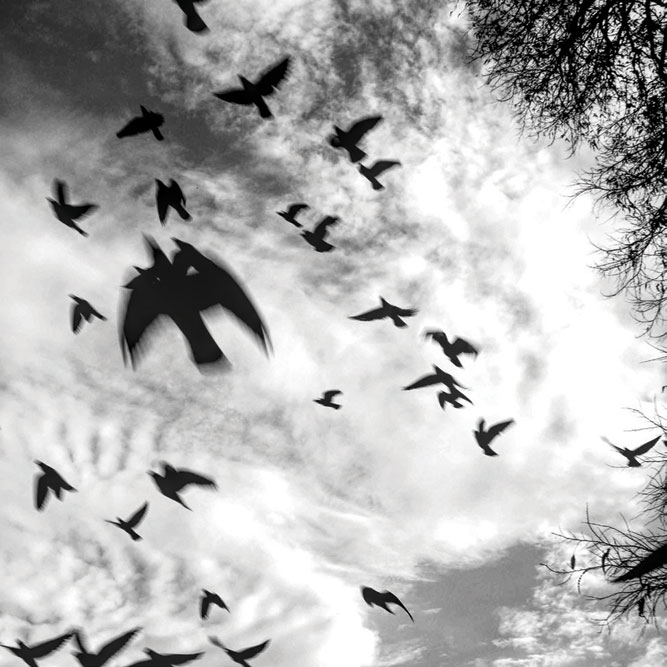 The photographs follow rules of formalism—triangles grow evident in the flocks of birds in flight. A cityscape, under monsoon clouds, laid out over two pages, seems almost to follow guidelines of set design. Formalism defines arrangement, which sometimes keels into the obvious (an image of a wilting flower placed beside a shot of a woman leaning into a balcony wall, looking down). The book arrives at a vital cultural and social moment—we are all locked in our homes (at least for those privileged by shelter). Now, as the mere act of breathing is hazardous, a generation of Indians—the youngest in its history—is forced to look at its mortality in the eye. And death—Mohanty’s key theme of examination—raises one silent, secondary question: how must the bereaved go on? 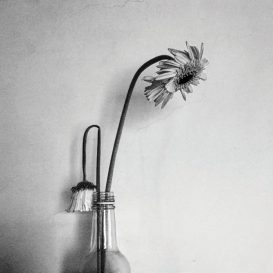 Nowhere might serve as a visual companion to Joan Didion’s The Year of Magical Thinking, which in constructing the author’s first year of widowhood gradually evolves into a meditation on losing someone. In the years after a death, memories lunge at you like javelin strikes; then there is the guilt one feels for not loving enough or too much; and the shame one conceals for the privilege of remembering in a world defined by forgetting. Mohanty’s book resists these sentimental urges; inspired, as if by Proust, each photograph is a prompt, ushering us into the photographer’s private album where after the aesthetic consumption of sorrow is done, one experiences a tremor of something authentic, a quality difficult to achieve in photography. Emmet Gowin’s pictures of Edith Morris, his wife, sidestep the romanticised ideal of the female form. Morris controls the photographer, laying out traces of intimacy, herself establishing the Morse code of a marriage and of her body. Photographing is no longer a ‘taking act’ but a giving one, where the subject is sovereign, undecorated, an aesthetic that appears to guide Mohanty. ‘If you set out to make pictures about love, it can’t be done,’ Gowin has said. ‘But you can make pictures, and you can be in love. In that way, people sense the authenticity of what you do.’ 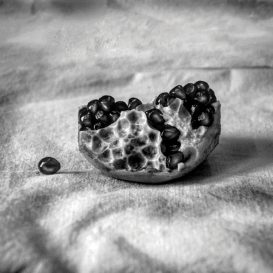 In a conscious elimination of a larger spatial context of time, this book could be reduced to a diary of private moments. Nowhere is deeply personal of course, but its excellence renders it universal, the loss of one person is gateway to the larger idea of sacrifice. What waits in the space made by the person who has left? ‘The lover’s fatal identity is precisely this: I am the one who waits,’ wrote Roland Barthes. Nowhere is glorious, subtle and moving evidence of what occurs when someone has made waiting their life work, which is to say: it does not call on time to fulfil further promises. Love has been enough.