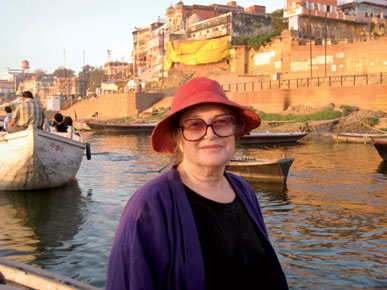 What a great time to be reviewing Wendy Doniger’s new book about the Kamasutra. We’ve been through a week where full and free access to pornography on the internet was blocked, reinstated and finally, restricted. Even John Oliver, far away on US television, was moved to lampoon the ban on pornography in the country “that gave us the Kamasutra”. In the real world, Mumbai’s police have detained, fined and publicly humiliated 40 couples who might have had consensual sex in the privacy of hotel rooms that they had paid for. Some of them were married. To each other.

The justification for much of what is being regulated in our public and private lives is this hydra-headed monster called ‘Indian culture’. Ancient Hindu texts are cited when we hang a man, when we tell women what to wear, when we restrict interaction between young people of different sexes, when we bleep out words on television, when we run warnings about drinking and smoking across scenes in films. But most especially, ‘Indian culture’ is paraded, painted in loud, brash and false colours, when we talk about sex and expressions of sexuality. The one ancient text that is never trotted out for examination when ‘Indian culture’ is recreated by those who claim to be its custodians is the Kamasutra. This text does not recommend sequestering women, or controlling their clothes or restricting their access to the arts and other fields of knowledge. It considers men and women equal in matters of pleasure. It spends some of its pages on what you might do in bed, but around that, it teaches you how to be a sophisticated citizen. Apart from knowing how to eat and drink well, one must be versed in the arts, a good conversationalist, have polite and cultivated manners and dress with good taste. Men and women are called upon to treat each other with respect and grace. Creating and sharing pleasure is part of what makes you a good person. Perhaps these are precisely the reasons that the Kamasutra is ignored. It’s a text that allows you to do things that are fun (and shows you how to do them best), rather than one that prohibits you from doing them.

It is these fuller aspects of the Kamasutra, which point to a larger culture, that Doniger highlights in The Mare’s Trap. We are reminded, yet again, of the depth and expanse of her knowledge of Indian texts, her unique ability to see how they connect, her birds-eye view of how a culture constructs itself through ways that speak about itself and others, what it reveals in its anxieties and aspirations, its myths and treatises. Doniger’s strength as a scholar lies in her knowledge and understanding of Hindu texts, and that strength is on glorious display here. In this book, which is essentially a commentary on Vatsyayana’s Kamasutra, Doniger places the text in the company of other systematic discourses, specifically Kautilya’s Arthashastra and Manu’s Dharmashastra, suggesting that these texts were in conversation with each other, that they knew and commented on each other. She argues that the Dharmashastra is the text that spawned the other two, which are in opposition to it and closer in attitude and content to each other, often using the same taxonomies and categories to express their strictures and suggestions.

Composed within a century of each other, together they cast light upon a culture that is simultaneously rigid and hierarchical (Manu), practical in terms of the pursuit and preservation of power (Kautilya) and refreshing in its acknowledgement of pleasures of the body (Vatsyayana). For all the advice these treatises provide and for all the paradigms they create, it is entirely possible that they were idealised—some of the rules that govern caste purity in Manu are as outrageous as some of the sexual positions that Vatsyayana suggests.

Though her arguments in the book place the Kamasutra firmly within the traditions and concerns of classical Hinduism, Doniger also usefully points out that there is much in the text that is universal: feelings, personality types and relationships that we all recognise, whether or not we are Hindu. Having translated the text with Sudhir Kakar in 2002, she now re-reads the Kamasutra for the contemporary person, seeking out what it has to say, for example, to and about women, and about alternative sexualities. While there is only one long passage that refers to same-sex love, there is clearly the acceptance of a ‘third gender’ identity that is taken on mostly by men. Unlike other classical Sanskrit texts, the Kamasutra sees itself as a text that women should know and is astonishingly liberal in how it depicts women and their freedoms—from what should be done for their pleasure in bed to the generous allowances they should receive to run their households. ‘The Kamasutra assumes a kind of sexual freedom for women that would have appalled Manu but simply does not interest Kautilya. Vatsyayana is a strong advocate for women’s sexual pleasure. He tells us that a woman who does not experience the pleasures of love may hate her man and leave him for another… Vatsyayana dismisses with one or two verses the possibility that the purpose of the sexual act is to produce children’ (page101). There are enough incendiary suggestions on this single page to have the book banned. Not Doniger’s book, but the Kamasutra.

It has been just about a year-and-a-half since the brouhaha in this country over Doniger’s last two books. Now, it is a brand new publishing house, Speaking Tiger, which takes a different tiger by the tail and brings us The Mare’s Trap. In February 2014, what was then simply Penguin India voluntarily withdrew and pulped all remaining copies of Doniger’s The Hindus: An Alternative History in response to objections raised by Dinanath Batra’s Shiksha Bachao Andolan. Shortly thereafter, the same offended group turned its sights on Aleph Book Company, which had published Doniger’s On Hinduism. Aleph’s parent company, Rupa, seemed to emerge from the fracas with a little more honour, saying it would have the book of essays vetted by other scholars and ‘experts’ before committing itself to another print run. At the moment, On Hinduism is available again, unchanged, in book stores while The Hindus busts through the charts of online booksellers. Though it appears that Doniger has moved publishing houses for each of these last three books, she has in fact stayed with the same editor, the practically invisible but dauntless Ravi Singh, the angel who does not fear to tread where others do. Singh has remained Doniger’s one-man army in our country’s increasingly timid publishing world, refusing to withdraw support for her work, determined that she should be read widely and well. And lest we believe that Singh has nothing at stake by publishing Doniger now, that the storm around her and rest of us has blown over, let us remember that it has been a mere seven months since Perumal Murugan declared himself dead as a writer, harassed into an extraordinary literary silence by goons from his hometown who find parts of his novel Madhorubagan offensive. In June this year, Joe D’Cruz, another Tamil writer, has been summoned to court for a Sahitya Akademi award-winning book he wrote in 2009, Korkai, because some members of the fisher community that he writes about (and belongs to) believe that he depicts their women as promiscuous.

Threats to free speech and expression almost always hover around matters of sexuality and women. Murugan’s ‘offensive’ book tells the poignant story of a childless couple in which the woman resorts to an old temple festival ritual to conceive for her husband. In D’Cruz’s book, too, it is the women and their behaviour that set the alarm bells jangling. Twenty years ago, MF Husain’s depiction of a bare- breasted Saraswati unleashed the wrath of Hindutva votaries who still won’t acknowledge that their own traditions sanction and validate a host of liberal attitudes towards women and sexual desire. Reading The Mare’s Trap against the backdrop of rising misogyny in India, we are made aware, yet again, of how much we have lost in terms of basic dignities afforded to women in our culture. That alone is reason enough to read this book, lest we be persuaded into a collective amnesia about a time when a woman was free to have sex with her lover in a hotel room and be safe while she did it And that wasn’t only in the 3rd century BCE.

(Arshia Sattar is a critic and translator. She studied with Wendy Doniger at University of Chicago, US)