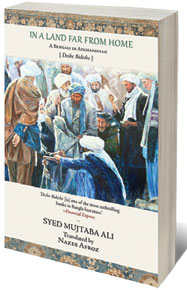 The traveller stands alone in a crowded world. This sense of loneliness is suggested by every great work of travel writing. Graham Greene recorded his homesickness during his Mexican journey in The Lawless Roads, writing ‘I loathed Mexico’; Elizabeth Bishop, in the eponymous poem in Questions of Travel, asks herself, ‘Should we have stayed at home and thought of here?’ The Bengali writer Syed Mujtaba Ali begins his account of travelling to Afghanistan in the 20s with the same concern. Sitting aboard the train from Calcutta to Peshawar, Ali is struck for the first time by what he calls ‘a most cowardly thought’—‘I was alone.’

In Ali’s case, as we find out barely a few pages into In A Land Far From Home: A Bengali In Afghanistan, there were enough reasons to be worried. For one thing, getting to Kabul by road wasn’t easy. Almost one-third of this book is given to the ups and downs of Ali’s journey to the Afghan capital: his extended stay in the ganglands of Peshawar; being driven through the dangerous interiors of the Khyber Pass by a night-blind driver; spending the night at a rest house next to a highway infested by bandits, and so on. Then, towards the book’s end, begins the traveller’s ordeal of surviving in a city riven by total anarchy and civil war, as Kabul was in the late 20s and has been numerous times since.

First published as Deshe Bideshe in Bengali in 1948, In A Land Far From Home is much lighter in tone than the book’s setting and subject matter may suggest. The translator, Nazes Afroz, writes in his introductory piece that the book remains a cult attraction in Bengali literature even today. Ali had that rare ability to blend historical knowledge with humour and human sympathy, making this book not only crucial to our understanding of the region, but also a joyous read. Though he undertook his journey in 1927, this account wasn’t written until almost two decades after that, in this debut masterpiece.

Ali was merely a boy in his twenties when he went to Kabul for a teaching job offered by the then Afghan king Amanullah’s reformist government. This was an interesting phase in Afghan history. Thoroughly enamoured of Western ways, the king had been pushing for secular reforms in Afghan society, with some of his extreme measures to this end soon backfiring. Ali writes about the government edict issued against ‘doing business sitting on the floor’, directing all storekeepers to install tables and chairs on their premises. Also introduced at this time was the ‘dereshi law’, imposing a ban on traditional Afghan garb. Ali writes: ‘Kabul city teemed with men wearing all manner of torn, dirty, oversized and small jackets, trousers, plus-fours and breeches…The Europeans were out to see the fun. I was so ashamed to witness that.’

Quite early on in the narrative, the author is able to notice, and is unsettled by, the king’s attempts to instill a ‘false sense of modernity’ in Afghans. He is also able to foresee disaster. After having spent a few months in Kabul, learnt Farsi and formed a deep bond of friendship with his Afghan servant Abdur Rahman, Ali no more remains an outsider, and as a result, the book becomes something more involved than a travel narrative. The author even goes on to say, ‘I had never considered Afghanistan a foreign country.’

Yet we soon find Ali ‘trapped like a rat in a foreign land’, as the city of Kabul crumbles to pieces: the civil war has begun, the king and his court have fled the country, and tribal bandits have taken the helm. ‘So,’ Ali presciently writes, ‘like the trade cycles of advanced countries, there is a cycle of peace and upheaval in Afghanistan.’

Like a true cosmopolitan, Ali mastered several languages and was widely read in philosophy, religious history and literature. The many literary references here—to, among others, Omar Khayyám, Bertrand Russell, Nietzsche, Chekhov and Tagore (Ali’s mentor and teacher at Shantiniketan)— only add to the richness of this work, placing it squarely in that great tradition of books that are informed by, and in their turn identified as, world literature.

Having finally escaped Kabul, Ali spent the early 30s completing his doctorate in comparative religion in Germany, just as the Nazis were grabbing hold of that country. Another great capital was poised to fall at the hands of bandits, and Ali was there to bear witness. Those who read Bengali can find out what he says on the subject in his 1970 book, Hitler; those of us who can’t, will just have to be content with what is available, even as we hope that new translations of his two dozen books are already in the works. 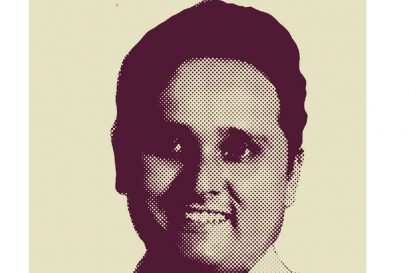