In Search of Lost Times 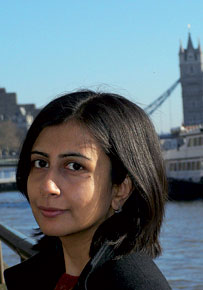 The title of Anjum Hasan’s newest book sets the tone for a novel chock-full of irony. In fact, the first word of the book is also a title and an exercise in irony. ‘Nostalgia was big,’ the book begins. Nostalgia is the art installation that appears in the very first chapter of the book. A living room with a vintage TV playing black-and-white news about death in jungles and government scams, the installation has travelled from Venice to Bangalore. Which is where Qayenaat, the protagonist of this tantalising novel about art and artists, encounters its strange, retro glamour.

The tension between provincials and cosmopolitans is a well-examined theme in Hasan’s work. Her first novel, Lunatic in My Head (2007), was set in Shillong and traced the lives of three characters waiting for their life to begin. Hasan has also published a collection of poems, a second novel, Neti, Neti: Not This, Not This (2009) as well as a collection of short stories, titled Difficult Pleasures (2012), a title that could very well apply to all her writing. In her current novel, the title is like a lightbulb in a living room, invisible in itself, but illuminating everything under it.

What’s in a title? Qayenaat is, after all, a woman who has bought a painting by the mysterious artist called NJ because of its ‘poignant, Shakespearean name’. As for her own name: ‘At twenty she had dropped her last name simply because it was Gupta and there was no way to reconcile the ordinariness of Gupta with the sublimity of Qayenaat. So, braving passport officials and census takers, strangers on trains who insisted she reveal her religion, caste and clan, and boyfriends who wanted to know her second name before they kissed her, she stuck to Qayenaat…’

And thus we have our unusual protagonist. A 53-year-old single woman and a failed artist, prone to wearing ‘corduroys the colour of horse shit and khadi the colour of dishwater’, assertive enough to shake off her surname, but willing to be perplexed about art, about whether galleries matter, about artists and their public responsibilities. But while Qayenaat has been busy preserving the dignity of a genteel, reflective life, ‘Something had been happening since the turn of the century to render everyone well-off except Qayenaat.’

Hassan’s precise, poetic voice soars when she describes the new wealth of Bangalore: ‘It was as if they’d all just been waiting for Pears soap and Italian pasta to hit the shelves before they disowned their alleged poverty, grinning sheepishly as they abandoned the swadeshi delights of their youth—the polka-dotted nylon saris, the low-roofed Fiat cars, the striped yellow packs of glucose biscuits, the synthetic orange juices, the bottles of royal blue Chelpark ink with which one filled fountain pens to write letters to faraway friends and which friends filled their pens with to write back.’

Hasan’s observation of the city is always scrupulous and affectionate, and a joy to read. With detail that is both deft and luxuriant, she describes the busy hunger on the streets of Shivajinagar during the Iftar hour, the women in burkhas and running shoes doing their rounds in Coles Park, how MG Road’s dream of being the modern centre of the city was interrupted by the malls and lifestyle enclaves and bistros of more nouveau riche neighbourhoods. Bangalore and the various ideals of cosmopolitanism it stands for are transmuted into a particularly suitable setting in this book about various species of cosmopolitans.

At first glance, Baban, the jet-setting artist, and Sara, the wealthy art collector, are the cosmopolitans of the novel, with their casual, easy relationship to money and art. Qayenaat, like MG Road, has been out-cosmoplitaned over the years. Then there is her former lover Sathi, a journalist from the boondocks of Uttar Pradesh. Sathi lives by Mahatma Gandhi’s dictum about asking yourself how one’s actions will affect the poorest. This makes him both pragmatic and idealistic. When Sara and Baban are discussing Baban’s newest idea for an installation: a mansion of water, ‘a liquid monument,’ it is Sathi who brings up the pathetic condition of municipal waterworks. Water, like money, is an object of abstraction for Baban and Sara, whereas for Sathi, and Qayenaat, living in Sir MV Nagar, an industrial township beyond the northern edge of the city, water and money are in short supply.

It is refreshing to read a book about a woman who needs money. When we first meet Qayenaat in the gallery, she is there because she is, she realises belatedly, in love with the artist Baban, the old friend who has reinvented himself as a world-famous artist, newly returned to the city of his youth. But before the story can settle into the expected romantic momentum, money or the lack of it becomes a central element in the narrative. Qayenaat needs money, and with Sathi’s help, briefly considers staging an art theft to con the insurance people. After she becomes responsible for the tragic death of a beloved art critic, Qayenaat abandons Bangalore. To do this, she has to raise money and she does so by selling her beloved The Painting of a Sorrow. But where can she go to make amends? The answer is provided by an old cutting from The Illustrated Weekly about a dying dance form, saved amongst her father’s memorabilia. ‘I’ll go into India,’ Qayenaat decides.

However, this external world of art openings and conversations and thought crimes and tragic deaths only exist as a backdrop, however, for Hasan’s meticulous exploration of her character’s inner life. Right from the beginning, the reader is stationed inside Qayenaat’s head. The story alternates between the languid pace of her rambling thoughts and the occasional spurt of action. Even the dance she is passionate about exploring is a means to an end in this philosophical novel; in terms of popular appeal and glamour, this art form created by the rulers of an erstwhile kingdom in central India is at the opposite end of the spectrum from Baban’s Nostalgia. Determined to study the dance, Qayenaat arrives in Simhal, a tiny town in the middle of the country whose tribals are at war with the Indian state—the kind of place that produces the bad news which the TV newscaster in Baban’s living room installation is mouthing.

Legend (or excellent public relations) has it that Orhan Pamuk was inspired to start collecting objects for his Museum of Innocence after meeting a former Ottoman royal who made a living as a ticket collector in an Egyptian palace. Apparently, the Crown Prince even considered taking up a tour guide position at the Ihlamur Palace, in Istanbul where he had grown up. In Simhal, Qayenaat, too, meets a monarch whose vocation has devolved into an all-consuming nostalgia, in a ruined palace whose red paint has faded to the colour of mud, stuffed with ‘racks of mouldy dance costumes and chests of rusty swords’.

The king of this palace dreams of ‘a museum and a library dedicated to the dance; a five-star hotel that could house at least two hundred guests; and, finally, a university to teach performance arts to students from every corner of the world’. But there is already a museum of innocence in Simhal: a dusty, forgotten archive of legless statues, complete with a library where a young woman sits reading in the newspaper about landmines blowing up buses in the countryside near them. Here, Qayenaat makes a friend.

In another ruined building, she falls in love. Watching this, far away from the chaos and discontents of Bangalore, is one of the pleasures of this novel. The hope and lightness of love are weighed, again and again, against the larger world, full of violence and instability; Hasan is especially adept at this eternal conflict. What eventually saves Qayenaat, however, is not love, but friendship. The loyalty of Sathi, the generosity of Sara, the shy sisterhood that springs up between Qayenaat and the young librarian— eventually, it is friendship that saves Qayenaat and redeems her journey when the king betrays her ideals and his tiny sphere of influence turns into a gilded cage.

The Cosmopolitans begins with an art exhibition and ends in an art exhibition. NJ has been killed by those who are offended by the nudity in her paintings, and in honour of her, Baban is curating an exhibition of paintings by Bangalore artists. As the novel ends, Qayenaat walks through the gallery wondering:

‘Do they display resistance, these works that mourn and celebrate NJ, or have they just been produced to be consumed by the always open maw of that monster, the market? She did not know but felt at home as she walked among them. Here again was déjà vu all over again. Art, which was long in contrast to life’s shortness. Art, which she had been a student of all her adult life, burnt down one evening, left Bangalore to get away from, found in another form in Simhal, and then escaped yet again to return to where she’d started. Art, which had killed NJ and was perhaps the only thing that could avenge her death, bring her back to life in some small way.’

A book that began with nostalgia ends with déjà vu. Perhaps this is the difference between the cosmopolitans and the provincials. One is destined to long for the thing that is gone, and the other is sentenced to the banality of repetition. The Cosmopolitans is a lyrical study in how one feeds off of the other.