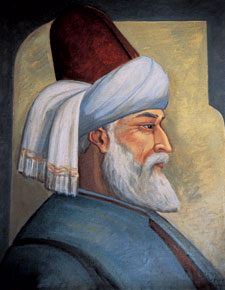 Rabisankar Bal’s Ayna Jiban, translated from the original Bengali by Arunava Sinha as A Mirrored Life, is a captivating novel that celebrates the tradition of the katha, the dastan, the qissa and the kahani, the story that travels across continents, languages and centuries in the saddlebags of merchants and the memoirs of saints. Such a story gains in splendour as it goes, elaborating itself into a labyrinth inexhaustibly stocked with characters, episodes and surprises. This is how, for instance, the Panchatantra has assumed many avatars over time, becoming variously the Dastan Kalilah wa Dimnah, the Anwar-i Suhayli and the Ayar-i Danish, and this is how it entered the cycles of Boccaccio and Chaucer, transiting from Sanskrit through Pahlavi, Arabic and Farsi into Italian and English.

In this spirit, A Mirrored Life unfolds through a cascade of stories told, heard and recorded along the route that the celebrated 14th century Tangerine traveller and ethnographer Ibn Battuta (1304–1369) takes to the East from his home in the Maghrib. In Bal’s fictive account, he stops in Anatolia, where he encounters the calligrapher Yakut al-Mustasimi, who has prepared a secret manuscript about the great mystic Jalaluddin Muhammad Balkhi (1207–1273), known to posterity as Maulana or Mevlevi Rumi.

Born either in Balkh, in what is today Afghanistan, or Vakhsh, in what is today Tajikistan, Rumi eventually settled down in Konya, in what is today Turkey. In the 13th century, all these regions were part of a grand Persianate cultural domain in which the literary arts, spiritual quest, scientific enterprise and religious thought prospered equally and were widely respected.

This capacious, liberal culture of exploration and experiment has today been eclipsed by the rise of puritanical, intolerant and hyper-violent forms of religious expression in the Islamic world. Its richness informs the flow of A Mirrored Life, as Ibn Battuta becomes al-Mustasimi’s guest and the recipient of his stories, evening after evening. The calligrapher acts as a sort of male Scheherazade, although with the difference that he is in no imminent danger of being beheaded. This storyteller invites us to savour the pause that precedes illumination, rather than to suffer the suspense that guarantees a further installment of the narrative, another reprieve in the survival game.

The 1962-born Rabisankar Bal is a writer of substantial achievement, having published 15 novels and five volumes of short stories, and a collection each of poetry and literary essays. In Arunava Sinha, he is blessed to have one of the most gifted, sensitive and elegant translators of our times. Bal’s novel successfully blends history, rumour, fable and the parables of the wisdom tradition misleadingly described by the generic term, ‘Sufism’, into a sophisticated ensemble. At its heart is the ecstatic and well-documented relationship between Rumi and the older itinerant ascetic and dervish, Shams of Tabriz (1185–1248). Rumi had received intimations that he would someday find the ‘Friend’ without whom he and his quest were incomplete; Shams, too, had been guided to his encounter with the younger man. Their first meeting is said to have culminated in a 40-day period of seclusion when they sealed themselves away from the world, in the intimacy of sohbet or spiritual companionship.

For Rumi, the results were explosive. He was transformed from a teacher into a mystic. He came, eventually, to identify completely with Shams, while his wife, sons and disciples receded in importance. After Shams disappeared mysteriously (some say he was murdered by Rumi’s disaffected son, Alauddin), Rumi searched for him everywhere but later told his circle that he had achieved fana with the Friend, the dissolution of the individual ego and complete union with the Other. He said he was, in fact, Shams, and ascribed his corpus of poetry to the vanished man.

The relationship between Rumi and Shams evokes a gamut of responses ranging from wonderment and envy to resentment and anger among the individuals surrounding the master of Konya. Bal expertly weaves these emotional textures together as he shifts the emphasis from the two key protagonists to Rumi’s wife Kira, his devoted son Sultan Walad, his rebellious son Alauddin, and his disciple Hussam.

The novel develops like a circling dance around the eternal themes of friendship and surrender that characterise a particular current within the Sufi tradition. Who is the Friend, whose presence might demand such extreme attention that the normal ties of family and society break down? How might frenzy displace prudence as the axis of a meaningfully led life? What transports of ecstasy might release a seeker from the discipline of organised religion and offer him the delinquency of enlightenment?

Of course, we must not romanticise Sufis as other-worldly dreamers and votaries of peace and harmony, or anachron- istically present them as standard bearers for inter-religious understanding. Some Sufis conspired adroitly at the Mughal courts in Agra and Delhi; some counselled kings in the arts of ruthless statecraft in Kashmir; and some lent a militant edge to the religiosity of the Adil Shahi court at Bijapur. The Sufi silsila may be an assembly of seekers, but it is no less prone to the usual failings of flesh and bone than any other conclave of human beings. A Mirrored Life dwells on the familiar passions and possibilities of transcendence, as Rumi’s circle struggles to understand the nature of his experience with the Friend and to keep up with his changing interpretation of his life and priorities.

As readers, we too grapple with the mystery of Rumi’s love for Shams, accepting both its glorious cancellation of their individual selves at a sacred level and the suggestion that theirs was a homoerotic relationship at a more worldly level. Paradoxically, Rumi, the figure at the centre of this novel, is vitally present yet seems to recede into the tissues of multiple versions as we read on. Perhaps the explanation is best left to one of the characters in the narrative, who reports the difficulties that a painter had while working on a portrait of Rumi. At every sitting, the model appeared to be a different person; finally, the Maulana said to the exasperated portraitist, “I have no appearance, no colour. When I cannot see myself, how can you expect to see me? I am nothing but a solitary mirror.”

At the heart of A Mirrored Life, also, is the phenomenon of confluence, which brings diverse cultural impulses together in unexpected encounters, generating new forms of being, thinking and expression. In the pages of this novel, as indeed in the world of the 13th and 14th centuries, Turks, Greeks and Arabs could be united by their common use of Persian. Mystics, merchants, artisans and soldiers would converse in the marketplace and the caravanserai, crisscrossing the trade routes of an ecumene that stretched from al-Andalus in the far west, today’s Spain, across the Maghrib to Anatolia and the Levant, and further to Baghdad, Iran and India in the East. This is a legacy of dialogue, collaboration, mutual curiosity and shared learning that is worth retrieving as an antidote to a modernity that has condemned us to the constraints of national or communal identity, the instrumentality of militarisation and the logic of mutual annihilation.

A Mirrored Life also invokes another kind of confluence, as it cites other novels through subtle and understated gestures of intertextuality, which its narrator makes as he shuttles deliberately between the stances of confident authority and self-conscious unreliability. Al-Mustasimi’s adabistan or calligraphy workshop and library brings back to mind the scriptorium of Umberto Eco’s The Name of the Rose, with its monks preparing or reading illuminated vellum manuscripts. The interplay between the contents recorded or pictured in a text and the events precipitated in the world bears an affinity to the complex balance between the painted surface and the realm of motive, aspiration and vulnerability in Orhan Pamuk’s My Name is Red. Improvisation quickens the bloodstream of the story, stages a dance in the archive. “Our search makes us live and die in so many stories,” says Bal’s Ibn Battuta. “New scenes are born all the time.”

(Ranjit Hoskote is a poet, cultural theorist and curator, and the author of several volumes of poetry and criticism)