‘I Owe No Apology to Anyone’

Author Yarlagadda Lakshmi Prasad takes on allegations of perversion in depicting Draupadi, and also reveals that his new work will revolve around Krishna’s wife, Satyabhama. 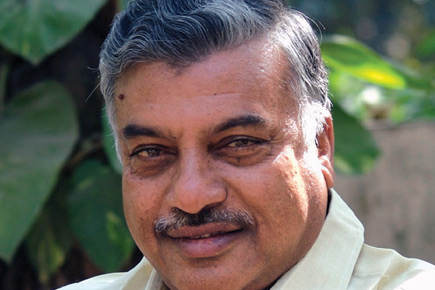 The novel was serialised four years ago, and nobody protested then. It was translated into Russian and two years ago, into Hindi too. Then, too, no one protested. It’s only now, after it has been selected for the award, that there are protests in some quarters.

Were you expecting the award?

No, I have not written to get an award.

What do have to say about allegations of perversion while describing Draupadi in your book?

I have said in the author’s note that I have only sought to elevate the character of Draupadi, who is like a mother. There was no mischievous intent. Also, the foreword to the book has been written by S Jaipal Reddy, long-standing parliamentarian and Union minister.

Would you like to counter the allegations being made by the Hindu rightwing?

The main opposition is from the RSS and Bajrang Dal, who allege that I have hurt Hindu sentiments. They are raking up a totally unnecessary issue. The decision to award me has also divided the Telugu literary community. There was no motive to belittle the mythological character, or religious sentiments of any community, or womanhood itself. Those protesting should take the book in their stride as they do in cases of aberrations of epics in movies. I owe no apology to anyone.

There is also an allegation that one of the members of the panel that decided to award you was earlier given an award by an organisation you headed. And he was just returning the favour.

It is a malicious allegation. Panel member and esteemed writer Kalipatnam Rama Rao was awarded by the Lok Nayak Foundation two years ago. He is an honest and upright writer who will not be swayed by such things. In any case, when the award you are referring to was presented to him, I had no idea that he would be on the panel advising the central Sahitya Akademi. I had no such foresight and there is no point in linking both the awards.

In fact, this is not my first Sahitya Akademi award. I was also awarded for translating Tamas, Bhishma Sahni’s Hindi novel, into Telugu way back in 1992.

Besides, I have authored 45 books so far in both Telugu and Hindi. I was given the National Integration to Literature Award in 2003 for building a bridge between Hindi and Telugu. I was also a member of the Rajya Sabha over 1996-2002. Now, I have given up politics and have returned to teaching Hindi at Andhra University in Visakhapatnam. I also head the Hindi Prachar Sabha in AP.

You seem to court controversy. In fact, in the midst of the present row over your portrayal of Draupadi, you have announced another work with Satyabhama, Krishna’s wife, as the central character.

Yes, this book will also be serialised in a Telugu weekly. It is based on the scintillatingly beautiful and supremely arrogant wife of Sri Krishna, Satyabhama. Like Draupadi, readers will see a new Satyabhama. There is nothing controversial here. She is intensely in love with Krishna and it is this possessiveness that was wrongly termed jealousy.