There is no doubt about Aatish Taseer’s skills as a writer, but there’s a limit to how much one can read about his troubled relationship with his father 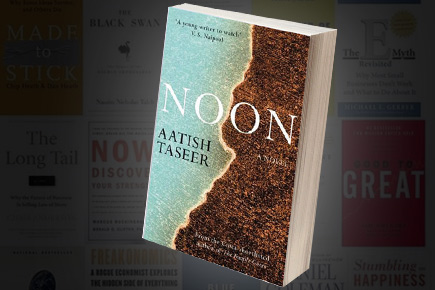 There is no doubt about Aatish Taseer’s skills as a writer, but there’s a limit to how much one can read about his troubled relationship with his father


It is not rare for a writer to live out his life in his writing over and over again, perhaps selecting a different perspective, a different form each time. The skill lies in ensuring the reader cares, and the substance lies in whether a life is rich enough in events or observation to sustain such a pursuit.

On the evidence of his three books, Aatish Taseer’s skill as a writer is not in doubt. But perhaps the problem is with the substance of his life and what he has made of it in his fiction and non-fiction. It is difficult for me as a reader to escape knowing that he is the son of journalist Tavleen Singh and of Salman Taseer, who has varyingly attained secular martyrdom or religious infamy, depending on who you ask in Pakistan.

This substance of his life underlies this book as much as it does his earlier books. It is what, for me, makes this book less than the sum of its parts, however skillfully crafted each part may be. The book is a set of four episodes in the life of Rehan Tabassum. The first two deal with Rehan’s life as a child living with his mother in Delhi, after they have been abandoned in London by his father Sahil. They eventually find refuge with the fabulously wealthy Ajit Sethia, his stepfather.

Unfortunately, the parallels between this story and what I already know of Aatish’s life from his book of non-fiction, Stranger to History: A Son’s Journey through Islamic Lands, imposes a reading where the autonomy of fiction is destroyed. Far too often, I am in the position of a voyeur seeking glimpses of names I may know of—the Scindia family, for instance, when I read about the royalty that in turn humiliates and is humiliated by Sethia.

The third section of the book is where Aatish’s skills as a writer are most evident. A robbery takes place in a Delhi farmhouse where his mother now lives courtesy his stepfather, a step up from the Golf Link barsati mother and son once inhabited. His mother is away and it is left to him to deal with the complex interaction between the servants and the police that takes place with his complicity.

‘A protective screen of encoded privilege—not simply money, but as aspects of privilege, English, Western dress, values and manners: the things that put me above caste in India—made injustice, and especially cruelty, of the most casual variety, appear always as the work of others. It was, and by extension, its taint, something that just went on in society, but for which its educated classes bore no responsibility. And with this sphere of deep remove in place, and the question of agency diverted, one could almost be allowed to feel that there was no cost to living around this daily violence.’

‘But there was one thing, one poison, in some ways the supreme evil, that was able to seep past these protections, setting slowly to its work of corroding the moral interior. Complicity. Complicity with its supporting cast of shallowness, indifference, apathy and inaction, was, in a sense, the most untraceable of the great evils.’

Rehan/Aatish escapes this complicity, retreating to another land, but a year later, he returns to the land across the border to seek his father. He has met him before but now he does not approach him directly, but through his half-brother, his father’s eldest son, who is himself at odds with the overpowering persona of Sahil Tabassum. Unfortunately, burdened again by a knowledge I cannot escape, I find it impossible to separate Sahil from Salman Taseer. It is this knowledge that lends a repetitiveness to the writing, and there is a limit to how often I can read about Taseer and the troubled relationship or lack thereof with Aatish. While these are certainly not the only themes that run through the book, they intrude conspicuously enough to mar the strengths of the book.

In this land of his father, his knowledge of the relationship between servants and masters is at least as acute as it is in the land he had retreated from. But in this feudal world, other forces are at play, and, perhaps far too crudely, the old relationships begin to come undone through the agency of a man who wears the mark of prayer at the mosque on his forehead.

This, in some measure, is one answer to the question that ends the book: ‘But the violence, does anyone know where it has come from?’ It lies in the peculiar circumstances that shaped Rehan’s fatherland, but there is reason to believe, the book suggests, that there may be another reason, one more fundamental, and it invokes the complicity that is common to both the lands that are part of his inheritance.