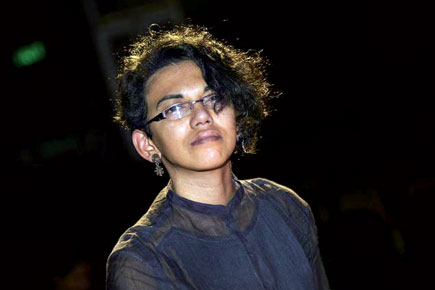 The Mahabharata is a tale told several times and its variety does not go stale. That’s because the sentiments, dilemmas and choices of protagonists find perpetual echoes, even though contexts may have changed. A retelling often finds a different angle, looks for a new nuance. A perennial favourite has been takes on why incidents were unfair towards a specific character. Though explored repeatedly, Karna fits that kind of bill. Angles through prisms of female protagonists aren’t rare either. Karthika Nair tells us the core (there is much more to the Mahabharata than the Kuru- Pandava war) story through the eyes of Satyavati, Amba/ Shikhandi, Drupada’s wife, Gandhari, Krishna, Uttara and Kunti. (Since everyone else has been given a name, it was possible to give Drupada’s wife a name too. Indeed, her name is not known, but she is sometimes addressed as Prishata. Obviously, Nair wants to stress the point that Drupada’s wife remained nameless and viewless.) But that subaltern and pro- women rendering brings in several other unusual points of view too—of Padavit, Shunaka, Poorna, Sauvali, Hidimbi, Dusshala, Mohini, Vrishali and Bhanumati. You might not recognise all of these names because some are fictitious.

Padavit is a foot-soldier. Shunaka is ‘an independent-minded canine’ (Marilyn Hacker’s quote in the blurb incorrectly refers to Shunaka as a wolf). Poorna is a female servant who took Ambika’s place, slept with Veda Vyasa and had Vidura as a son. Similarly, Sauvali is the female servant who slept with Dhritarashtra and had Yuyutsu as a son. Hidimbi is Hidimba’s sister, Bheema’s wife and Ghatotkacha’s mother. Dusshala is the Kaurava sister, married to Jayadratha. Mohini is Krishna’s female form, married to Aravan/Iravan (this story doesn’t occur in every version of the Mahabharata). Vrishali is Karna’s wife. Bhanumati is Duryodhana’s wife. This brings one to the title of the book, Until the Lions. A quote from Chinua Achebe’s essay explains this. ‘There is that great proverb—that until the lions have their own historians, the history of the hunt will always glorify the hunter… But it is something we have to do, so that the story of the hunt will also reflect the agony, the travail—the bravery, even, of the lions.’ If one sticks to the core story of the Mahabharata, what happened at the end? Large numbers fought on either side. Brave warriors were slain. The Pandavas may have been victorious, but kings, kingdoms and armies were wiped out. There was suffering and pain. A bit of this comes out in the Mahabharata too— in the lamentations of Duryodhana’s wife, or in Gandhari’s curse of Krishna. Had Karthika Nair written this story about the futility of war in prose, that itself would have been something, given the unusual assemblage of characters. But she does this in poetry, experimenting with different kinds of verse and metrical prose. Here is a sample, Amba’s words:

“For it is time. But it was always time. It’s time,
I’d bayed at gods, at monarchs, time and time again,
through the months, the years I prowled this planet–her plains,
her jungles, her unmanned peaks–crossing every clime,
drought and squall and viler seasons: the burning rime
they call disgrace, unconcern–fall of lasting pain;
bayed first for a word: your pledge, remorse–true or feigned,
a salve; for a scourge on your name, your breath, your crest, slimed,
gangrened with senseless, heartless right. It is time, then,
time for gods and demons to concede one last boon:
time to reclaim your end, and time that I may rend
thus unloved, unending instant–into brave men
unscathed by oaths, nights steeped in desire, maids immune
to disrepute: the lives, lifetimes we lost unspent.”

It is fabulous and that’s the reason this book can’t be reviewed properly. You need to read it. I preferred some of the verse forms over others, but that’s neither here nor there. For instance, I liked the verse proper rather than metered prose and wasn’t quite fascinated by the shaped stanzas (they seemed artificial, few though there were). You need to be deeply immersed in the Mahabharata and be conversant with several details to write a book like this. Thus a word of caution. To properly appreciate this book, the reader also needs to be more than reasonably familiar with characters and events. (There is a list of dramatis personae that helps, but only up to a point.) The Mahabharata is in verse and it is fitting that there should be this kind of retelling. The volume begins and ends with the Kurukshetra War—with that subaltern twist throughout. But at the end, I wished there had been much more. It requires a rare kind of talent to be able to do this, and why should it be straitjacketed by that narrow motive alone?

{Bibek Debroy is an economist and member of the NITI Aayog. He is the author of Mahabharata (Penguin Books India) in 10 volumes}