Granted, it was inequality that set the world economy up for a crash. But how exactly? This is still open to debate 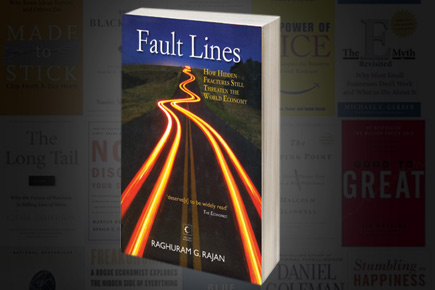 Granted, it was inequality that set the world economy up for a crash. But how exactly? This is still open to debate


One must never ignore anyone who zigs while everyone else zags. Either he’ll soon need your help, or you, his. In the case of Raghuram Rajan, rest assured, you need his. Back in 2003, as world opinion swung right, with everyone and his uncle betting body and soul on the Free Market, he was waxing sceptical in Saving Capitalism From Capitalists, a book I upheld for its ‘agnostic realism’ in a review I wrote for BT. Now, in Fault Lines, as opinion swings left in the aftermath of the Great Recession, the Chicago professor is cheering loudly for free enterprise. This book comes after a seven-year feast of stuff to chew on, and Rajan packs in enough analysis of the underlying causes of the recent crisis—of which he’d warned in 2005—to last a seven-year famine.

Rajan blames none. Instead, he takes a big picture look of the global economy and traces the crisis to schisms caused by private incentives trying to rub along with political objectives. Easy home loans for the poor in America, he says, began as a political response to social inequality before they got bundled together, remixed, re-risk-graded and re-traded in an orgy of speculative finance. ‘Easy credit is a costly way to redistribute [wealth],’ says Rajan, brushing aside what to my mind was clearly a good idea in a flawed market: the Rawlsian chutzpah of having such borrowers enveiled en masse to shield individuals from bad credit ratings and high interest rates.

Anyhow, Rajan has a bigger point to make. If State policy set the ‘subprime’ stage, another US policy rocked it apart—its central bank’s monetary policy. Here, his analysis sparkles. In 2001, the Fed had to slash its lending rate drastically to stimulate a hard-hit US economy. This ought to have been reversed by early 2002, but a strange fear in Washington DC—‘joblessness’, as he puts it; t’was a time recruitment posters made news—kept policy paralysed for a year or more extra. Supercheap funds at the disposal of banks meant a boost for subprime lending, a push to entice the reluctant with teaser rates, a resultant boom in house prices, and an incentive for investors to take riskier bets. With little money to make off regular low-rate loans, investors went roaring down the relatively high-rate subprime way, buying bundle upon bundle of loans supposedly sorted for safety in all cases except a catastrophic collective default (from which they’d been assured of a State rescue anyway). More investor funds meant more subprime loans, and on and on it went, until the Fed started upping its lending rate… and catastrophe struck.

Some of Wall Street’s slickest names failed to pay their creditors back, and they hadn’t even been tricked by teasers. Tricked by foreigners, though, they may well have been. After all, America could keep funds so cheap for so long only because of all those dollars shovelled back by China and other surplus states that were busy buying greenbacks in their local markets to boost their own exports (yet another gaping schism). But ultimately, whether it’s the Market or State in action, the entire episode exposes a flaw that cannot escape attention for much longer: that interest rates are arbitrary as hell. Risk distinctions, as it turns out, are guided more by artifice than logic. In a crunch or crisis, who gets cash at what rate depends on what model of perfection is held aloft by bankers for candidates to mould themselves by—and be graded. Yes, inequality is the big issue. Resolving it, however, may be more complex than it appears. And for all you know, we might all need help.