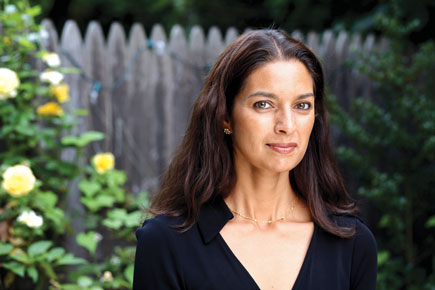 How many authors can declare that their fifth book is their debut? Jhumpa Lahiri succeeds in that audacious attempt as In Other Words has been written entirely in Italian and then translated by Ann Goldstein (translator of the likes of Elena Ferrante and Primo Levi) into English. The resolve of a Pulitzer winner to spurn the language that she knows best, a language over which her mastery is undisputed, is not only commendable but also mind-boggling. Writing is after all a form of lapidary; it is picking the appropriate word from a dictionary of infinite words, and chiselling it to best express thoughts. Why would an author abandon that which she knows best? The decision to learn a new language, to read and write entirely in that for years is impossibly hard, and sadistic too. Why embark upon it?

In this non-fiction account, Lahiri provides the answers to these questions and much more. While she might have been feted for her command over English, it is also the language that didn’t allow her to be happy with herself. ‘English denotes a heavy, burdensome aspect of my past. I’m tired of it,’ she writes. With Italian, a language that has nothing to do with her life, she finds a new address.

In Other Words embodies Lahiri’s signature themes— belonging and exile. A preoccupation with ‘otherness’ pervades her fiction and non-fiction. English for Lahiri becomes the ultimate sign of the other. ‘It has represented a culture that had to be mastered, interpreted. I was afraid that it meant a break between me and my parents.’ It is the language that sets her apart from them, it gives her an edge over her family, but also exposes their vulnerabilities to her.

After a while, this lament of not belonging becomes a tad tedious. The repetition of displacement makes a genuine hurt seem like a curdled angst. It is also so nineties. The truth of this generation and this time is that we are all mongrels living in various elsewheres. The idea of home is ambiguous at best and constantly in flux. Her inability to identify with either English or Bengali, her assertions, ‘I am exiled even from the definition of exile’ and ‘I am suspended rather than rooted’, just seem all too familiar and much too repetitive.

Italian is a way out from the binaries of English and Bengali. It allows her to be free. It is a language she first encounters as a college student in 1994 on a trip to Florence with her sister. Even back then, on a student budget, she chooses to buy a pocket dictionary over a guidebook; decoding a city by its words rather than its landmarks. Over the coming years she visits Italy as an author and attends literary festivals. All the time the grip of Italian strengthens. By 2009, a Venetian woman becomes her private teacher. Her trips to Brooklyn for her classes become not only an escape but ‘a shelter from which a new reality springs forth’.

Her forays into the new language start with a clandestine Italian diary. ‘I’m aware of a state of deprivation. And yet, at the same time, I feel free, light. I rediscover the reason that I write, the joy as well as the need,’ Lahiri explains. She writes—like all authors—in order to feel ‘present on this earth’.

Even while Lahiri’s act is a brave, brave one, the question remains; will/should a reader gauge her differently? Do we make allowance for the fact that she is writing in a language that has been learned, which is neither inherited nor organic to her? As readers do we simply marvel at the effort or do we examine the book as we would any book, an entity that demands our time and attention? For example, if Michael Phelps decided one day to abandon swimming for basketball, would his coach and supporters treat him with kid gloves? Would they simply congratulate him for this courageous change of course, or would they treat him as an equal? And wouldn’t they moan his departure from the pool?

My issue with In Other Words is that it is asks to be treated differently. The title itself establishes a degree of remove and distance. ‘Consider me a tyro first, and an author second,’ it seems to urge.

But why should readers have patience for the fledgling? From Jhumpa Lahiri, English language readers expect the grand sweep of The Lowland and the minutiae of emotions of Interpreter of Maladies. These are burdensome expectations on any author, and it is understandable that Lahiri wants none of it. But as readers our hopes have already been set high. As an English reader I feel short-changed by a chapter like ‘The Exchange,’ which might be sweet and sound, but lacks in flair. Lahiri was an authorial voice one looked up to, which seems less mighty now.

Once Michael Phelps has dribbled across the court, attempted his slam dunk and misfired, one wants to quietly tell him: ‘This has been a dignified even remarkable effort, but please return to the swimming pool.’ That is where your home is.