Dan Brown’s book is like the rapids one experiences during a rafting expedition. But his fans will feel at home. 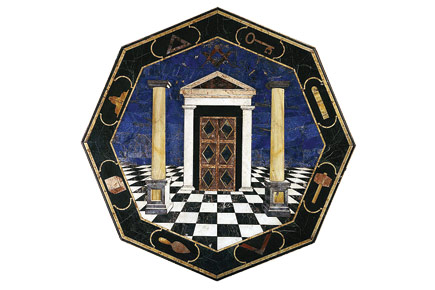 Dan Brown’s new book feels like negotiating the rapids in a rafting expedition, but his fans will feel at home.


Dan Brown is a man possessed by puzzles and secret codes. His fourth novel, The Da Vinci Code, whipped up a storm by selling 80 million copies all over the world. After about six years, Brown’s latest book, The Lost Symbol, has hit the market to a frenzied reception.

This book is a follow-up to The Da Vinci Code and, like the latter, delves into a similar realm of hidden meanings. This time, though, the action happens in the US, where Brown is based, and not in foreign places that have earlier figured in Brown’s other works.

Brown’s hero, Robert Langdon, is a 46-year-old Harvard symbologist who discovers that the evening lecture he has been invited to deliver in Washington’s Capitol Building is a hoax. There is no speech.

Langdon decides to check with his mentor, Peter Solmon, on whose supposed invitation he has arrived to deliver the lecture. But there are further surprises. Langdon realises that the phone number from which Solmon’s assistant had called to invite him doesn’t actually belong to the assistant, a man who had identified himself as Anthony. The man who now replies on the number tells Langdon, ‘Your window of opportunity is very small if you want to save Peter Solmon’s soul.’ Langdon realises that his friend and benefactor has been kidnapped. Before he can think of what to do, a severed wrist is discovered in the building. On its fingertips, Langdon spots tattoos which he recognises as ‘one of the ancient world’s most coveted and secretive icons’. The mysterious character has set this all up for Langdon, and ultimately this will lead Langdon to a legendary Masonic treasure.

Reading The Lost Symbol feels like negotiating rapids during a rafting expedition. But to Dan Brown fans, it will feel like home. In an interview to Parade Magazine, Brown acknowledges this fact himself. “I’m back in the same world of symbols, secret societies, art, and history,” he says. The hype around Brown’s new novel is such that The New York Times couldn’t resist the idea of breaking an embargo on publishing a review of the book before the publication date. The book is also set to be turned into a movie, thanks to the fact that the 2006 movie based on The Da Vinci Code earned $758 million worldwide.

So, enjoy this journey as you traverse superstring theory and depictions of occult ceremonies and rabbi sages. Brown puts it like this: ‘The farther you go into science, the mushier the ground gets.’