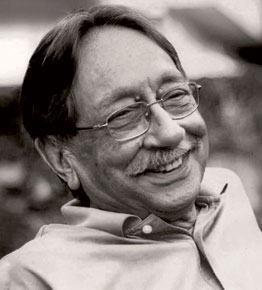 One warms to a man of high position who readily acknowledges his benefactor. AS Dulat, former head of the Research and Analysis Wing (RAW), describes early in his book how Shyamal Datta, the self-effacing Intelligence Bureau director who became governor of Nagaland, introduced him to former National Security Advisor Brajesh Mishra and ensured he got the job. Not only that, he reminds readers of the debt whenever Datta’s name crops up. So much so that one wonders why the man to whom the author pays glowing tribute backed out of an Indo-Pakistani track II diplomacy team dubbed ‘The League of Extraordinary Gentlemen’.

It’s a pity the favourable impression created by Dulat’s graciousness is marred to some extent by a slangy American style that hardly befits a senior official writing about matters of national survival. If ‘guy’, ‘gang’ and ‘dig’ represent the contribution of his journalist collaborator, Aditya Sinha, the author would have been well advised to go it alone in more sedate prose. The book’s other flaw is a tendency to be repetitive.

Otherwise, this account of Dulat’s role in the Jammu & Kashmir imbroglio during, before and after Atal Bihari Vajpayee’s prime ministership reads like a gripping thriller. Clearly, Dulat knows the terrain—geographical, emotional and political—like the back of his hand. Over the years, he has also developed relations of intimacy with all the major players, especially with those who have reservations about the state’s place in the Indian Union. His simple logic is that nothing can be achieved without talking. The more hostile the subject, the more necessary it is to win him over through a continuing and sympathetic exchange of views. He calls it ‘selling peace through a sustained dialogue’ and presents it as a more effective alternative to the Pakistani ISI’s policy of intimidation and murder.

That patient process has resulted in some sharp insights into the Kashmiri psyche. Dulat mentions avarice: ‘Money in Kashmir goes back a long, long way.’ He discusses ingrained duplicity; saying different things to different people and many things at the same time. An old Kashmiri woman casts her vote and still demands azaadi. He doesn’t appear to disagree with Sheikh Abdullah’s assessment of local Congress politicians as “gandi naali ke keere… cockroaches from the gutter”. He might even agree with the view of Farooq Abdullah—the only Kashmiri leader the Pakistanis dared not approach—as a “fetir”, a lovable fool.

It is all presented with understanding and affection. Farooq, in particular, is his hero, the one man New Delhi should have trusted and empowered. Now, it is Omar. Dulat sees him, Mirwaiz Umar Farooq, Mehbooba Mufti and Sajjad Lone as future saviours. Only policemen and politicians can save Kashmir. ‘If you leave it to bureaucrats,’ he warns, ‘nothing will ever happen.’ Neither Kashmiris nor democrats will relish his undoubtedly true statement that the IB is ‘the key to the central government’s hold on Kashmir’.

Underlying his detailed account of moves and counter- moves and dramatic cloak-and-dagger operations involving romantic rebels who resemble Che Guevara, Nelson Mandela and James Dean is the undying conviction that only politicians with flair and imagination can work out a solution. Vajpayee and Farooq could have done so with Pervez Musharraf: ‘No other Pakistani has been as reasonable on Kashmir as Musharraf was.’ He laments that Manmohan Singh squandered Vajpayee’s legacy. Musharraf is supposed to have sent a message to Dr Singh in early 2000 saying that the two of them—a Pakistani Sikh and an Indian Muslim—could solve the madness of the confrontation once and for all. The author regrets that in the 10 years he was prime minister, Dr Singh did not once visit the place of his birth.

The complaint doesn’t demonstrate much sensitivity about Dr Singh’s own feelings and memories, which is surprising in a man who can get into the skin of young Kashmiri goondas who kidnap innocent visitors, hijack aircraft, hold people to ransom and shoot and stab at will. A prime ministerial visit would certainly have made headlines. But would it have achieved more? The response to the Sharm el-Sheikh initiative (2009’s infamous Pakistan peace talks in Egypt) when Dr Singh was at the height of his popularity, having just won a second term for the UPA, warned that passions run high in India too. The book ends with posing four what- if possibilities and the strong belief that Narendra Modi ‘is in a position to do what neither Vajpayee nor Manmohan Singh could do, because he can’t blame anyone.’

That sounds fine, but what exactly should—or can—he do? More bus rides and cricket matches, more track II diplomacy and iftaar jollification may not solve either the constitutional problem or the terrorist challenge. Dulat is clearly very taken with Musharraf’s four-point formula, for free movement across the Line-of-Control; self-government meaning autonomy but not independence; demilitarisation; and a mechanism for joint management. One can hear the saffron lobby shrilly complaining that the first and third clauses will flood Kashmir with Islamists, if not jihadists. Given the steady erosion of the substance of Article 370 (granting special autonomous status to J&K), self- government short of autonomy may demand constitutional changes that the NDA Government is in no position to push through. As for joint management, one thinks of India’s 1946-47 interim government when everything Nehru proposed Liaquat Ali Khan opposed. The Muslim League probably said the same thing in reverse.

Lack of trust isn’t the only obstacle. Nor is the Hindu- Muslim divide that no one ever mentions and Dulat ignores altogether. The solid roadblock of Article 370 can’t be wished away, however much the BJP might wish to do so. Dulat says Kashmiris are haunted by the fear ‘which they never talk about’ of demographic change ‘to reduce Muslims to a minority in their own homeland’. Social scientists may see dilution of Kashmir’s ethnic identity as essential for integration with the rest of the country. But this will not be possible so long as Article 370 remains.

Behind this special clause is the stark fact that, whether we like it or not, J&K didn’t become just another Indian state like Karnataka or Odisha when its Sadr-i-Riyasat and prime minister were replaced by a governor and chief minister. It is far more like the old protected kingdom of Sikkim which had entrusted only defence, communications and foreign policy to India; these are the only three subjects in respect of which Maharaja Hari Singh acceded to India. Sheikh Abdullah’s political support for accession underlined the limited nature of the legitimate connection. The tragedy of his arrest and prolonged incarceration (which Dulat blames for the ‘mainstreaming of separatism’) followed, generating a trail of bitterness, only because he suspected New Delhi of trying to go beyond its mandate to encroach on the state’s residual rights.

This is not to bestow one iota of credibility on the pretensions Pakistan has tried to substantiate through subversion, sabotage, diplomatic bullying and by inciting communal violence. Dulat says repeatedly that Pakistan has lost all influence and credence in Kashmir and that no Kashmiri will have anything to do with the ISI. This comforting assertion would sound more convincing if made openly by leaders of Kashmiri public opinion. It can also be argued that the conditions for the promised reference to the Kashmiri people will remain unfulfilled so long as a chunk of territory is occupied by Pakistan which has with illegal generosity transferred another sliver to China. The murderous conduct of some Kashmiri militants may also appear to argue powerfully against making any concessions. But this has as little bearing on the heart of the matter as the Centre’s use of patronage and pressure tactics and its policy of extensive bribery and betrayal.

The truth is that despite Syama Prasad Mookerjee’s brave defiance of the law, which is echoed in the robust rhetoric of today’s politicians, including Modi, New Delhi’s juridical rights in Jammu & Kashmir do not go beyond the three subjects that Hari Singh conceded. Of course, possession is nine-tenths of the law. Of course, it is politically inconvenient to admit any legal restraints on possession. But the excitement of catching and converting robbers doesn’t alter the Centre’s limited constitutional role. Dulat, the man of action, may miss some of the wood for the trees, but he is entirely right in indicating there can be no solution until Kashmiris themselves have been won over.