Given a subject and treatment that showed so much personal sensitivity and demonstrated such good cinematic skills till the halfway mark, this transition to melodrama is both sudden and unfathomable 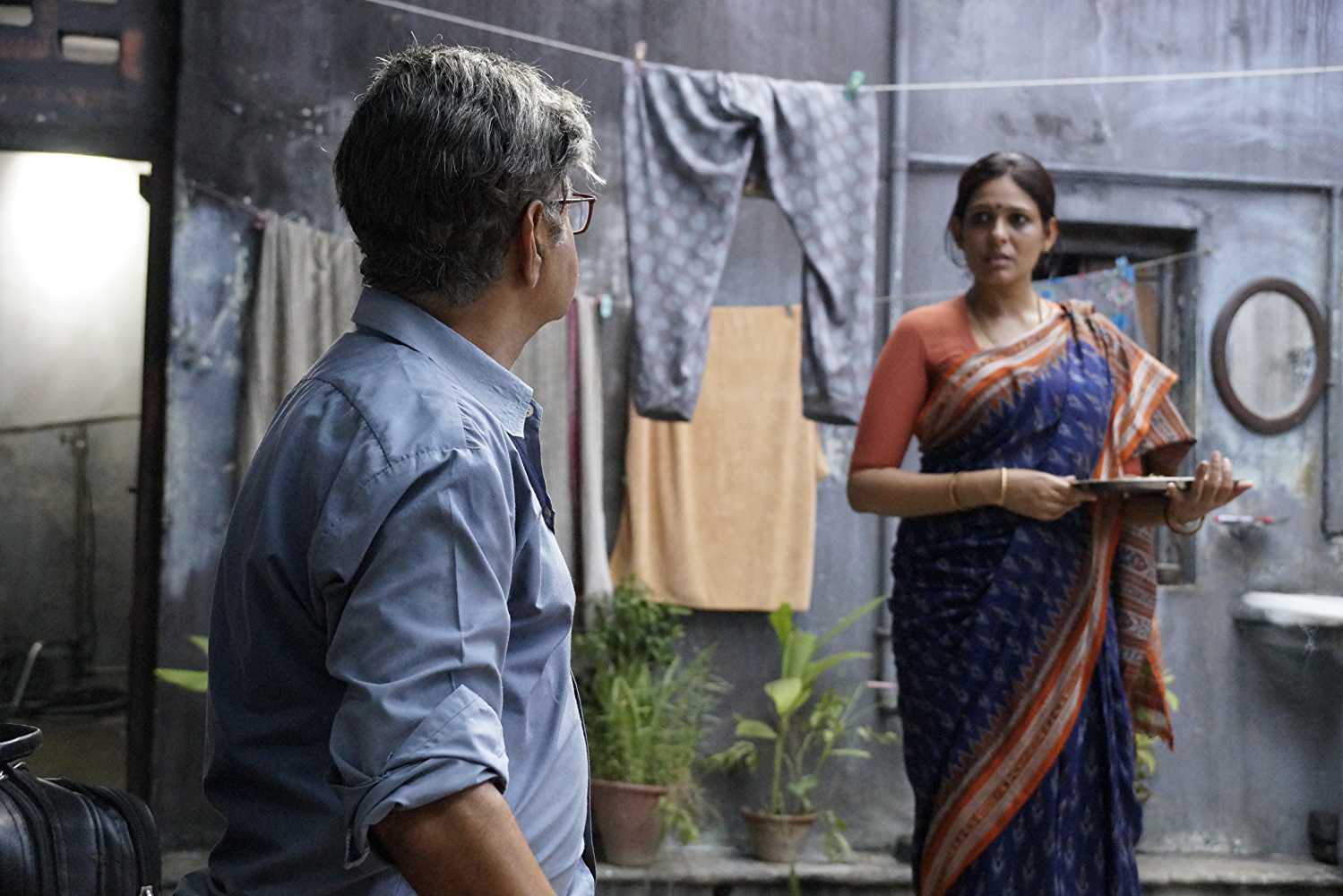 This movie gets most things right till the interval. The Batras are a married couple in Varanasi who, outwardly, appear to be compatible, in a conventional and middle class way. She is a homemaker and he works in a Post Office. He is an irascible kind of person, but she is level headed, and applies balm to the occasional abrasions to his self esteem. There appears to be a single, but nagging, point of friction between them. This is his simmering resentment towards her family, for just being better off financially than himself, and for rubbing the difference in every time he meets them.

The most expressive and moving sequence in the film is when Yashwant Batra (Sanjay Mishra), cajoled by his wife Kiran (Ekavali Khanna), attends a party at his in-laws. Their means of transportation to the wealthier neighbourhood is on his beat up scooter. While there, he puts up with the jibes of his brother-in-law quite well, and Kiran appears reassured that her husband will behave himself at her family home. But when the ‘darwan’ calls irritably to Yashwant and orders him to remove his parked scooter to make way for the posh cars arriving at the celebration, he loses his equilibrium and all the years of humiliation come back to haunt him. The couple leave without having dinner, and as the camera focusses on their faces, we see them silent in their own worlds; an abyss opening up between them; neither of them able to stop the widening gulf.

Both Mishra and Khanna are fine actors. He has this self deprecatory facade that he puts on to hide his feelings. It is both funny and sad, but it makes him unable to appreciate the people around him; not just his wife, but his daughter, neighbours and office colleagues. It is almost as if he has decided, in a pre-meditated sort of way, to be unhappy. All he has to do now is to present arguments that justify the reasons for his discontent.

The apartment he lives in at Varanasi may have something to do with his angst. It is a beautiful heritage home overlooking the Ganga, and all his memories are associated with it. But those walls have also encircled him into a world of the past. He is unable to reinvent himself and look at all the blessings life has gifted him with in the present – a caring and concerned wife, an innocent daughter and a decent job. It is a complex persona given to him by the writer and director of this movie, and Mishra does a great job of presenting it.

Ekavali Khanna plays a woman watching her husband withdraw into an impenetrable shell that she knows will cut her off from all future marital happiness. In desperation, she tells him the unthinkable; that she wants to leave. And he, in his cut and dry manner, says: ‘leave then’.

Ekavali has the rare facility to demonstrate both an inner and an outer life through the light and dark shadows that pass across her face. She reacts to her husband’s words and behaviour, with the dual emotions that people living with each other often do. You can read it on their faces. There is an outer shock and concern at what he says, and an inner sense of acceptance at what she has always known to be true about their relationship.

Unfortunately, the latter half of the film, which deals with the separation of the couple, switches over to a completely different genre and turns into Hindi film kitch. Included are a few ‘fantasy’ scenes, with Yashwant buying flowers and writing flowery love letters to his estranged wife. There is also a sub-plot with a doting husband (Pankaj Tripathi) who coos lovingly to his sick wife. Suddenly, out of the blue, in histrionic fashion, she croaks and kicks the bucket. End of sub-plot.

Given a subject and treatment that showed so much personal sensitivity and demonstrated such good cinematic skills till the halfway mark, this transition to melodrama is both sudden and unfathomable.